Microsoft showed off Gears of War 4 as the flagship game coming this fall to the Xbox One this morning during its lead-in event today at the Electronic Entertainment Expo trade show in Los Angeles.

Gears of War 4 is latest in a series that has generated more than $1 billion in sales and sold more than 22 million copies. To convince fans to keep on buying, Microsoft is sharing the game bit-by-bit to keep them on edge be before it his October 11. 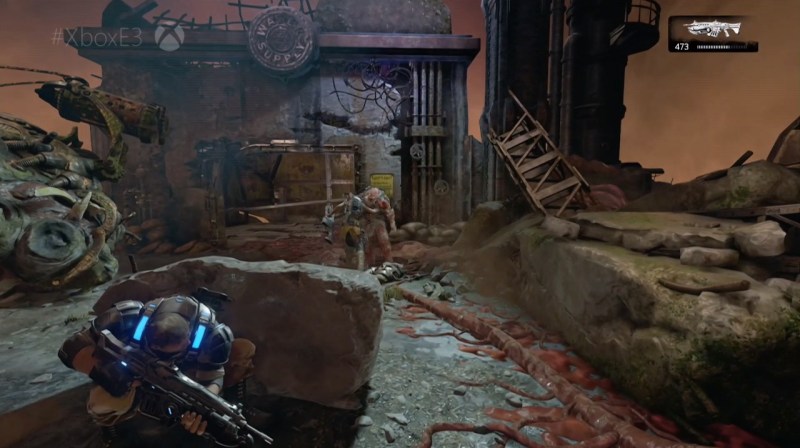 The game is set 25 years after the events in Gears of War 3. The new game stars JD Fenix, the son of Gears of War franchise hero Marcus Fenix. It is being developed by Microsoft’s The Coalition game studio.

Rod Ferguson, studio head of the Coalition, said you will be able to buy Gears of War 4 as an “Xbox Play Anywhere” title, where you can buy a game and play it either on Xbox One or on Windows 10.

Laura Bailey, the voice of Kate, appeared onstage (making it noteworthy that a woman was involved less than 5 minutes into the presentation) to introduce the segment. Kate’s mother has been abducted by a new threat, the Swarm.

Kate and a couple of other Gears heroes had to fight off some Swarm enemies. You can take them out with “yank and shank” move, pulling an enemy over a ledge and then cutting its throat. The battle takes place in a giant wind storm, with sand blowing sideways, as the Gears fight.

Kate says to one downed enemy, “Hey, you look like you need a pick me up.” She stabs him with a chainsaw bayonet, picks him up, and shoots its head off.

The scene closes as the Gears take out a giant monster. Kate says to it, “We’re getting my mother back. And we’re burning the goddamn hive to the fucking ground.” (The profanity was muted on the livestream.) Then she stomps on it. And the close of the scene, Marcus Fenix is an old man, and he says, “Welcome home, James.”

Just before the demo started, Phil Spencer, head of Xbox, opened the event and said, “To everyone affected by the recent tragedy in Orlando, our hearts are with you. The gaming community mourns with you.” 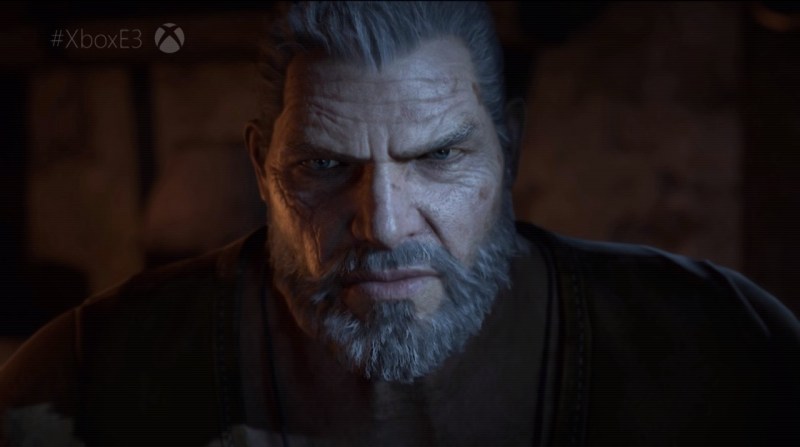