Ghost Recon: Breakpoint came out on September 5 for PlayStation 4, Xbox One, and PC, but the online tactical shooter has been a critical and sales disappointment. Ubisoft, however, is not giving up on the live-service game yet.

“We know that we have a lot of work ahead of us to get the game where you want it to be, and that not everything will be addressed or released as fast as all of you might like,” Ubisoft states. “Big changes can take time to make sure they are done right, but we still want to be as transparent as we can about the current state of development.”

The Ghost Recon series started back in 2001. Breakpoint is the 11th installment in the franchise, following 2017’s successful Ghost Recon: Wildlands. Ubisoft believes that releasing Breakpoint so soon after Wildlands without enough features setting apart from its predecessor is part of the reason for its cold reception. 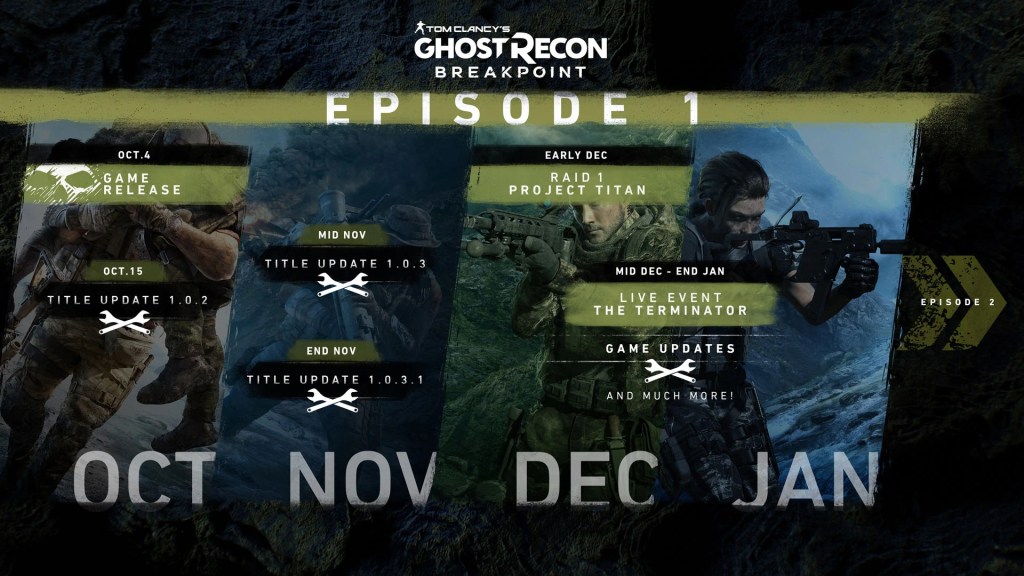 “One of the key elements of our vision for Ghost Recon is to immerse our fans in a gritty and authentic military experience,” Ubisoft notes. “In line with this vision and the feedback we received, we are working on a more radical and immersive version of Ghost Recon: Breakpoint.”

In other words, expect big changes.

Breakpoint isn’t the first Ubisoft game to have a rough start. Rainbow Six: Siege took months to gain a following after its December 2015 release, and that online shooter is now still popular. It’s not impossible for Ubisoft to turn things around for Breakpoint.