GitHub has announced a new plugin to make it easier for Unity game developers to access Git and GitHub without leaving Unity.

With the GitHub for Unity extension, which will be made available in alpha “in the coming weeks,” GitHub enables game developers to access their files and various versions through GitHub directly from within the Unity editing window. 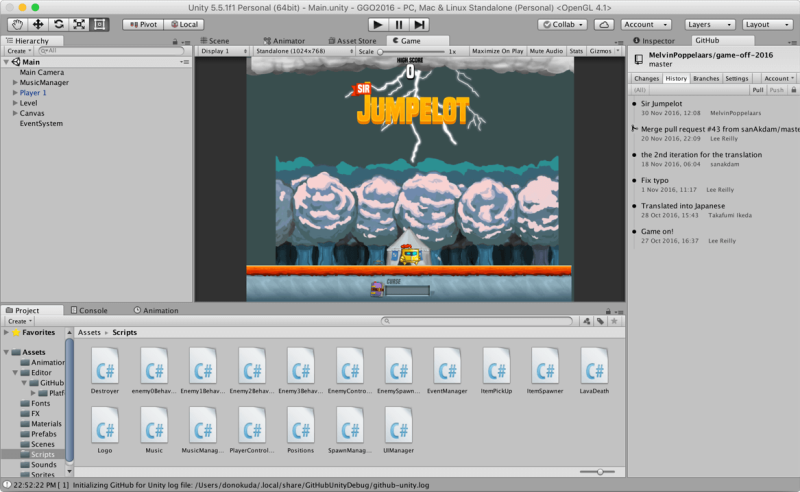 Above: GitHub in Unity

As Unity is one of the most popular cross-platform game engines, providing its developers a direct artery into the GitHub code-hosting world makes sense. The extension will allow game makers to collaborate on their Git projects, with support for file-locking to avoid conflicting edits, as well as Git LFS (large file storage), which helps users track bandwidth and storage consumption when large files are being transferred to a repository.

The code-hosting platform, which claims millions of users globally and has raised around $350 million in VC funding, recently launched a new search tool called Topics to help users find repositories based on common themes. And just yesterday, GitHub introduced a new Business tier priced at $21 per user per month.

Earlier this week, Unity Technologies — the developer behind Unity — gave a sneak peek of Unity 2017, the next incarnation of the game engine that’s scheduled to land sometime in April.