Glispa, a global performance marketing firm, announced today that it has acquired MoneyTap and relaunched its ad mediation platform under the name Ampiri. 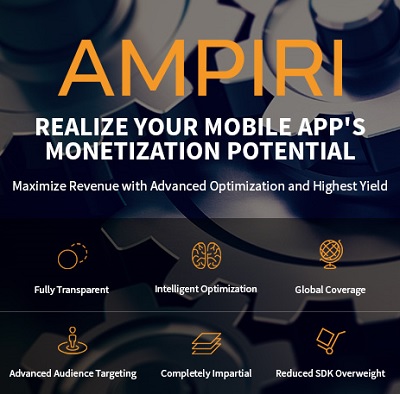 Berlin-based Glispa has been expanding its ad monetization offerings as part of bid to become a full-service marketing platform for mobile app and game developers. According to market researcher eMarketer, the worldwide mobile ad market will grow from $65 billion in 2015 to $133.7 billion by 2017. This growth is happening because it is easier than ever to figure out how effective an advertisement is at getting a user and then figuring out precisely how valuable that user is. And for Glispa, half the users are gamers.

Ad mediation is a technology that figures out which ad to use in a mobile game or app. It helps a publisher find the best available ad from a variety of ad networks. The Ampiri platform was initially created by MoneyTap, a startup that was incubated by two Russian game developers, i-Free and Creative Mobile. Glispa is taking it over and launching it as Ampiri, which is part of its Glispa’s existing ad tech suite.

Glispa’s Chief Marketing Officer will be speaking at this year’s VentureBeat Mobile Summit. The executive-level event features conversations about cutting-edge mobile growth strategies, and takes place April 4-5 at the scenic Cavallo Point Resort in Sausalito, CA. Space is limited to 180 executives — but it’s not too late to apply for one of the remaining seats.

Gary Lin, chief executive of Glispa, said in an interview with GamesBeat that app providers will have greater control of mediated demand sources, deeper insights into global audiences, and can maximize their revenue potential. Developers can have more control over the process of mediation, deleting ad networks that they don’t want to target or targeting certain smaller groups with ads, Lin said.

“By closing this deal, we have been able to accelerate the development,” Lin said. “We like that they were incubated by mobile game developers. They can maximize monetization through ads and complement our native formats. Their clear priority is making ad mediation as transparent as possible.”

With Ampiri, app developers can get a single software development kit (SDK) connecting apps to hundreds of ad networks and demand-side platforms. It can be self-serve or a managed service, with seamless mediation between ad networks and programmatic demand. Publishers can run campaigns and direct demand simultaneously. The system also lets the developer select the best ad network in every one of 200 countries. It supports a range of ad formats including native, banners, interstitials, rewarded and non-rewarded video, and high-impact, immersive video ads for user acquisition and monetization.

Ampiri blends the major demand sources into a single campaign selection algorithm, which optimizes in real time for developers to choose the best performing campaign out of direct demand, cross-promotion, ad-networks and DSPs. App developers can make fully informed decisions using the unique visualizations that show which networks are performing better than others at any given time. The level of transparency and control in Ampiri goes far beyond what is currently offered in the market, Lin said.

Glispa has previously been focused on native monetization and the supply-side of the mobile business for the past few years. Native monetization has been over 50 percent of the Glispa business (which is now on a $100 million a year run rate) and the company has been working with some of the world’s largest publishers including Baidu, Sungy, and Cheetah mobile. 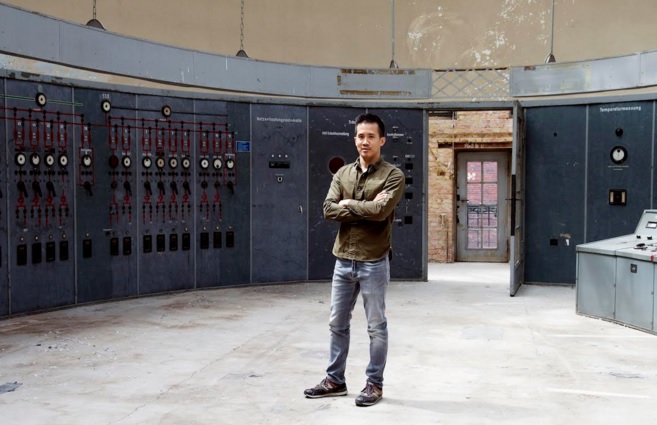 Freddy Friedman, chief product officer at Glispa, said in a statement, “After taking the time to grow our own monetization business and looking at every mediation solution on the market, we found that MoneyTap’s team and monetization platform are by far the most advanced, innovative and business-focused in the industry. Ampiri uniquely addresses the top three most important values that publishers are looking for: transparency, control and performance. The platform is able to address them all with more innovation and clarity than any other platform out there.”

Lin said that the companies have been working together for a while and have been able to align their roadmaps, even before closing the deal.

“Ampiri is an excellent combination of our monetization technology and glispa’s impressive market position and reach, creating the most powerful monetization solution in the market,” said Kirill Tyufanov, founder and CEO of MoneyTap.

The purchase price for St. Petersburg, Russia-based MoneyTap was not disclosed. MoneyTap has 15 employees, while Glispa has more than 180.

Back in March 2015, e-commerce vendor Market Tech Holdings of London acquired a majority stake in Glispa for $77 million.

Berlin-based Glispa’s tools can be used to plan and launch marketing campaigns on mobile devices and the Web, enabling app publishers to reach a more diverse set of users across the world through performance-based ads (those where the publisher gets paid if the user takes an action like installing an app). Glispa also goes beyond the install, tracking how much a user plays, how far they get into a game or app, and whether or not they wind up spending anything in a free-to-play title.

Glispa competes with other performance-based marketers such as Facebook. During 2015, the company launched its new Glispa Audience Platform is designed to take 100 terabytes of raw data — all anonymized and secure from hacking — and make it actionable. Glispa has an international reach of a billion active users and serves hundreds of billions of ad impressions monthly. Lin said that the platform contributed to significant growth in 2015.

The platform anonymously profiles users and their inclination to play certain kinds of games, their demographic information, and their purchasing habits. Glispa will integrate it into its existing services — such as its real-time bidding engines, re-targeting platform, native ad monetization, and mediation systems. Publishers can use this data to capture more users and improve their profits and overall ad campaign performance.