The global games business will grow to more than $100 billion by 2017. But there will be great turmoil as mobile games will generate more revenue than consoles on a global business as early as 2015, and physical store sales will “evaporate” in 2015, dropping below 20 percent of the market in the U.S., according to market researcher Newzoo.

Each year will bring us new disruptions for the game market, as traditional console and PC games give way to digital games on mobile and online platforms. How companies strategize around these changes will determine the winners and losers, according to Peter Warman, chief executive of Newzoo.

“Established names in the games industry are in for a surprise, especially by mobile challengers from both East and West,” he said. “Console manufacturers and developers will be tested, with an entire industry segment set to take a hard look at the future. Everything is fair game for disruption.”

Much of the global growth will happen in Asia, Eastern Europe, the Middle East, and Latin America.

Last year, global revenues of $75.5 billion exceeded expectations as China and mobile drove huge growth. From 2013 to 2017, the global games market is expected to grow 8.1 percent compound annual growth rate per year to $102.9 billion in 2017.

In 2014, Apple, King, Supercell, and Gungho Entertainment are expected to generate more game revenues than Nintendo, in terms of game software sold. First-quarter results verify that this prediction is on track. And the Asia-Pacific region is expected to account for 82 percent of the $6 billion in global game market growth, as the market reaches $81.5 billion in 2014.

By 2015, smartphones and tablets will generate more game revenue than console games, with more than 27 percent share of the world market. At year end, mobile games are expected to be $26.4 billion, compared to $26.3 billion for console games. China’s Tencent recently reported 40 percent growth in the first quarter from a year ago. If it continues to grow at its current pace, it will have 10 percent of the global game market by the end of 2016. That’s not accounting for any new acquisitions.

And physical sales will evaporate in 2015, dropping below 20 percent of the market in the U.S. In 2013, U.S. physical game sales were just over 30 percent of the total U.S. game market. The decline will escalate if publishers choose to embrace the advantages of digital-only releases. Store merchandise will shift toward exclusives, game credits, and Skylander style toy-game hybrids.

By 2016, China will overtake the U.S. as the world’s biggest games market with $25 billion in revenue, and the number of global gamers will surpass 2.0 billion, up from 1.6 billion in 2013. That 2 billion number is about 60 percent of the total global online population and 32 percent of the world’s population. The fastest-growing gamer segments will be tablet, smartphone, and massively multiplayer online games.

And by 2017, the mobile game market share will rise to 35 percent, or $35 billion in revenue. Global massively multiplayer online game revenues will equal those of consoles at $24 billion. And the Asia-Pacific region will be 49 percent of the market, or $50.5 billion. Latin America will also gain ground, growing at a rate of 14.2 percent a year.

In 2013, the top ten public game companies accounted for 44 percent of the global revenue. During that year, Apple generated about $2.4 billion in game revenues, or about the same that Nintendo got from game software sales. Google’s revenue in games, which comes from its 30 percent share of the Google Play store revenues, was about the same as French video game publisher Ubisoft’s 2013 revenue.

“It is to the markets outside of the US and Western Europe however, that the world will look to in the coming years for the largest indicators of growth and expansion. China in particular, with increasing online connectivity and tremendous consumption of mobile games, will spread its wings over the world games market with corporate powerhouses like Tencent capturing the flag from the West,” Warman said.

He added, “Time spend will increasingly equate to money spend as games transform from device specific experiences to digital entertainment brands. Consumers will increasingly demand the freedom to experience their favorite game brands in a format that satisfies their access and location needs, with the market adapting to satisfy them.”

Free-to-play and mobile screen access will grow in the West. And game franchises will branch out to alternative media and live events, such as competitive game tournaments. 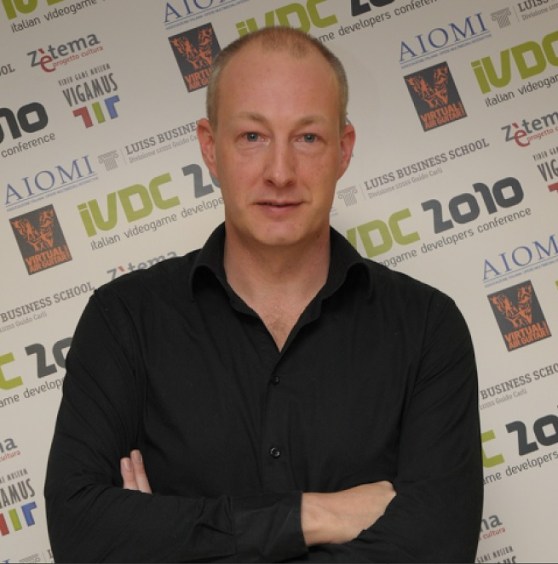 Above: Peter Warman of Newzoo