Glu Mobile was founded in 2001, and it has earned its place as one of the biggest and best-known mobile game companies. But it saw huge success with the launch of Kim Kardashian: Hollywood, in 2014. That put the company on the map, particularly with A-list celebrities and their followers. And now the company is starting to sign up more celebrities, such as Britney Spears, as the stars of future games.

Niccolo De Masi, chief executive of Glu, is the architect of this strategy. He’s going deep in celebrity games, and he wants to dominate that sector, and sign deals with celebrities who have more than a billion followers by 2020. Already, the company has deals signed with celebrities who have 650 million followers. At the same time, Glu is going to keep investing in its other games such as Deer Hunter and Racing Rivals. It’s quite a balancing act, but De Masi thinks that he can pull it off and keep everyone happy: fans, investors, celebrities, and employees. 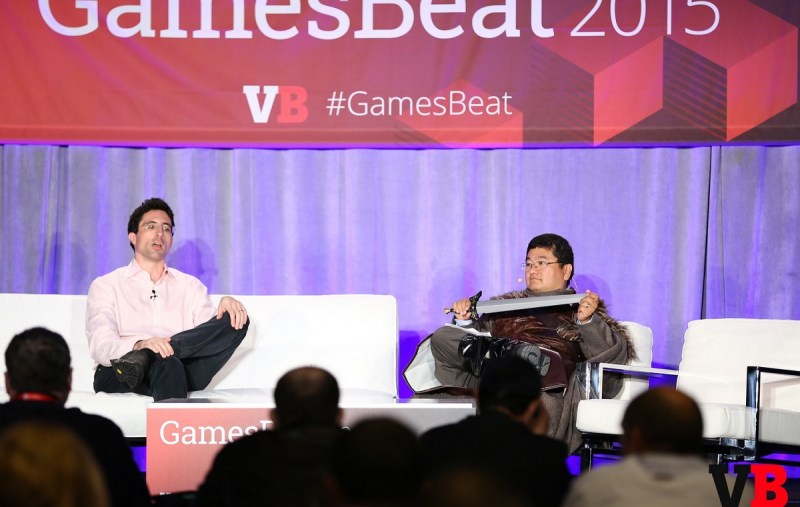 Above: Niccolo De Masi of Glu Mobile and Dean Takahashi of VentureBeat at GamesBeat 2015.

GamesBeat: A lot of people probably never heard of Glu Mobile until Kim Kardashian: Hollywood came out. Can you tell us some history about what came before that?

Niccolo De Masi: For those who haven’t heard the story — it’s probably been recited a few times in broadcast TV — I approached Kim in early 2013 about the prospect of working with her, taking her IP, brand power, social power, and effectively fusing that with a game engine we’d proven out, that had already been successful, around the concept of fame. We had a game called Stardom: The A-List, followed by Stardom: Hollywood, that we put out in 2011 and 2012. I suspected that there would be a great marriage between her strengths and ours in monetizing her social audience for gaming.

We began collaborating in the middle of 2013 and the game came out in 2014. It’s become a cultural phenomenon, I believe, because we’ve created a new category of interactive entertainment in a lot of ways. It’s a living, breathing game that’s based around a person coaching you from D-list to A-list. Ultimately, unlike all other IP — which typically come from the book space or movie space — this is something that is active and alive.

That’s been a big component of how we make this game successful, twisting up the physical and virtual worlds at every chance we get, every update we get. We try to follow Kim around the world. We try and keep current with what’s happening in her life. It makes players feel closer to her. Instead of having to wait for Sunday night to see the show, you can interact with Kim’s world six times a day. Five or six times a day for five or six minutes each time is about the average player experience that we find.

There’s obviously a big road map of celebrity games Glu is building. That’s probably what Dean wants to talk about for the rest of this session. But Kim is an innovator in this category. We think it’s very much here to stay. 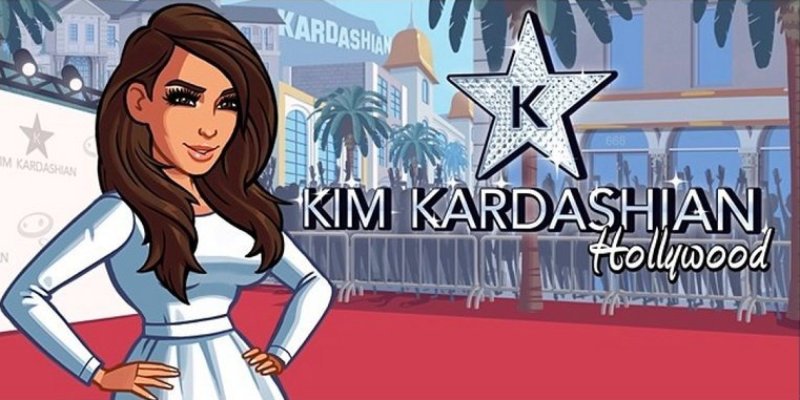 Above: Kim Kardashian’s game for smartphones and tablets.

GamesBeat: How many other games did you have before that in the portfolio? Has that morphed into having more emphasis on this one game, or one category?

De Masi: Glu’s been going since 2001. We’ve been public since March 2007. We build about a dozen games a year. We’re always believers that betting it on two or three games a year is a little risky. We’ve been bouncing around the low double digits for the last five years.

A lot of our games used to be very male and very shooter — Gun Bros, Contract Killer, Frontline Commando, Deer Hunter, Racing Rivals. This is where the bulk of our revenues were prior to the Kardashian game coming out. In a lot of ways, the Kim game is taking the best of both worlds. We’re merging some of the best more hardcore game mechanics with a very broad audience. Her social following, obviously, is very tech-savvy, very mobile-forward, and it translates quite well over to mobile gaming engagement.

GamesBeat: That’s an interesting stat. It distinguishes your celebrities from some other companies that are competing and copying. 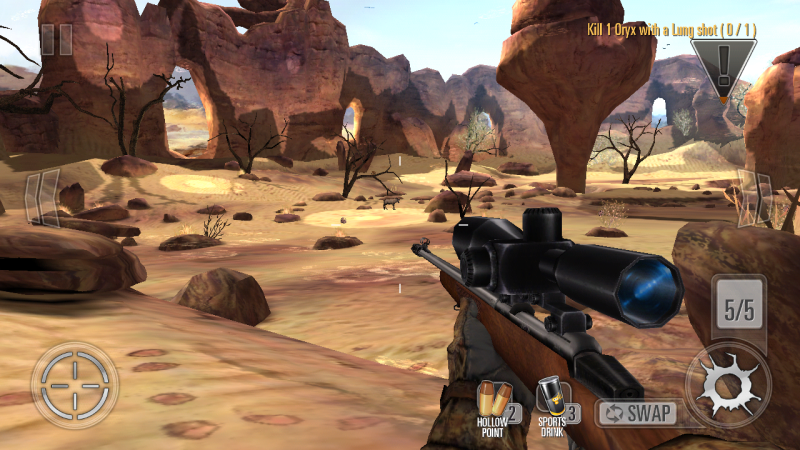 De Masi: We’re signing the biggest ones. If you want a chance at a $100-million-plus celebrity game, we feel like we’re the premier partner. People like Katy Perry, Nicki Minaj, Britney Spears, the Jenners, all of them are signed up to the Glu pipeline. Jason Statham is our first male partner.

The game mechanics will vary. It’s not going to be all the same narrative RPG engine. The Jason Statham game is obviously going to be a shooter. But what we think is unique about our approach is, we’re turning around the Tencent philosophy of taking a big social networking audience and building games on top of it. We’re trying to build social following for our games by partnering with people who have it already.

With that, Glu’s endeavoring to build a longer-term—Call it an annuity pipeline. Not only partnerships, but revenue streams. Gaming is the most effective way of monetizing social following, typically. What we’re trying to prove is that if we can get to a billion social followers or more through long-term five-year partnerships, we can be a unique asset in the game space, something that has a predictable portfolio of revenues that come for many years and a contractual barrier to entry around it.

GamesBeat: How broad and deep do you think this celebrity category is? We saw League of Legends come out. All of a sudden the MOBA category was established. But there’s a handful of titles that are successfully competing in that category.

Whether you’re an athlete, a TV actor, a reality star, a musician, everybody’s creating a personal brand. Fame is one of the oldest ideas around. I’m sure it’ll be around the next 100,000 years as well. To me it’s about trying to drill into the unique brand affinity and the unique mechanics that will allow multiple games to sit alongside each other and not cannibalize and compete directly.