Online games and brick-and-mortar stores that carry games have been fighting a tough war. But digital currency cards are making peace between them.

Online game publishers have turned to retailers to sell currency cards that let players buy subscriptions or virtual goods in online-only games. They’re ideal for kids who want to play online games but are too young to have their own credit cards or paypal accounts for online payments. 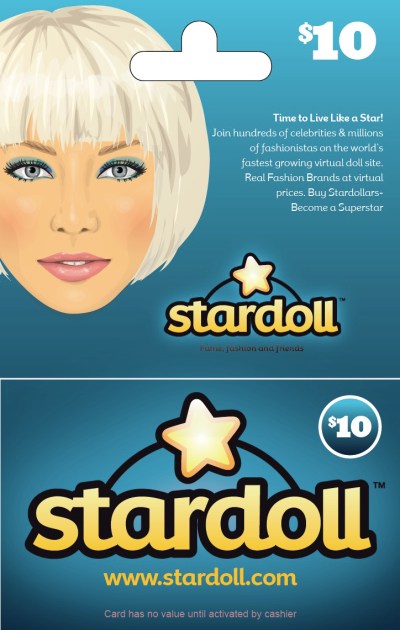 Los Angeles-based GMG Entertainment specializes selling these cards in thousands of stores across the country. The private company doesn’t disclose revenues, but Rob Goldberg, chief executive, said in an interview that the company saw an eight-fold increase in revenue in the fourth quarter of 2008, compared to a year earlier. GMG reported that January sales were also strong.

Various estimates place the size of the market in 2008 anywhere from $75 million to $300 million. The larger prepaid market for gift cards generates roughly $100 billion in sales a year.

The company’s team includes Jeff Mickeal, a former Yahoo veteran who is chief operating officer and chief financial officer, and Tim Pechmann, president and a former head digital entertainment buyer at Target. Pechmann, hired in 2007, was a key player in getting the gift card market off the ground. In 2004, he helped broker a deal to sell iTunes gift cards at Target stores with Incomm. The idea took off and spread through most retailers. Now iTunes cards generate hundreds of millions of dollars in revenues.

Retailers like the game currency cards because it gives them a way to cash in on online games in a way they couldn’t before. The cards are activated with a code at the cash register, so they can’t be stolen very easily.

In the game market, one of the pioneers was Nexon America, a division of a Korean game publisher, which launched game currency cards in partnership with Incomm for its free-to-play Maplestory game. GMG uses Incomm — which does a huge business in currency cards of all kinds — for its card activations.

Despite the recession, the card sales are growing because they’re new to consumers, they offer new revenue streams to game publishers and stores, and they fit with a low-cost style of playing games. Most of the games are free-to-play, meaning you can start playing for free. But when you want to subscribe or buy a virtual good, you can do so at a time of your choosing with the gift card.

Goldberg, who formerly worked at Launch Media, founded GMG as a consultancy in digital entertainment in 2002. He helped retailers and brands engage with consumers through digital merchandise, working with Pechmann and a team of others at Target. After Pechmann and his team got the iTunes card sales off the ground, he looked around for more things to sell via cards and couldn’t find them so easily. So he sought Goldberg’s advice. Now the company specializes in digital entertainment and game currency cards, distributing them to retailers such as Target, Best Buy, Toys ‘R Us and Wal-Mart. Soon, the company will start expanding overseas.

Competitors include game publishers who cut out the middleman and sell their own cards through video game retailers and mass market stores. Nexon does that with Maplestory, and Electronic Arts has cards out too. Others in the card activation business include Blackhawk Network. [Update: Karl Mehta of Playspan reminds me that his company’s Ultimate Game Card can be used as virtual currency in more than 300 games and is available in 25,000 stores.]

But Goldberg said his firm focuses on high-value service for big companies that don’t want to handle the card business on their own.

The company has 20 employees and has had only one angel round. Please check out our GamesBeat 09 conference on March 24.