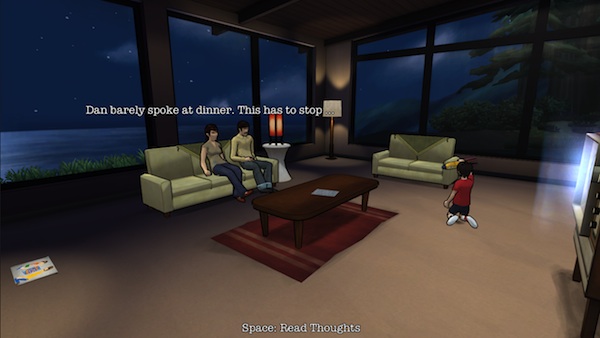 A huge Deus Ex fan, Kent Hudson’s first job in the industry was at Ion Storm Austin (a branch established by Deus Ex creator Warren Spector) as a level designer. While he was there, Hudson worked on Deus Ex: Invisible War and its PlayStation 2 port (the sequel to his favorite game) and Thief: Deadly Shadows. He later became a lead designer “on a short-lived pitch” for Thief 4. During this time, he switched his focus to system design, which he “immediately fell in love with and has been doing ever since.”

Hudson moved on to Midway Studios Austin where he became a creative director (Ion Storm closed its doors for good in 2005). While he called it “an incredible learning opportunity,” the studio cancelled his project, which was an unannounced open-world heist game. Midway eventually closed its Austin headquarters in late 2008 to cut costs. But like Ion Storm before it, the company would later fold following its filing for bankruptcy in 2009. 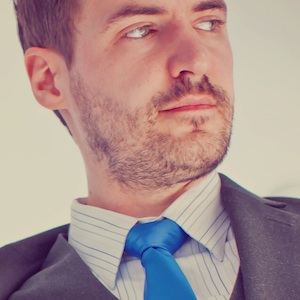 “From there I moved to 2K Marin, where I shipped BioShock 2 as a senior designer, focusing mainly on A.I.; although, I did some level scripting and miscellaneous systems work as well — after which I moved on to XCOM, now known as The Bureau: XCOM Declassified,” Hudson said. “I worked in a few different design lead roles on that project before quitting and moving on to LucasArts, where I was part of an effort to turn the studio around under new management. I worked on a small team developing a new concept with my friends Clint Hocking and Matthias Worch, but when it became clear the project would never make it out of the concept phase due to staffing issues, I quit that job and took the indie leap.”

The Novelist generated some buzz when Hudson released the first trailer (above) back in May. You play as a ghost haunting the vacation home that Dan Kaplan and his family are staying in. But your goal isn’t to scare the occupants. You have to help them. While Kaplan is the subject of the game — he’s a writer torn between working on his latest book and spending more time with his family — you’ll have to help his wife and son, too. You can read their thoughts and any notes or drawings they leave around the house and even dive into their memories to look for clues to solving their problems.

Technically, The Novelist isn’t Hudson’s first project as an indie developer. After he left LucasArts, he wasn’t sure what to work on. He eventually came up with a puzzle game for iOS devices, but aside from a few ideas he liked in the “fairly aimless” puzzler, he wasn’t satisfied with the direction it was heading in.

“I hated not working on something I was truly passionate about,” he said.

Something finally struck a chord when he dug through his game design notebook, where he found an old idea “about a ghost who haunts an ancient mansion that’s inhabited by a group of people who have just come from a funeral.” 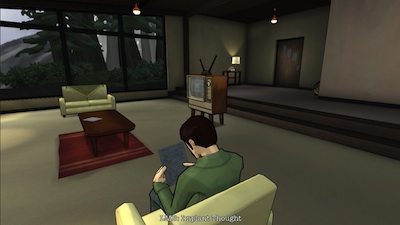 Above: One way to influence the family’s relationship is to “implant” thoughts into their heads.

“There were six people in a house, and you had the ability to modify friendships and romances between any of the characters,” Hudson explained. “I had big ideas about reuniting an estranged couple or reigniting old flames or causing disagreements between lifelong friends, but the problem I kept running into was that the relationships were so varied that it was impossible to convey any emotional resonance without a massive content burden. I ended up with a prototype where relationships were boiled down to numbers, and I had no real way to translate those numbers into compelling emotional content.

“So I started thinking of ways that I could create a scenario with such well-defined relationship types that no explanation was needed, and I eventually realized that a small family made a lot of sense: everyone knows what a parent, spouse, or child is. By extension, everyone knows why a given action would be good or bad for a marriage, or make a child happy or angry with their parent. Suddenly, I didn’t have to explain anything about the context of the relationships, meaning I could dive much more deeply into how those relationships work and make those magical numbers mean something because all games boil down to numbers if you drill down far enough.

“Once I’d established the family, I just needed a counterpoint — something to provide tension. I realized that many people struggle with the question of whether they should focus on personal accomplishments and chase their dreams or whether they should focus on having a strong family. Those are both worthy goals, and that question really weighs on me because I don’t know the answer myself. So once I hit upon that central question, I realized I could make a game about relationships, including a person’s relationship to their work, and take advantage of universal concepts that everyone could relate to.”

Hudson is planning to release The Novelist toward the end of the summer for Mac and Windows, with a Linux version to follow.

“The flip side [of going indie] is that I have a fraction of a percent of the resources available at a large company, so I have to be extremely careful about what I pursue and what the scope of my game is,” Hudson said. “But I believe in liberating constraints, and the lack of triple-A resources has led to some features I really love that I never would have found if I hadn’t had to think — well, I suppose that thinking inside the box would be the appropriate phrase here.

“Another thing that really hit me was the sense of isolation that comes from working alone. I’m sure it’s different for people who are working as part of startups or small teams, but I’ve been building this game by myself in my apartment — with the notable exception of the 3D art, which was created by my friend Serg’s art outsourcing company CGBot — for a year and a half now, and it’s been really tough to keep motivated every day. I’ve done some consulting during my indie phase, and I’ve also started going to a coworking space in San Francisco three days a week, but for the most part, I’m going it alone. That’s been harder than I expected; I didn’t appreciate how great it was to work with creative people every day until that opportunity was gone.” 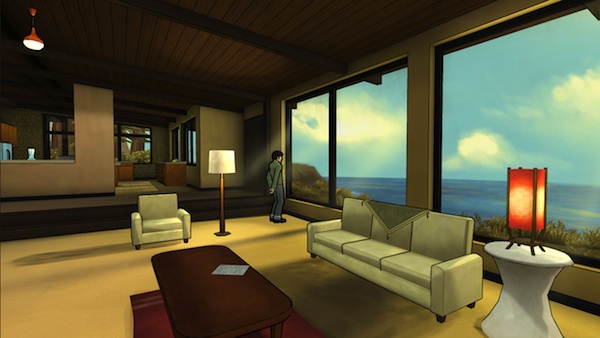 Above: Dan and his family can see you if you’re in their line of sight, so you’ll have to move around carefully.

“I see [indie games] as a place where people are taking creative risks and expanding what games are capable of,” Hudson said. “Although, I don’t expect to see a ton of the success stories filtering back up to triple-A games; it’s hard to imagine one of the publicly traded mega-publishers doing a big-budget 3D version of Cart Life. But at the same time, there are so many platforms that enable great indie games to reach large audiences that I think the indie game industry can really thrive on its own.

“And I’ve definitely seen a big trend among my colleagues toward going indie. I’m friends with the gang over at The Fullbright Company, who are making Gone Home, and a few of my friends from the 2K Marin days have quit their jobs to work on solo projects as well. We keep up to date with chat rooms and video chats during the week, and we frequently give each other feedback on our games or brainstorm new ideas, which has been a huge help for me — the special thanks section of the credits for The Novelist is getting long! I think we’ll continue to see more people leaving triple-A for the indie space as long as large companies continue to struggle with massive budgets, the higher fidelity requirements of the new consoles, and the continued risk aversion that leads to retreads and sequels instead of new ideas, but I don’t think the triple-A industry will collapse or anything dramatic like that.

“My hope is that the entire industry, triple-A and indie alike, will stabilize in a way that gives every developer a chance to work on the things they’re passionate about and gives every gamer the kind of experience they’re looking for.”