These hot sales for 2K21 come as Electronic Arts and Nintendo plan to release golf games in the next 12 months. Nintendo is launching Mario Golf: Super Rush on June 25. That game brings the franchise to Switch for the first time. EA, meanwhile, is building a direct competitor to PGA Tour 2K21 with its EA Sports PGA Tour. In a tweet on May 17, EA confirmed that it is releasing PGA Tour in 2022.

For its part, HB Studios and 2K Games plan to counter EA by teaming with Tiger Woods.

“We are very excited about the growth potential for the PGA Tour 2K series, especially as 2K has agreed to an exclusive, long-term agreement with golf legend and icon, Tiger Woods, to serve as its executive director and consultant,” reads Take-Two’s financial report. “We believe this will enhance the series’ ongoing innovation and authenticity.”

2K confirmed over email today that it will still be making a PGA Tour 2K games.

“2K still has the PGA Tour license and the PGA Tour 2K franchise will continue in the future, We’re not ready to make an announcement regarding the next game just yet,” a spokesperson said.

Of course, neither EA or 2K’s game have King Bob-Omb. 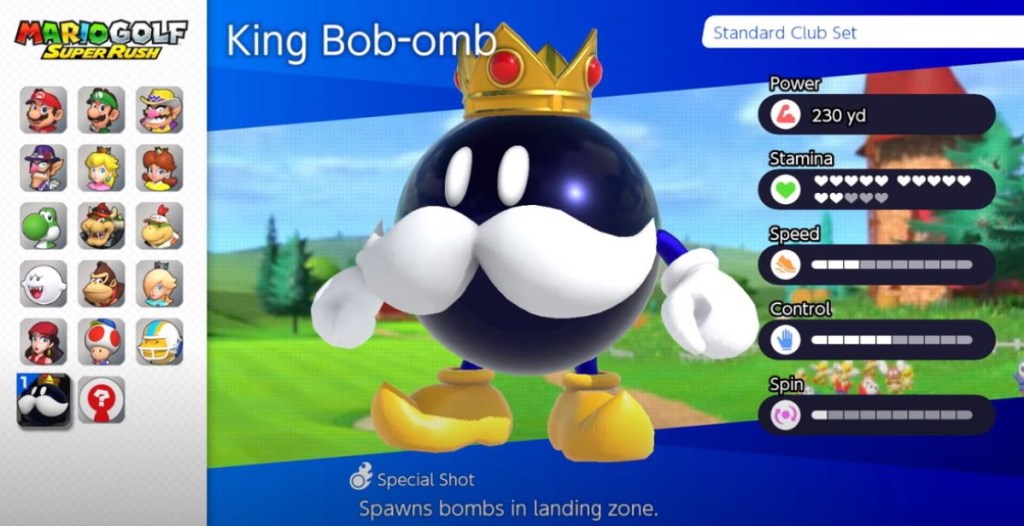 Above: A real king.

And really, isn’t that better than Tiger Woods?