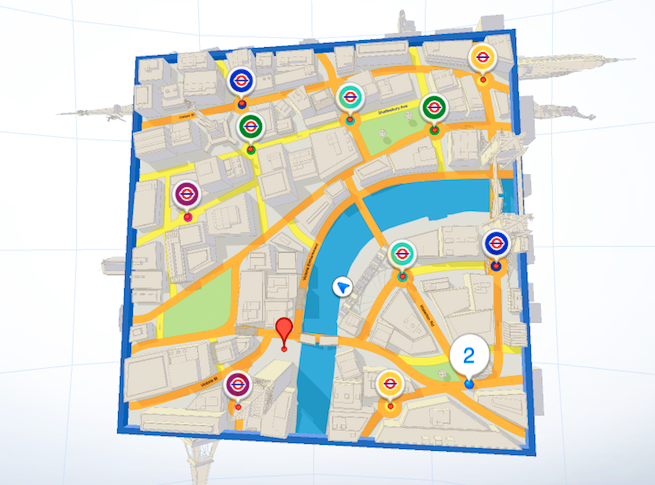 Ever wanted to lead a ball through a maze and learn about Google Maps at the same time? Me too. Google has released its Google Cube game, to be played once and forgotten. 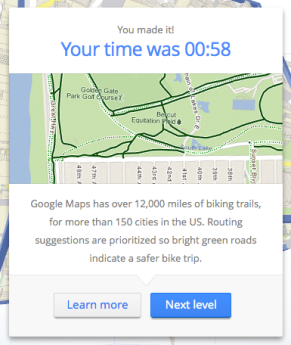 It’s fun to play for novice gamers (see: me) or someone looking to kill some time, but at its core, it’s a promotional vehicle. You go through eight different levels: Manhattan, San Francisco, Paris, London, Tokyo, Las Vegas, the Mall of America, and a mix-match of all the different cities combined. You must use your cursor to guide a little blue ball through a maze of city streets and mall hallways to reach predetermined locations. After you complete one of these levels, a box will pop up and tell you how long it took you to finish the level and a little fact about how Google Maps can make your life better. It drops a couple mentions of Google Maps for Android in there as well.

You can access the game through playmapscube.com. There is currently no mention of it on the Google Maps or Google+ Games websites. The “playmapscube.com” site is probably a tester until Google decides to dump it, or integrate it with its products. I can’t imagine there will many return-players to this, one, though.

The game was originally suspected to be for Google’s social network, Google+. After launching Google+ in June, the company quickly added games to its social features in August. It’s direct competitor, Facebook, has allowed games for a while now and makes a significant amount of money from those games (particularly from Zynga). Obviously, this puts a lot of pressure on Google to compete, but it doesn’t look like Cube is intended to be for the Google+ audience. Indeed, you can Facebook Like and Tweet your scores.

Though the game itself is fairly lackluster, the promo video for it is actually pretty cool and involves a real, large cube turned by people in white gloves. Check it out: