Pokémon Go took the world by storm in July 2016 when it debuted with game characters embedded in real-world maps. Now Google is making it easy for any game developer to do the same thing with Google Maps through the Unity game engine.

With the new Google Maps application programming interface (API), it will be much simpler to create games based on real-world locations — yet animated in reimagined ways such as a medieval fantasy or bubble gum candy land or a zombie-infested apocalyptic city.

Next Games is making a version of The Walking Dead based on the real world, using the Google Maps technology. And NBC Universal and Ludia are making a new Jurassic Park World game debuting on mobile.

To make “mixed reality” or “augmented reality” games, developers have to first understand the real world, said Clementine Jacoby, product manager at Google Maps. In an interview with GamesBeat, she said that developers will now have access to the entire world, with details on the constantly changing globe updated in a real-time. If a flood wipes out some roads, you’ll see that reflected in game maps.

“Google Maps and game developers both spend a lot of time and energy on one thing, which is modeling a world for their users to explore,” Jacoby said. “The richness of the game world will define how good a game will be. We have seen this incredible progression, but it’s becoming more expensive and time consuming to create these game worlds. Even a world as big as Grand Theft Auto V is only as big as downtown Manhattan.” 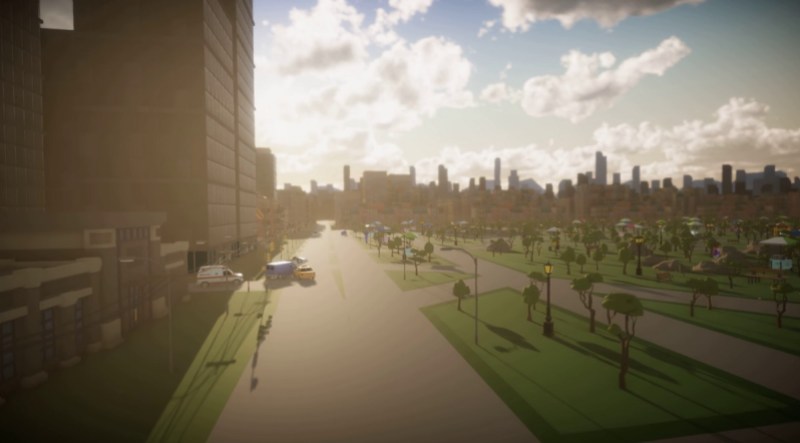 Above: Game developers can start with the real world and then transform it into a fantasy.

So the Google Maps team, which has been working on its maps since 2005, went to work on making a version of Google Maps just for game developers.

“Our goal is to turn the real world into a playground,” Jacoby said.

The Google Maps API makes it easy to convert real-world fixtures like buildings, roads, and parks into game objects in the Unity game engine, which is used by millions of developers. Developers can take those objects and animate them, adding texture, style, and customization to match the look and feel of a game world.

It can become almost effortless to convert a world from modern to medieval. It will be trivial to turn a river into a lava bed, Jacoby said.

“With Google Maps data integrated into Unity, we were able to focus our time and energy on building detailed virtual experiences for our users to find virtual dinosaurs in the real world,” said Alexandre Thabet, CEO of Ludia, in a statement.

The maps will give developers access to rich, accurate, and living data on the world with more than 100 million 3D buildings, roads, landmarks, and parks from more than 200 countries. With Unity, you won’t need Google Maps expertise. More than 200 games are in the works. 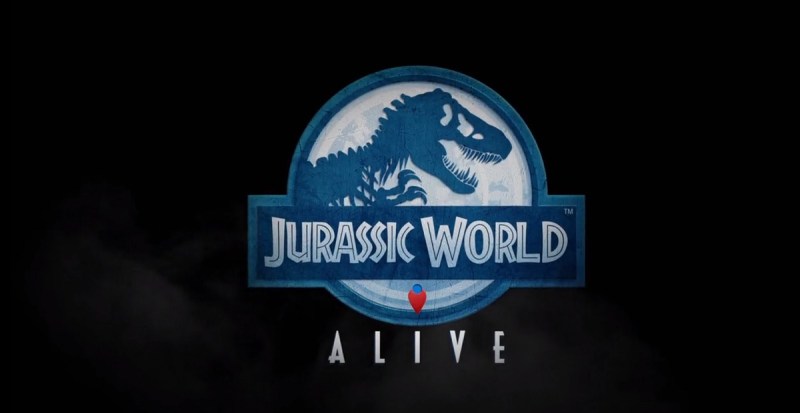 Above: Jurassic World Alive is coming to mobile.

“We are excited to partner with Google to provide the most up-to-date and rich location data to enable us to create an immersive experience tied to your location,” said Teemu Huuhtanen, CEO of Next Games, maker of The Walking Dead game. “When new buildings or roads are built, we’ll have access to them in our game. Google Maps’ unrivalled location data, covering world-famous landmarks, businesses and buildings, like the Statue of Liberty, Eiffel Tower, London Eye, Burj Khalifa, and India Gate, makes exploring your surroundings a breathtaking experience.”

433, another game studio, is working on a new game dubbed Ghostbusters World, which will also use the new maps technology.

Google will show a live demo of the tech at the Game Developer Conference next week in San Francisco.