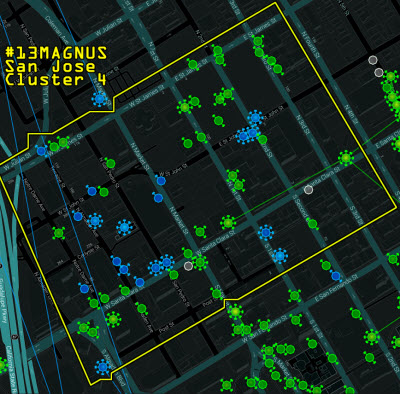 Google’s Niantic Labs has been experimenting with an augmented-reality mobile-only game called Ingress for nearly a year. And now Ingress is gathering momentum thanks to real-time events in cities across the globe, including an event that stretched across six cities last weekend.

Augmented-reality games overlay a fictional virtual environment atop the real world, and Ingress is a step into a future, where augmented reality is common and playable across wearable computing devices such as Google Glass.

“We had all of this great geographic data and devices coming down the pipeline like Glass and wearable computing,” said Brandon Badger, the product manager for Ingress at Niantic Labs, in an interview with GamesBeat. “So we saw an opportunity to build more interesting user experiences in the gaming realm. The idea behind Ingress was to get people off the couch and moving in the streets.”

During last weekend’s event, Ingress fans gathered from two different factions to do battle with each other at public monuments, which are portals between worlds in the sci-fi story behind the game. More than a million people have downloaded the Ingress app to date, and hundreds of thousands are actively playing it.

Ingress was created by an autonomous team dubbed Niantic Labs in Google’s San Francisco office as well as teams in Los Angeles and Mountain View, Calif. It includes members of the teams that created Google Earth, Maps, and Street View. It’s one of the games that you can play using Google Glass, but it works on any Android smartphone.

The project is built around the same “adventures on foot” theme that Google started with the Field Trip app for Android. In that app, you receive notifications about places of historic interest on your smartphone as you pass by those places. Like Field Trip, the purpose behind Ingress is to get people more connected with the local community around them, including public art. Niantic was set up by John Hanke, the creator of the Field Trip app and founder of Keyhole, an Earth-visualization technology that Google bought and used as the foundation for Google Earth. 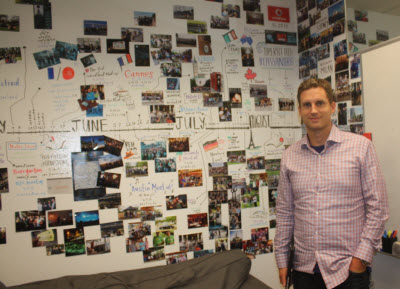 Above: Brandon Badger of Niantic Labs

In Ingress, public art exudes a life energy that gives players bonuses in the game. Players can pick up energy Pac-Man style by walking down the street, gobbling up energy points on their smartphones as they take certain paths. The players have to solve puzzles, find energy, decipher hidden messages, and figure out the plot of a massive global conspiracy.

“You can get reconnected with people in your community in the real world,” Badger said. “If you spend more time in parks, you might care about them more. It motivates people to get out, and we see them report that they’re losing weight.”

The sci-fi element comes in with the ability to pretend you’re in an alternate reality. You can be like a secret agent, with a heads-up display (especially using Google Glass) where you can see virtual overlays on the real world. You can pick up items like shields, weapons, and power-ups and use those to capture or defend portals. Your aim is to take over as much territory as possible around the world. You can only do that through massive teamwork.

In the game, one faction dubbed the Enlightened has identified portals to an alternate universe at public sculptures and is excited about what they might mean. But another faction dubbed the Resistance is wary of them, especially the “mind-hacking” that happens around the portals. 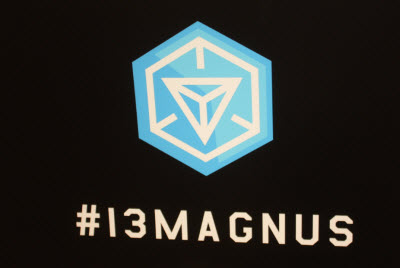 Above: #13Magnus is taking place across 35 cities.

If you get near a portal, you can hack the portal in order to take it over for your side and benefit from the energy concentrated around it. That energy has an influence on human minds and is a spark for our creativity.

Over the weekend, the Enlightened won the battles in Bangkok, San Jose, Santa Fe, and Montreal while the Resistance won in Vancouver and Los Angeles.

Badger said the game was inspired by entertainment such as the Lost television series. The project encourages movement, and it makes people strike up conversations with total strangers, who may or may not be playing the game.

Google’s team publishes an Ingress Report, or news of the week in the game. Players can come up with their own mission ideas, submit them, and then perform them if the Niantic team approves.

At the events, agents can meet each other for the first time, play the game, and then have a beer at a nearby bar. Last summer, the team staged Operation Cassandra in 13 cities. This fall, Operation #13Magnus will take place across 35 cities. Ingress runs on the Google App Engine, and it will soon run on iOS as well as Android. 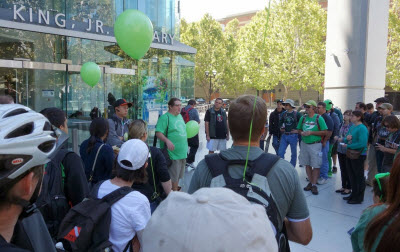 The title is free to play, and Niantic is experimenting with a sponsorship model. For instance, it worked with the Jamba Juice smoothie chain to make its stores into portals. In New York City, the Duane Reade pharmacies are portals. Ingress is already preinstalled on phones like the Droid Ultra, and the players who use it will have access to a power-up known as the Ultra Strike.