Google Play’s download lead was just 25 percent in the equivalent quarter last year, but emerging markets, such as Brazil, Thailand, and India, have driven explosive growth in Google Play activity since then, according to a report from mobile research company App Annie. As smartphone adoption increases in these markets, the revenue gap between Google Play and iOS, which fell slightly to 60 percent last quarter, should continue to shrink. 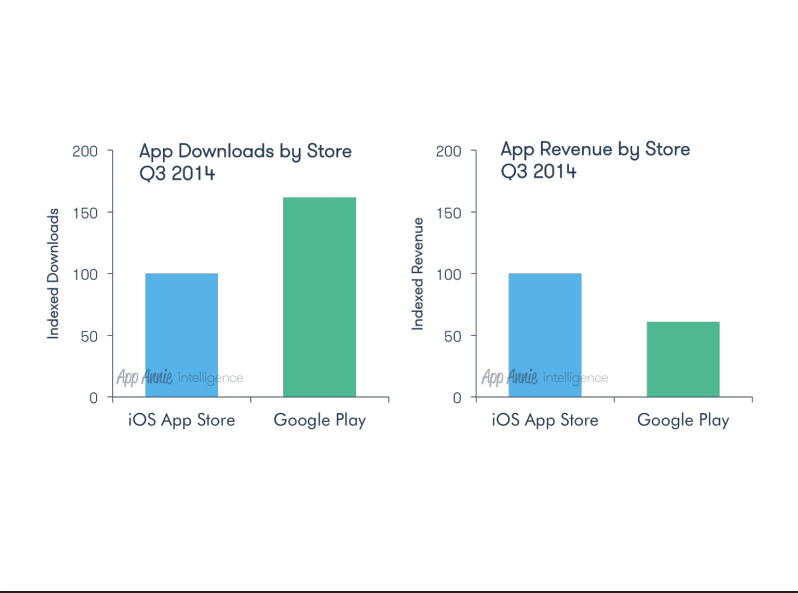 Above: Google Play led iOS by 60 percent in downloads, but is still way behind in revenue.

The report notes that games have traditionally accounted for the majority of Google Play’s worldwide revenue, which is a trend that continued last quarter. In fact, nearly all the revenue growth for Google Play in South Korea and North America came from gaming. With the worldwide mobile gaming market expected to double from $17.5 billion to $35.4 billion by 2017, this remains a priority area for mobile developers.

From the emerging markets, Brazil and India significantly helped drive Google Play downloads last quarter, according to App Annie, with Brazil’s download market share increasing by more than any other country.

App Annie also notes the importance of Indonesia, with the fourth highest population in the world, to the continued growth of Google Play. Downloads there have increased by double digits for the past nine quarters, and smartphone penetration is forecast to double to over 40 percent in the next four years, partly thanks to a young population and a growing middle class. 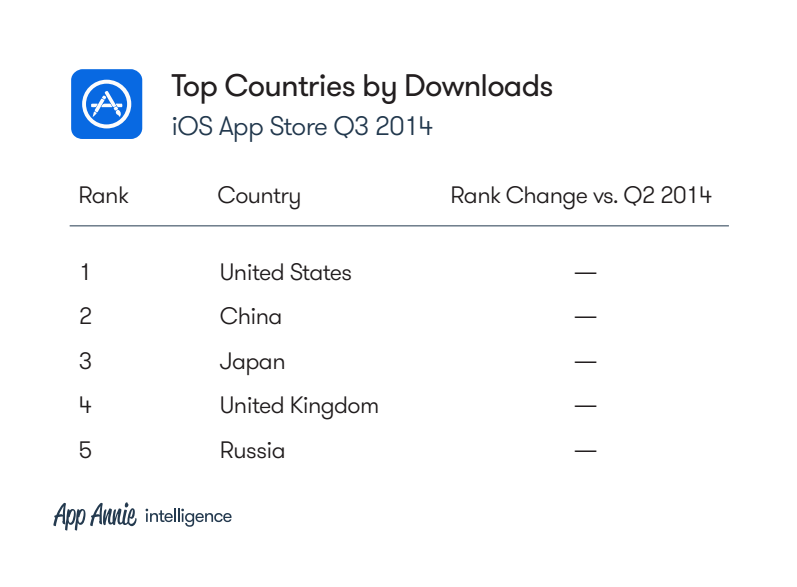 Above: The top countries by download for the iOS App Store last quarter. 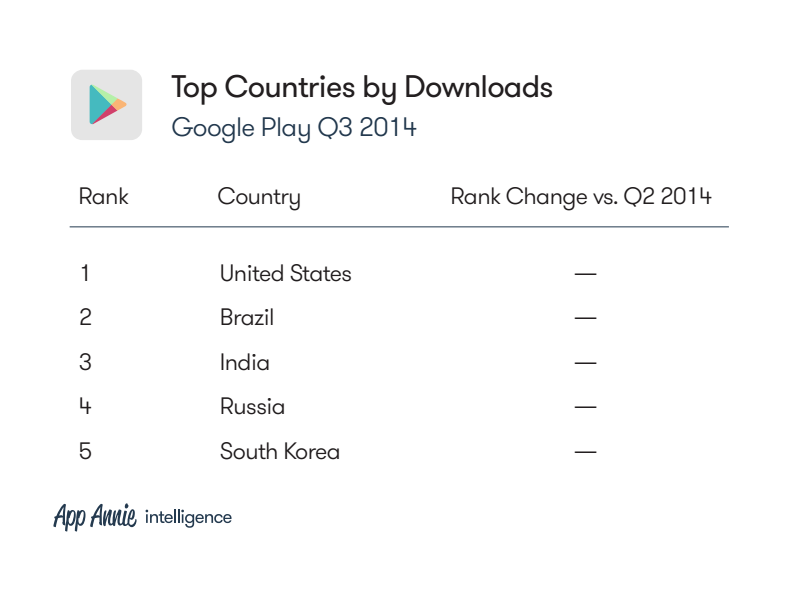 Above: The top countries by download for Google Play last quarter.