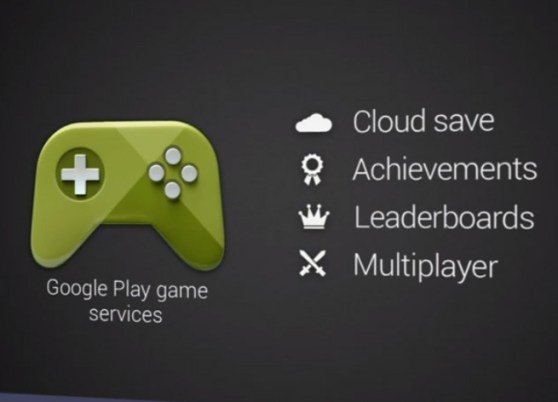 Android finally has its answer to iOS’s Game Center.

At the Google I/O conference today in San Francisco, the company announced Google Play game services, a new set of  features that expands what developers can do with their games.

The most notable feature of Google Play game services is that it’s cross-platform, which means it also works on both iOS and the web. Apple (and maybe even console makers such as Microsoft, Nintendo, and Sony) should take note.

Another major feature is support for cloud saves. You can save progress on one device — say, a tablet — and pick up where you left on completely different one.

Google Play game services also supports matchmaking and multiplayer games. But Google’s demo of this functionality failed, so we couldn’t get the best idea of how it looks in action.

This also touts achievements and leaderboards, which are mandatory features for any gaming service these days. Players can see how they rank compared to both friends and the rest of the world. (This, as you might expect, links to back Google+.)

We’ll have more as Google announces it.