In 2016, nearly 300 million new users adopted Android devices from emerging markets such as India, Brazil, and Indonesia. That helped mobile games on Google Play get better traction, according to a post by Paul Bankhead, director of product management at Google Play.

And last year, more than 100 million new users were able to access locally relevant forms of payments (such as direct carrier billing or gift cards) helping more people globally access and buy their favorite apps and games on Google Play. Google disclosed the new information at its annual developer day at the Game Developers Conference in San Francisco.

“The expansion of Firebase provided the tools and infrastructure to support developers throughout the life cycle of their game with features like real-time analytics, push notifications, storage, and ads,” Bankhead said.

To streamline the integration, Firebase is now completely available for C++ and Unity developers. And to help with game discovery, Google Play has begun tuning algorithms to optimize for user engagement, not just downloads.

“This is one of our ways to reward quality, which for games means promoting titles with stickiness (strong engagement and retention metrics) as well as a more traditional measure like a high star rating,” Bankhead said. 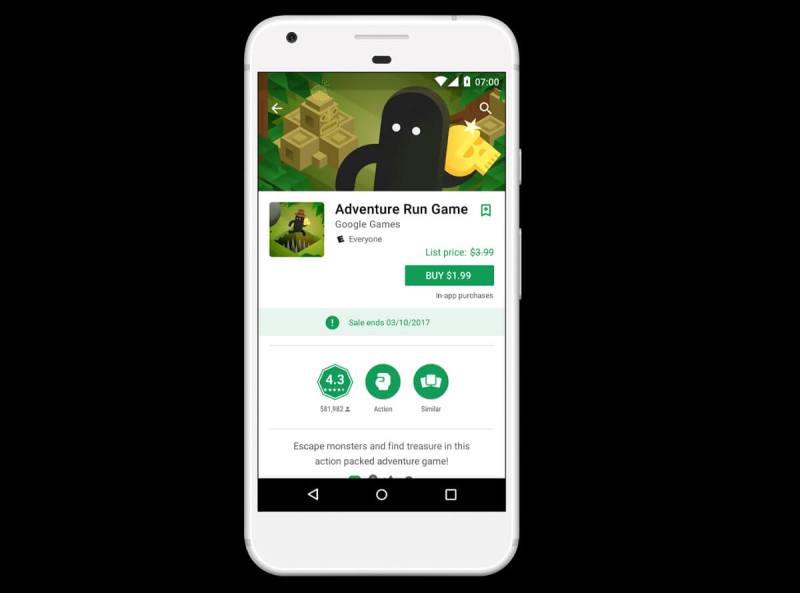 “During our pilot phase, developers saw a three times to 20 times lift in installs during their promotions,” Bankhead said.

And Google Play is launching new editorial pages on the Play store launching later this month. These pages allow editors to hand-select games exemplifying optimal gaming experiences on Android. They allow users to explore different game styles and genres with editorial reviews on themes such as epic role-playing games and top racing games.

Google also unveiled new games that are available for pre-registration on Google Play. One of those is Transformers: Forged to Fight, Kabam’s high-definition, action-fighting mobile game set in an immersive world.

The game will feature authentic Transformers “more than meets the eye” action, allowing players to engage with Optimus Prime, Megatron and many other popular Autobots and Decepticons in a 3D environment based on a new engine. The game will be available worldwide on April 5, 2017.

Battle Breakers is a new frenetic tactical role-playing game from Epic Games, powered by Unreal Engine 4. A fantasy sci-fi cartoon adventure, Battle Breakers lets you recruit and build a dream team from hundreds of unique heroes to battle monsters as you take back the Kingdom, one break at a time.

Virtual Rabbids by Ubisoft allows players to communicate and interact directly with the Rabbids. Your actions will impact the scene around you with hilarious results. Ubisoft has a history of being a pioneer on new platforms, and this lighthearted game makes full use of the Daydream controller.

Beartopia is a cooperative multiplayer village game by Spry Fox. Make friends, work together and grow a thriving community. The title shows what it’s like when bears move to a new town and face the reaction of native residents.