Google has reached a deal to buy game livestreaming firm Twitch for $1 billion, according to a report by Variety.

Citing unnamed sources, Variety said that Google has made an all-cash offer, and the deal could be announced soon. If confirmed, the deal will underscore the value of live Internet streaming and the rise of competitive gaming as a spectator sport.

“We don’t comment on rumors or speculation,” Google said in a release today. 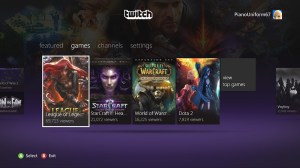 Twitch declined to comment to GamesBeat. Meanwhile, the Wall Street Journal said that the talks are in an early stage.

Google’s YouTube division is reportedly in charge of the acquisition, which would represent a significant transformation of YouTube’s business. Google acquired YouTube in 2006 for $1.65 billion

San Francisco-based Twitch enables users to broadcast their own gameplay sessions on the PC, Xbox One, or PlayStation 4 to spectators. It enables both competitive gamers and average players to gain fleeting fame by entertaining those spectators, who sometimes number in the millions.

Twitch began in June 2011 by Justin Kan and Emmett Shear, co-founders of Justin.tv. The site was one of the first to host livestreams, or real-time videos of something that was happening at that moment. Shear is still CEO of Twitch.

Twitch has raised about $35 million from Bessemer Venture Partners, Alsop Louie Partners, WestSummit Capital, Take-Two Interactive Software, Thrive Capital, and Draper Associates. Rivals include Major League Gaming, but while MLG holds its own tournaments, Twitch itself doesn’t do that.

In March 2014, Twitch represented 1.35 percent of all Internet traffic, according to Sandvine.