Gram Games was running out of cash in 2014, and then Istanbul-based company made its fortune. It released 1010!, a Tetris-like puzzle game that has been downloaded more than 100 million times. That game saved the company and helped it move on to other mobile game hits.

It is one of the rare success stories in the world in casual mobile games, and it is benefiting from the ongoing growth of the $40 billion mobile game business.

Now Gram Games has expanded to London, opening its first office outside of Turkey, said Kaan Karamanci, cofounder of the game company in an interview with GamesBeat at the recent Game Developers Conference.

“We’ve got really good metrics for 1010!,” said Karamanci. “It’s a one of those special games. The games have grown in a viral way, as we never had a massive marketing budget to promote these games.” 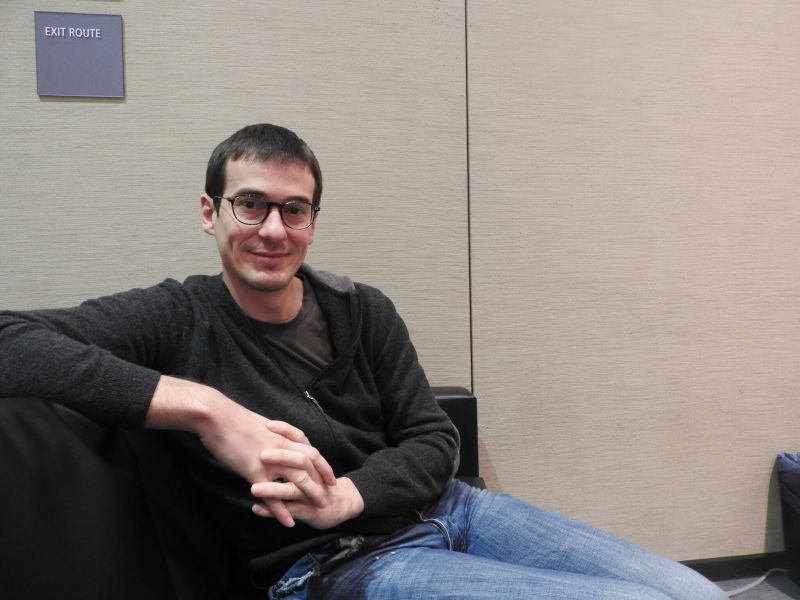 Above: Kaan Karamanci, cofounder at Gram Games, at GDC 2017.

The company has about 45 people. Ten of them just moved to London.

Gram Games has also released other fun casual puzzle games such as Six!, Merged!, Lumino!, and 1010 World!. It is still run by Mehmet Ecevit, CEO and cofounder.

Turkey has its share of successes in gaming, largely because mobile gaming has leveled the playing field in game development. Successes include larger companies like publisher Peak Games as well as small indie outfits like GameBra.in, making of Hocus. Many of the indie developers are small and want to stay that way, making games for the love of it.

New games are on the way, including titles that are based on established intellectual properties, Karamanci said. But he’s not showing them publicly yet.

“Some people say mobile games are stalling,” Karamanci said. “I don’t really feel that way. A good product still stands out. Competition is still fierce, but good products are still good products, and that is what we are focused on.”