Rockstar Games said Grand Theft Auto: The Trilogy — Definitive Edition will arrive on the consoles and PC on November 11.

The games will be launching on the PlayStation 5, Xbox Series X/S, PS4, Xbox One, Nintendo Switch, and PC via the Rockstar Launcher. A mobile release is set for the first half of 2022. The console and PC launch is a pleasant surprise because Rockstar fans were disappointed earlier this year when Rockstar said that Grand Theft Auto V on PS5 and Xbox Series X|S had been delayed from its November release and would instead launch in March 2022. Little did we know that something else would take its place.

The remake was been rumored for quite some time, as a rating was spotted for it in South Korea. Earlier this year, Take-Two CEO Strauss Zelnick (Take-Two is Rockstar’s parent company) mentioned to VGC that the company’s strategy was that remakes/remasters should never be a simple porting job and should include tech and visual improvements.

Above: A scene from Grand Theft Auto III.

Aaron Garbut, head of development, co-studio head at Rockstar North, said in a statement, “GTA III helped clarify our approach to making games, and it’s something that has stuck with us in every game we make, from GTA III through to GTAV, the Red Dead Redemption series and everything else: we are focused on building worlds — and on making these worlds as believable, detailed, interesting, varied and alive as possible. We want to make worlds that you feel like you are living in, that feel dynamic and filled with other characters. Where it’s not just a façade that comes alive around you and for you, but as real a place as we can manage, and one that is filled with stories, characters, events and fun, interesting things to do.”

Each game in the trilogy is being enhanced for a new generation. Grand Theft Auto: The Trilogy – The Definitive Edition will be available digitally on November 11 through the PlayStation Store, the Microsoft Store on Xbox, Nintendo eShop, and the Rockstar Games Launcher. The physical release will come for Xbox Series X|S and Xbox One, Nintendo Switch, and PlayStation 4 on December 7.

Above: Carl “CJ” Johnson remains one of the few black protagonists to star in Grand Theft Auto: San Andreas.

If you haven’t played the games before, they happened to get Rockstar into hot water with the folks who wanted to censor games, as San Andreas had a hidden sex scene on its disk that wasn’t supposed to make it into the final game. Rockstar had to pay a $20 million fee to settle litigation that came from that case. But the games also redefined the meaning of an open world, where characters were free to roam a big city and engage in hilarious action, cinematic storytelling, classic characters, and memorable music. Controversies aplenty came up in the days when the game industry was still litigating its right to free speech.

The Definitive Edition features new GTA V-inspired modern controls, plus across-the-board visual enhancements such as resolution upgrades and improved visual fidelity across the world, and much more to faithfully tune and improve upon all three games, while also maintaining their distinct original aesthetic. 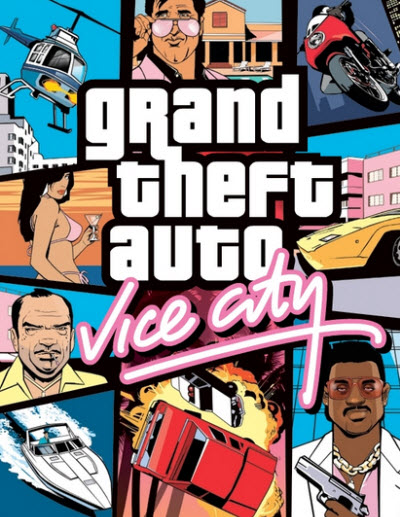 Additional enhancements across all three titles include a completely rebuilt lighting system; improved shadows, weather, and reflections; upgraded character and vehicle models; along with new higher resolution textures across buildings, weapons, roads, interiors, and more. It also features a range of environmental upgrades including all new foliage, smoother surfaces, and increased draw distances to provide a new level of depth and clarity throughout the world.

It was adapted to modern platforms by Grove Street Games using Unreal Engine to make the classics more vibrant and more immersive, celebrating the legacy of the series that redefined interactive entertainment and helped propel video games to the center of culture, Rockstar said.