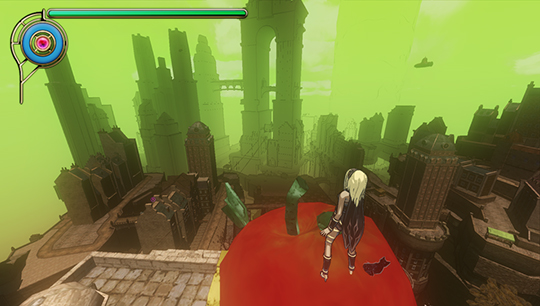 Since launching in February, the PlayStation Vita really hasn’t had that “must own” title that every new piece of hardware needs. Sure, we’ve seen ports of PlayStation 3 games (like Mortal Kombat and MLB 12 The Show) and new editions of popular Sony franchises (like Uncharted: Golden Abyss and Wipeout 2048), but Sony has yet to release something original enough, impressive enough, and — most importantly — fun enough to showcase why people need a Vita.

Well, enter Gravity Rush, an open-world, physics-bending game developed by Sony Computer Entertainment’s Japan Studio. The concept alone and the fact that it’s a new intellectual property immediately earn it top marks in the originality department, but can the gameplay match up?

Oh, what a (gravity) rush

The main selling point of Gravity Rush is obviously the ability to control and play with, you know, gravity. A push of a button makes you float off the ground, and another press sends you flying in the direction you aim. Since you can stop mid-air and readjust your course, you basically have the gift of flight. Landing on a surface will readjust gravity, so the side of a building becomes as easy to walk across as the ground below.

Yes, the mechanic is as much fun as it sounds. The citizens of Hekseville, the city the game is set in, nickname the game’s protagonist, Kat, the Gravity Goddess. It’s a fitting title, because you really do feel god-like as you zip across the city and use the laws of nature as your plaything. The whole thing can be disorienting, but in the best my-mind-is-blown kind of way. 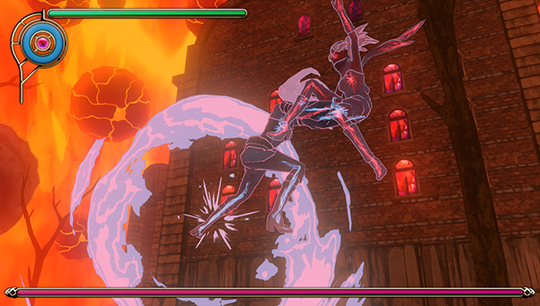 Gravity manipulation also has its uses in combat. While Kat does have some basic ground-based attacks in her arsenal, she can also send herself diving at her foes with a kick that’s more powerful the further it is from its target. She can also grab small objects in a stasis field, which she can use as ammunition to fling at the bad guys. These are all clever ideas that encourage aerial combat on a scale usually reserved for superhero movies.

A beautiful world to explore and enjoy

Gravity Rush creates a lush, living world that is a joy just to look at. Most of the game takes place in Hekseville, a large, industrial city held up far above the clouds by a large pillar. From the entertainment district, which glows with an atmospheric red light, to the downtown area, which is littered with skyscrapers, the whole world is a pleasure to explore. Plus, the city is built in layers, which encourages you to use your gravity shifting to discover out-of-the-way areas that you couldn’t easily access just by walking and jumping.

Of course, if beauty alone isn’t enough incentive to search every nook and cranny of Hekseville, exploration is also a great way to find gems scattered around the town. You can use these to level up your abilities, like the strength of your attacks or the speed of your gravity skills.

The characters look just as good as the world, thanks to a great use of cel-shading, a graphical technique where characters and objects are surrounded by a thick outline (you may have seen cel-shading in The Legend of Zelda: The Wind Waker or Jet Grind Radio). Strong, charming personalities and well-written dialogue make the cast just as appealing characteristically as they are aesthetically. 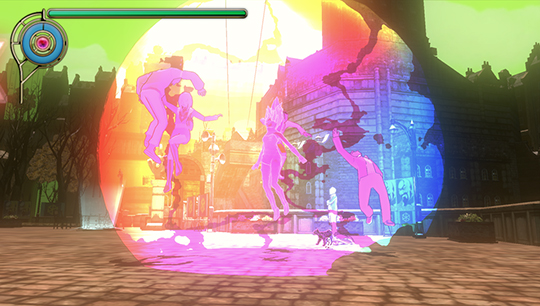 And while we’re on the subject of beautiful things, I really have to applaud the music. The sounds of Hekseville are just as pleasing as the sights, thanks to a standout soundtrack that perfectly complements the moods of the city.

A lot of Vita launch titles fell victim to the hazardous pitfall of touchscreen gimmicks. Uncharted: Golden Abyss, for example, was a fun time except for when it made you needlessly rub your system a hundred times to simulate the “joy” of charcoal rubbings. It was beginning to feel like a rule that every game for Sony’s newest portable hardware required lame, contrived touch controls.

Gravity Rush does use touch mechanics, but it does so cleverly. For example, holding the bottom corners of the screen causes Kat to “gravity slide,” sending her gliding while you tilt the Vita to steer. Releasing one of the corners lets you drift, and shaking the system makes Kat jump. It’s a fun way to get around quickly that actually works better and is more functional than it would have been with just buttons.

Open-world games like Gravity Rush are usually plagued with technical glitches and performance issues (like a woman’s face getting replaced with a donkey’s in Red Dead Redemption), so it’s surprising how proficient the title is, especially since it’s on a portable system. Slowdown is rare, and I didn’t notice any major graphical blemishes during my 10 hour playthrough. 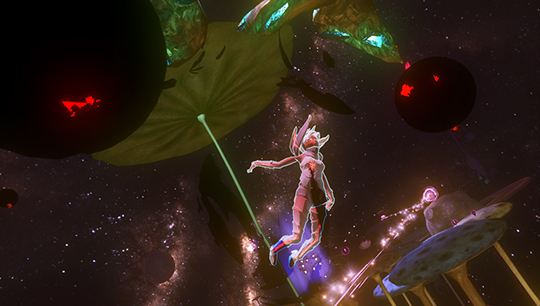 SOE Japan Studio even does a great job of handling the the issue of draw distance, which determines how far away you can see objects. Buildings and landscapes further off lose their detail (thus taxing the hardware less) but gain a thicker outline, a brilliant artistic method that helps the game look like a comic book brought to life.

Loading can sometimes take awhile, especially before and after side missions, but that’s a pretty small annoyance that is easily overlooked.

The plot does a good job of progressing the action and allowing the characters to grow and interact with each other, but you’ll still have a lot of unanswered questions after the credits roll. I guess these were left vague for a potential sequel or maybe downloadable content, but major conflicts introduced in the very beginning of the story and confusing concepts about the origin of the game’s world are never explained. In fact, if the title didn’t tell you when it was about to end, you’d probably be surprised that things were wrapping up already.

This isn’t to say Gravity Rush is short, and if you’re going to have a problem, I suppose leaving your players wanting more is a good one to have, but I still can’t help but feel a little unfulfilled by the ending. 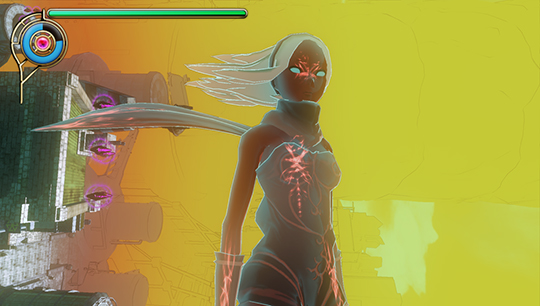 Gravity Rush is one of the best open-world games available, portable or otherwise. The atmospheric world, likable cast, and clever, entertaining mechanics make it a title that you can easily sink many joyous hours into, even if you spend a lot of them just flying around the city and hunting for gems. I don’t know if anyone is going to go out and buy a Vita just for this one game, but if you already own the new system, you really should experience all the gravity-shifting mayhem for yourself.

Gravity Rush comes out on June 12, 2012 for the PlayStation Vita.  A copy of the game was provided by the publisher for the purpose of this review.