Video games that Quantum reminds us of: Master of Orion, Galactic Civilizations (sort of) 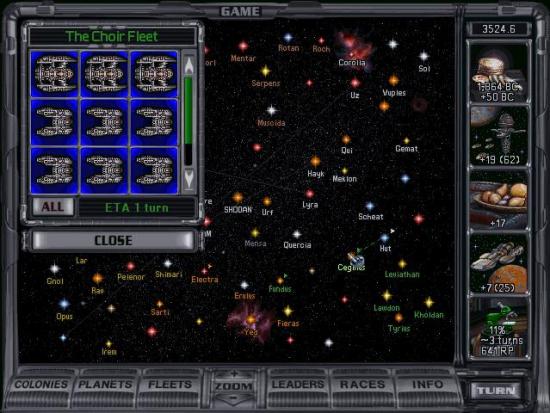 Above: Master of Orion: one of the all-time classic space strategy games. [MoO2 pictured here.]

More than one person whom I’ve taught Quantum to has independently called it “clever.” And that’s just from me teaching them the rules, before we even started playing. That’s because Quantum is a little more abstract than your average board game yet extremely accessible and still blanketed in a cool theme and a slick design — a four-way combo that’s not so common in the tabletop market.

Credit most of this to Eric Zimmerman, a not-so-common creative type. He teaches game design at NYU, he makes board and video games, and he’s created some far-out-there experiences that we wish we could play in person. (See his portfolio for more.)

Compared to some of his other work, Quantum seems to be one of the more grounded (for something that takes place in space). But few can deny just how interesting the concept is. 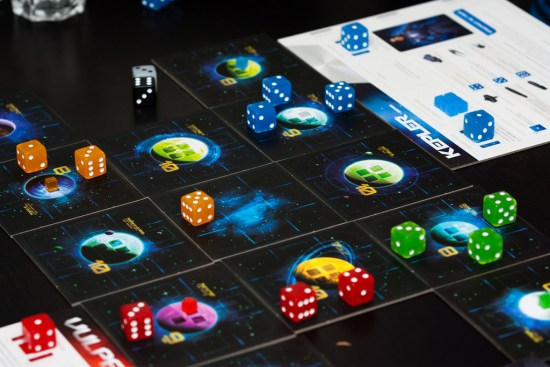 This strategy game involves a map made up of several square, modular tiles, most of which feature a single planet surrounded by eight spaces for dice to sit in. Dice in Quantum represent different spaceships, and their numbers correspond to speed and firepower, in an inverse relationship. Higher values are faster and weaker; lower values are slower and more powerful. A six Scout, for example, can move up to six spaces on the board but isn’t much of a threat to the other plastic pieces. Meanwhile, a one Battleship can barely move on its own, but it has the highest chance to win a direct skirmish.

The numbers, besides indicating how many spaces that die can move, represent different ships with different abilities. A six Scout can transform into another ship with a reroll. A five Interceptor can move diagonally on the grid-based board. A four Frigate can transform into a three or five when activated. A three Destroyer can warp and trade spaces with another friendly die. A two Flagship acts as a transport and can carry another die around with it. And a one Battleship gets a free, bonus attack into an adjacent space.

Players position these dice around the map, attempting to control territory, take out other ships, or secure planets for game-winning resources and bonus “advance cards” that provide special powers. In a way, it bears some similarities to chess, but let’s face it — Battleship vs. Destroyer is much cooler than bishop to blah blah blah.

But of course, the reason why we’re writing about Quantum in the first place is because it has some video game ties as well. “I was very inspired by 4X-style games — open-ended strategy games that focus on the 4 Xs: expansion, exploitation, exploration, and extermination,” Zimmerman told GamesBeat. “There is a legacy of 4X space games on the computer and also on the tabletop, but for me the seminal games of the genre are PC games like Elite and Escape Velocity — experiences that are a bit like a space version of Sid Meier’s Pirates! You can explore space, take on missions, fight enemies, become a pirate, etc. Players have a lot of freedom.

“Quantum isn’t quite as open-ended as those games, but the idea of choosing your own way to play — customizing your fleet by rerolling ships and choosing advance cards — is definitely something that comes from those games. I also think that the idea of selecting a strategic approach from a variety of options also comes from 4X PC games. To be honest, Quantum is probably more like a 2X game, but the spirit of the genre is there.” 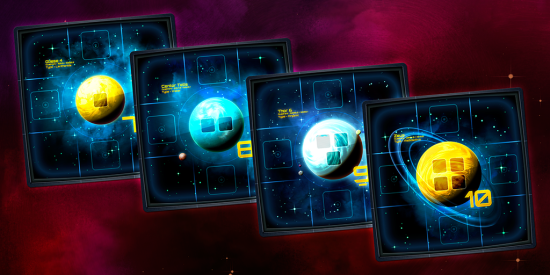 Well, at 2X, Zimmerman is technically only halfway to a traditional computer game, but these Xs aren’t his creation’s only connection to the digital world. With the tiles allowing for different layouts, Quantum gives the players the option of creating their own maps and setups, similar to many video games. “We have essentially put a level editor into the game box,” said Zimmerman. “For me, the sweetest pleasure of being a game designer is seeing your players do things you never expected them to do. I am always surprised that paper game designers don’t include more of it in their thinking. What we call ‘user-generated content’ in the video game world is a very powerful way of extending the life of a game and deepening player experiences.” But you don’t need that DIY mentality to enjoy Quantum — the included map setups are more than sufficient.

Like I said, Quantum is a little abstract, so it may look a little strange at first: regular dice as spaceships? Why not, you know, spaceships as spaceships? Like, dice with pictures of spaceships on them? “We went with ‘classic’ dice pips for a few reasons,” Zimmerman told us. “Primarily, I just found that recognizable dice are just easier to scan. You can look at the board and immediately see the state of the game. No translation needs to happen — you just look at the board and ‘get it.'”

Bottom line: What started off as an idea for an office-whiteboard game (simple layout, units with one easy-to-comprehend stat, one move a day) has, over four years later, turned into a very fascinating tabletop title that will exercise — but not tax — your noggin. It’s difficult to relay just how cool Quantum is without going over the gameplay in more detail, but that’s for other websites to do (you can find plenty of reviews and videos online). It’s extremely simple, elegant, and awfully pretty to boot. That killer box art is hard to miss, so … don’t miss this one.