This new, ongoing series covers tabletop board or card games that video gamers should dig. Check here for more. 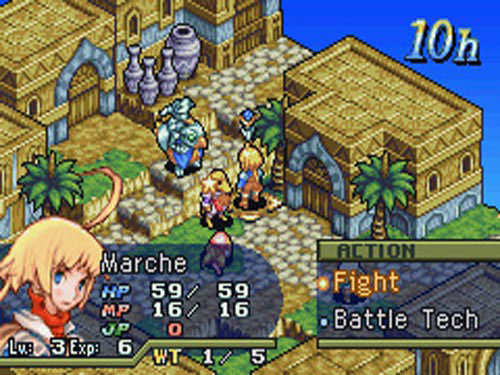 Above: Final Fantasy Tactics was a big influence on Summoner Wars’ designer.

You can make chess even more nerdy by modeling the pieces after, say, The Simpsons, Star Wars, or The Lord of the Rings characters. But even if you’re trotting Gandalf around the checkerboard, you’re still just playing chess in the end. The bearded wizard ain’t exactly lobbing magic missiles at a bunch of Orcs.

And you know you want to lob those magic missiles. Or swing a huge, limb-tearing broadsword. Or summon fierce monsters instead of boring pawns. Or, well, do anything actually cool. Chess is a legit game, but if you want something that’s more Dungeons & Dragons and less Bobby Fischer, then check out Summoner Wars. 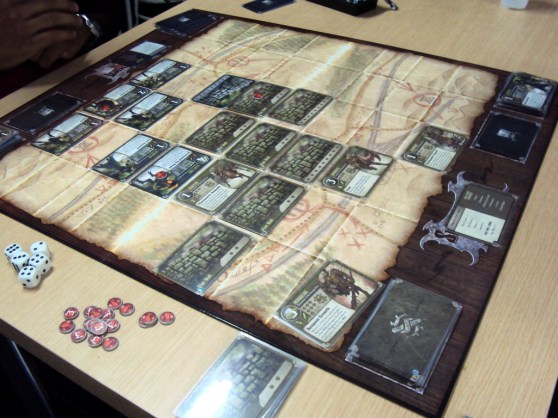 This tactical board game has two players facing off on a 6×8 battlefield grid, each commanding a different army that, unlike in chess, do not mirror each other. One player, for example, might be running the Mountain Vargath, who rely on board position and brute strength, while the other may be playing the Benders, who use sneakier tactics like mind control. The big-box Master Set comes with six asymmetrical races, but you can also try the game out for cheaper with one of the many two-faction packs. You can also expand the game with additional, separately sold decks.

Yup, decks. The “playing pieces” in Summoner Wars are actually cards. They may not look as impressive as 3D, sculpted figures, but hey, you’ll look cooler playing this than with your Lord of the Rings-themed chess set.

Each faction comes with its own deck of unit and special-power “event” cards. You start off on one side of the field with some troops already in play, including your unique Summoner — the “king” if you will. He is the leader of your army, and if he dies, you lose. But as long as he’s alive, he can summon in more warriors to fight on your side, paid for by “magic points” (represented by defeated and discarded cards). 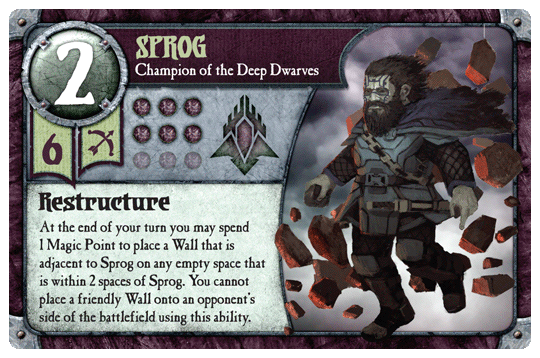 On the board, these combatants fight each other using melee or ranged attacks, basic movement schemes, and special powers that may alter battle conditions. In that way, the combat system is more akin to turn-based strategy video games like Fire Emblem, Heroes of Might and Magic, or another fan-fave classic: ” I do think that Final Fantasy Tactics made an impression on my design sensibilities,” Summoner Wars designer Colby Dauch told GamesBeat. “That was a favorite of mine.”

What makes Summoner Wars so appealing is its simplicity. The rules are easy to grasp, and almost anything else you’d need to know is printed right on the cards. Yes, “tactical” is the right way to describe the game, but it’s very approachable, with straightforward mechanics. It’s a lot less intimidating to play than many tabletop wargames but still offers enough strategic depth to make sessions feel rewarding.

Although you can customize your decks (or buy new ones), this isn’t a collectible card game like Magic: The Gathering. You don’t have to deal with blind, mystery-package booster packs that also serve as black holes for your money — each deck is self-contained and the same whether you buy it in Washington or Florida, so you’d never have to buy more than one of them. But with the healthy variety of factions in the Master Set, you won’t have to worry about purchasing anything else to expand the game — unless you get addicted like we did.

Bottom line: If you like the idea of a more fantasy-driven, chess-like experience without the “years to master” business, you have plenty of options in the world of tabletop gaming. But Summoner Wars is one of the most popular and recommended — and for good reason. It’s easy to jump into and play, and the mix of asymmetrical armies make it so fun to keep coming back for more.