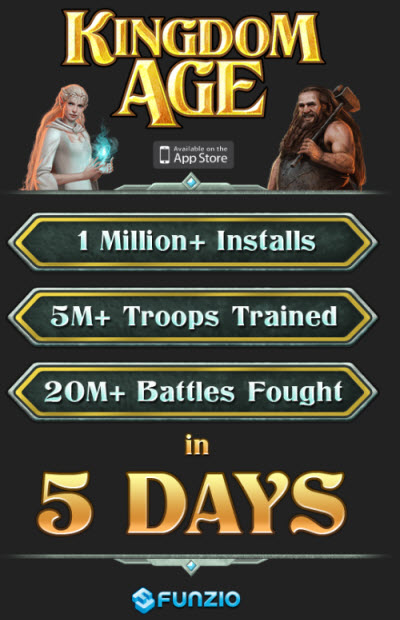 Funzio has the rare distinction of having three games that have all garnered big audiences. Over the weekend, as we noted in our story earlier today, Funzio’s three games were all in the top 25 grossing apps on Apple’s AppStore.

Gree is a billion-dollar-plus company in Japan with more than 50 million users who play games on its mobile social network. It is in the midst of expanding into the U.S. market and plans to launch its platform in the second quarter.

Funzio calls its titles “mid-core” games that are hardcore in terms of subject matter but can appeal to a wider audience that plays for a shorter period of time. The company’s three hit games are Crime City, Modern War, and Kingdom Age. Kingdom Age got more than 1 million users in its first five days on the App Store.