Japanese publisher Gree continues its expansion into the West with the launch today of its new Android exclusive mobile game, Rage of the Immortals.

Developed with Iugo Mobile Entertainment, Rage is a card-based role-playing game in which you collect heroes to fight against an evil enterprise bent on world domination — you want to gather the toughest bunch on the block. It’s free to play, like many other mobile games — which is the fastest growing sector in gaming. And Japan’s Gree wants more of that market, especially in the States, where the free-to-play model hasn’t caught on as it has in Asia.

Iugo Mobile Entertainment and Gree’s San Francisco-based U.S. division developed the game. It is now available on Google Play. It uses still images in its battles, rather than fluid animations where the fighters move their bodies. It was one of a bunch of titles that Gree recently showed at an event in San Francisco as it strives to be one of the major players in mobile games.

Rage of the Immortals is a narrative-driven game, but it isn’t too wordy, as the story is conveyed via text bubbles. The corporation is stealing fighters and using their elemental power. To level up your own fighting squads, you can combine one fighter with another to make a stronger fighter. As you do so, you burn two cards and get one new one. The dudes in the game are brawny, and the women are top-heavy and scantily clad.

“Rage of the Immortals ties together our passion for RPG mechanics and free-to-play mobile games. It has a great balance of RPG features, competitive player-versus-player combat action, and great social experiences – all backed by a gripping story that will leave players wanting to uncover the mystery behind Hyperion’s evil ways,” said Ken Chiu, the senior vice president of social games at Gree International.

Overall, it has 190 fighters to recruit and train. You can evolve their skills so that they are strong enough to complete all of the missions. You can swap out different characters for tough missions. The world has a 3D map and unlockable zones.

The title is a so-called midcore game, or one aimed at hardcore gamers but with snack-like play times. You can play a round while waiting in line for coffee. But Gree also designed it to hold a player’s interest for a long time.

“This title stands as one of the most exciting and ambitious games we’ve ever created, and we are extremely proud to get to combine our brand of narrative-driven adventure with the character and depth of our favorite fighting games,” said Hong-Yee Wong, the CEO of IUGO Mobile Entertainment Inc. “Rage of the Immortals represents a huge amount of content and passion, and we look forward to growing this universe into something truly memorable for both new and existing fans.”

Iugo previously created the RPG adventure game Knights & Dragons. That game was a hit with an audience in the millions.

Rage of the Immortals also offers a range of social and multiplayer features, including teaming up with other players from around the world and adding friends to squads to use their powers during special attacks against enemies. Rage of the Immortals will be frequently updated with new missions, quests, live events, and new zones to unlock to keep players entertained for months and years to come.

This is the second GREE title to be developed in collaboration with IUGO, following the success of the epic RPG adventure Knights & Dragons. 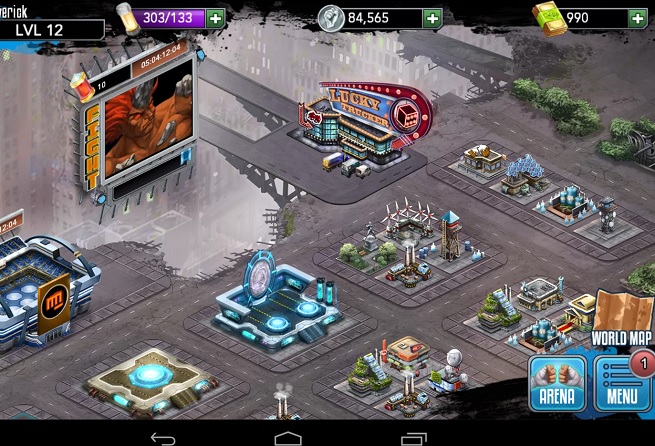 Above: Rage of the Immortals