Greenpark Sports is a new community that is mixing sports like basketball with esports games like League of Legends. And today, the company is opening up its social platform for early access for fans of League of Legends.

The Los Angeles company also creates minigames on its site for fans, creating mobile games and social experiences that can keep fans engaged with its platform.

“We share a similar belief — that the way to engage modern sports fans is through more quick sessions akin to casual mobile games,” said CEO Ken Martin in an email to GamesBeat. “However a key difference (relative to rival Nifty Games) is the approach. We are building a platform that scales to encompass the world of sports/esports vs. point products, which appears to be their approach. You can think of it as more like a next-gen sports network but born as a gamified social network — powered by the direct competition of the fans. In GreenPark, the sum of the various fandoms across sports, esports, leagues, and countries can all share a unified virtual world.” 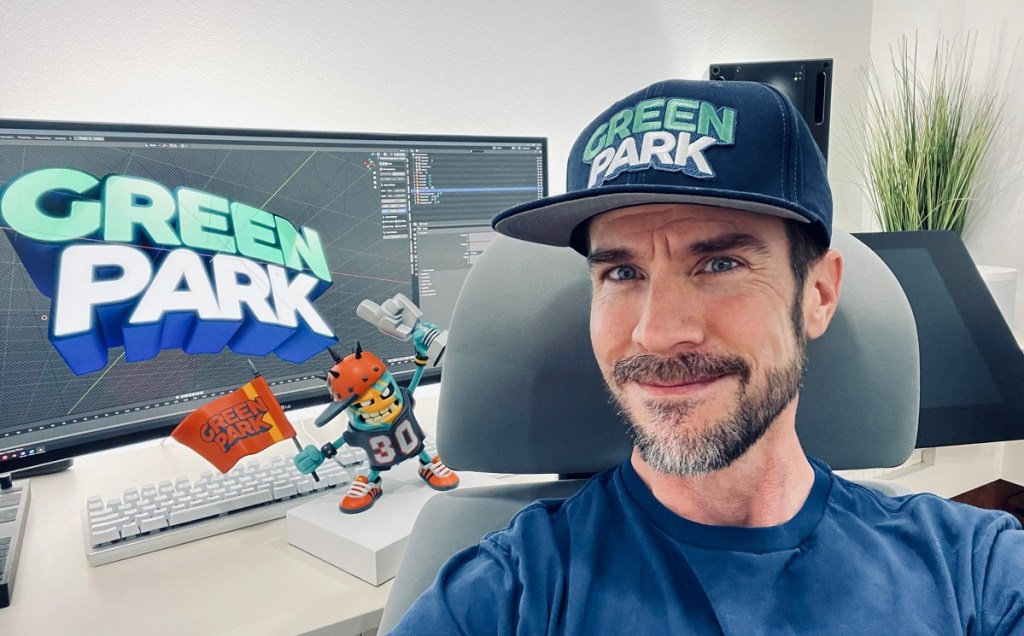 Above: Ken Martin is CEO and cofounder of Greenpark Sports.

GreenPark’s Early Access will coincide with the inaugural League of Legends tournament, LCS Lock In, kicking off today. During the tournament, GreenPark Sports will offer live social experiences, where fans can explore the dedicated LCS Land and engage in in-app competitions. Those include LCS watch parties, prediction battles for LCS matches, and dance battles with avatars.

Those who join early will get rewards. And later this year, GreenPark will use NBA players’ names, images, and likenesses within its app, offering fans a chance to earn and collect official NBA player gear for their avatar and to see their favorite players on the in-app NBA jumbotron.

Player trophy collections, digital signatures, and NBA player avatars will also be available at a later date. Martin (cofounder of the Blitz ad agency), and Chad Hurley (cofounder of YouTube), and Nick Swinmurn (former Zappos CEO) started the company in 2017 to make games and a social platform for live sports and esports.

Martin said the strength of the platform is that it’s powered by the real world.

“In sports, it breaks down to ‘what is going to happen?’, ‘what is happening?’, and ‘what did happen?’. We are building competitive gameplay across these pillars, which drives the evolution of your character,” he said. “Prediction is a main attraction to ‘what is going to happen?’ — but our approach is different in the immersion factor vs. all of the other ‘spreadsheet apps.’ During a live event — we are gathering fans to not only see how they are scoring in prediction but to ‘yell at the internet’ in a much more fun way. The ‘what did happen?’ — we’re working on a dynamic solution for this that will come in March.”

The platform is free to play. The company will have advertisers and sponsors to support it. The company has raised $22.5 million to date and it has 65 employees.

As for the mix of sports and esports, Martin said, “League products are classically singular focused (EA, 2K, Nifty) which allows a very intimate, direct appeal. GreenPark is building fan-out vs. league-in. This creates an eclectic overlap in fandom more accurate to today’s casual sports fan. There is a huge overlap in GenZ and millennial NBA fans and League of Legends fans for instance. The sum of these fandoms together create many unique opportunities that haven’t been done before and create insights that aren’t yet available.”