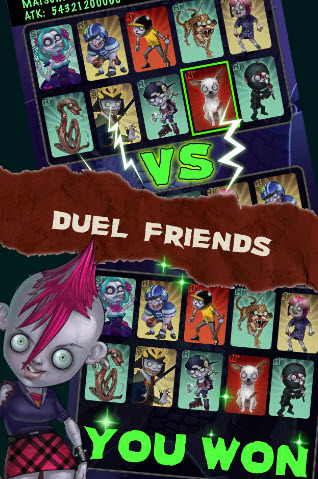 It’s just a cute little zombie game, but it could be the start of something big.

Gree has become a billion-dollar company in Japan with its mobile social games network. Now it is launching Zombie Jombie, the first title made by Gree’s U.S. developers for an American audience.

The title is an important one for Gree, which is competing with a larger rival Japanese firm DeNA, which has launched its worldwide mobile social network Mobage in an attempt to expand far beyond its audience of 35 million Japanese users.

It also marks the beginning of a big marketing campaign that includes a $50 million advertising budget, most of which will be spent when Gree launches its own mobile social network for gamers in the second quarter. To put that amount in perspective, it is the same sum Sony is spending on its enormous launch of the PlayStation Vita gaming handheld in the U.S.

Gree and DeNA are locked in a fierce battle to turn American mobile gamers into lucrative audiences in the same way that phone-crazy Japanese fans are. Both are vying to figure out the mobile social game market before rivals such as Electronic Arts, Gameloft, and Zynga do. The first one to do so could enjoy vast riches, said Naoki Aoyagi, CEO of Gree’s international subsidiary, Gree International, in a recent interview with VentureBeat.

Like DeNA, Gree has figured out how to monetize Japanese gamers, who make lots of purchases of virtual goods in games downloaded from Gree’s mobile social network. But Zombie Jombie will test whether Gree has what it takes to cater to U.S. tastes.

The new iOS-exclusive game is a free-to-play card-based game where the zombies are the good guys and the humans are the evil destroyers. (I guess that’s what it takes to be creative in the crowded zombie game market). A “Jombie” is a powerful being that can raise and control zombies and battle tough human bosses. Gree promises that, due to the variety of ways players can power-up their cards, no two players will ever have the same deck.

“The truly talented team members of the North American studio have really focused on creating an innovative game experience that ties together strong gameplay and great social features, an approach we plan to implement for all of our games moving forward.” says Eiji Araki, senior vice president of social games at Gree International. 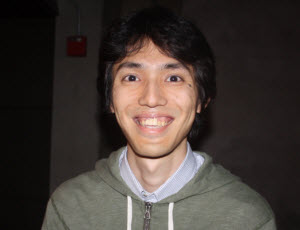 Last year, Gree started preparing for its entry into the U.S. market with its acquisition of OpenFeint, a U.S.-based mobile social network. DeNA, meanwhile, purchased Ngmoco to take DeNA’s Mobage network to a global level. Other rivals include Electronic Arts and PapayaMobile.

Gree also recently created a 40,000-square-feet game studio in San Francisco. Thanks to OpenFeint’s large network, Gree can now reach 190 million players through 7,500 game apps. Among those developing games for Gree’s network are Ubisoft and Gameloft.

“Developers need a comprehensive social gaming platform with support for iOS and Android,” Aoyagi said. “There is a lot of competition, but there is no big winner like Facebook yet in mobile. The market is still fragmented, and it is going to be so big.”

Gree’s platform for social mobile games will launch in the second quarter. That means it is behind DeNA/Ngmoco, but Aoyagi said his company focused on building its team first. Gree International has around 180 people, and it has hired 50 people in the last two months, Aoyagi said.

Aoyagi believes that larger companies with “massive financial capacity” will come to dominate the mobile social gaming market. The social network will help with the problem of game-discovery, which has gotten worse as hundreds of thousands of game apps compete with each other for attention in mobile app stores. Gree will help developers with distribution, engagement, and monetization.

“We are in the best position, and in the next six months or 12 months, we can become a leader,” he said.

Will the U.S. become like Japan? It’s a tough question, Aoyagi notes, as the Japanese market is unique, with best-selling titles such as role-playing games and cat collection games.