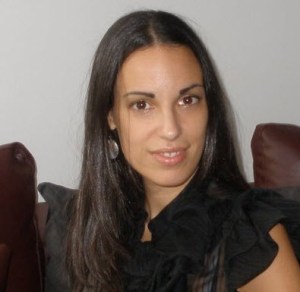 The media narrative about Second Life and virtual worlds is starting to get past the hype stage, past the bashing stage, and is beginning to resemble reality. VentureBeat’s Dean Takahashi has covered this shift in a thorough Q&A with parent company Linden Lab’s CEO Mark Kingdon.

Public misperception of Second Life and the virtual world landscape is beginning to change as we see what it means for the evolution a new global culture and economy.

I can well understand the skepticism of those who are unfamiliar with Second Life, because I remember how I felt the first time I heard about it. At the time I was an investigative journalist, and I didn’t see at first how involvement in virtual worlds could be justified. I imagined it as the ultimate form of escapism from a physical world too far gone. But I was also curious. I’ve been observing the transformation of digital identity since my brief stint at AOL in 1996. A decade later, in November 2006, as I created a three-dimensional avatar to represent myself for a quantum leap into a whole new world, a handful of visiting neighbors gathered around my desk and mocked me with abandon as they watched me register as Eureka Dejavu, a default Second Life avatar with a blank newbie stare. 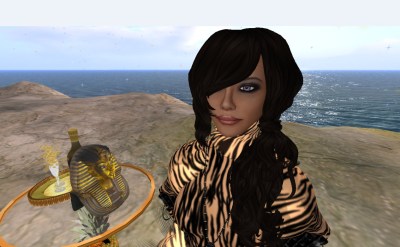 It was apparent that my field was in the midst of a massive transformation and I found myself deciding whether to continue working in print media or evolve my business into a completely new arena. I was at the tail end of a major investigative stint in the Gulf Coast that culminated in a major report and the recently published book, “Race, Place and Environmental Justice After Hurricane Katrina.” Catalyzed by a request from IBM to document the evolution of the company’s Virtual Universe Community across dozens of platforms, I chose to become an entrepreneur.

Linden Lab is one of my clients, and I collaborate with the company on case studies (one of which was published yesterday). The first case study published by Linden Lab highlighted IBM’s work, including an IBM Academy of Technology conference. AoT president Joanne Martin said that the estimated ROI for the conference inside Second Life , with an initial investment of $85,000, was $320,000. And that was at one fifth the cost of a traditional conference and not a single case of jet lag.

What I’ve seen in Second Life and across the industry as a whole enables me to face my talented 22-year-old project manager and assure her that what when she looks around at the world (and the field she is studying at NYU–journalism) that she is not witnessing the death of the economy and industry in which she’d hoped to thrive, but is rather experiencing a new chance to be even more creative and involved in shaping her own career. Further proof of a brilliant future came today.

I am writing this from Lafayette, Louisiana, from the Digital Workforce conference hosted by 3D Squared at the Lousiana Immersive Technologies Enterprise (LITE), where teams of young virtual environment and game designers are currently practicing the presentations they will deliver today to a live audience that includes legislators. The demos are based on games intensively designed in Raph Koster’s brand-new web-based virtual world, Metaplace under the guidance of 3D Squared.

Spencer Zuzolo, president of 3D Squared, said the program shows that young people have a natural affinity for 21st century workforce skills and that they need academic programs that help them more formally transform their interest in games and immersive virtual environments into realistic career and education paths.

These students, who earnestly introduce themselves as programmers, concept art designers and producers, are on the edge of a new era in which their skills and passion will be put to use in a changing global culture and economy. A student named Charlie, 14, spoke like a showman about his team’s game, “War of the Wetlands,” that centers on preventing coastal erosion through educating people in an immersive environment.

All of these students are working tirelessly to create thriving lives for themselves. Their work demonstrates that the digital culture is an opportunity for serious thinkers to tackle intrepid challenges with innovation, and that in creating immersive environments they are also inventing a vibrant future for themselves, their local region, and the world.

Rita J. King, is the CEO and Creative Director of Dancing Ink Productions (DIP), a strategic development and creative content company that works toward a new global culture and economy and a Senior Fellow at the Carnegie Council for Ethics in International Affairs. DIP has worked across four continents and dozens of social media and virtual platforms and most recently released the Virtual Newsroom at the American University in Cairo project (an exploration of various issues related to the transformation of journalism and media, including alternate funding models), which was created in Second Life with a team in Egypt, both coasts of the United States, Australia and Scotland.