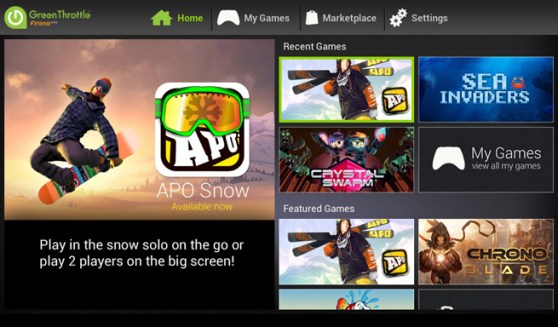 Plenty of companies plan to launch an Android-based game console in the coming year, but you might already own one. It could be in your pocket right now. Possibly you’re even reading this article on your next big gaming system.

At least, that’s all true if Charles Huang, the chief executive officer of Green Throttle Games, has played his cards right. “I really do think, even more so than phones, that the tablet is going to be the entertainment platform of choice going forward,” says Huang, who also co-created the Guitar Hero franchise that raked in over $2 billion for publisher Activision. “The console’s monopoly on gaming is going to end.”

Haung co-founded Green Throttle in 2012 to get ahead of that curve. His answer is Arena, a multitiered gaming system centered on an Android app due to release Tuesday for the Amazon Kindle Fire. 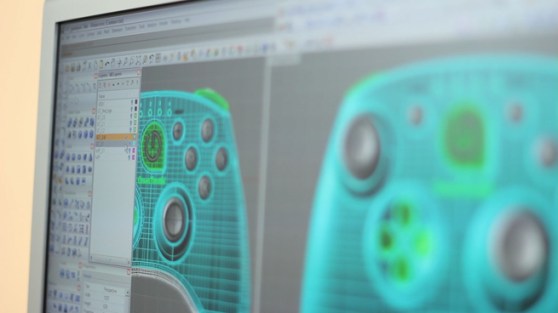 “The biggest segment of revenue in the game industry comes from gaming on TVs,” says Huang, “but the most common devices that play games are actually phones and tablets.” Green Throttle specifically designed Arena to bridge that gap. The Arena app leverages existing mobile hardware and creates a central hub for finding, buying, and playing games. Connect your device to a television using a Micro HDMI cable, and those games automatically scale to the HD picture. I watched a simple twin-stick shooter go from a 7-inch tablet screen to a 55-inch LCD with absolutely no loss in image quality.

Of course, to tap into the “core” gaming market, you need something more responsive than a tablet’s touchscreen controls. So the Atlas controller — which bears a striking resemblance to an Xbox 360 controller by way of Tron — marks the other half of Arena’s strategy. But while it might look a little too familiar, the $40 Atlas does something other wireless devices don’t.

Tablets and smartphones “presume a single-user experience,” says Huang, “but TV is a shared experience.” So while you can usually only pair one Bluetooth device to your phone or tablet at a time, a special protocol written into Arena lets players connect and use up to four controllers.

We’ve gotten a few early looks at the Green Throttle Arena over the last year, but now that it’s finally ready to go live, we have an exclusive video to show how it all comes together:

“It’s a way to promote different game developers and different games that work with our controllers,” says Matt Crowley, an alumnus of Nokia, Palm, and Philips Electronics now serving as Green Throttle’s chief operating officer. “We decided to do our commercial release on the Kindle Fire — it’s marketed as a $199 e-book, but it’s actually a pretty good gaming system.”

But Arena won’t stay exclusive to the Amazon Kindle Store — or the Kindle Fire — for long. Expect to see it on Google Play by the end of the month and full compatibility on Android smart phones rolling out not long after, starting with Samsung’s Galaxy S3 and Galaxy Tab.

Priority goes to the devices that make the games look good. The hardware itself handles the negotiation for scaling up to an HDTV. Crowley is quick to points out that many mobile devices can output two different displays with two independent resolutions, and the technology itself is shifting to fit new philosophies. 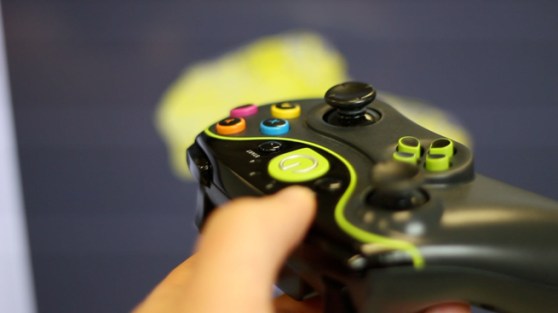 If Huang and Crowley prove right, the powerhouse game consoles set to release this fall could find themselves at a severe disadvantage. Green Throttle’s hardcore gaming system will run on hundreds of popular devices that iterate on a yearly basis, and with a (perceived) entry cost of $40, it will easily run consumers 1/10th or less the likely purchase price of a PlayStation 4.

Will that make Arena the future of video games? If it picks up traction, it’s tough not to see Green Throttle Arena — or something very like it — carving out a huge piece of a changing market.