GungHo Online Entertainment has been printing money with its Puzzle & Dragons mobile game in Japan. But the Tokyo company is trying different strategies to make its games more popular on the global stage. And its latest attempt is Ninjala, an online and local multiplayer game for the Nintendo Switch.

Ninjala is a ninja action game where you play as cartoon characters from three different clans, all vying for one object. The game debuts on the Switch in the spring of 2019, and I saw a demo of it at the recent Electronic Entertainment Expo (E3) game trade show in Los Angeles. It reminded me of Nintendo’s hit Splatoon games, a shooter game where you blast opponents with paint. 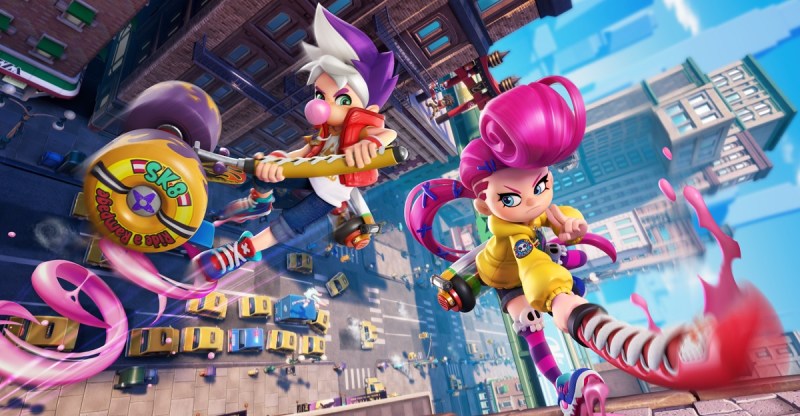 But instead of shooting with paint, you hit each other with bats and craft new weapons from bubblegum. GungHo’s executives hope this will be the company’s next big hit. They hope it can reach a wide audience because it’s a cartoon action game, but it isn’t that violent.

Puzzle & Dragons debuted in 2012 in Japan, and it has been downloaded more than 48 million times. The game’s monthly active users and revenues peaked in 2014, but the company still generates steady income from the title, and it had $199 million in revenues in the first quarter. That’s a luxury that many other companies don’t have, and it enables the company to experiment with other titles, such as Ninjala. Ninjala represents a good chance for the company to diversify beyond mobile to the Switch.

GungHo Entertainment CEO Kazuki Morishita said in a translated interview that Japan’s mobile-game market has become a “black ocean,” which is a more severe form of the “red ocean” that strategists talk about. The idea is that you should make products that are innovative in a blue ocean, where there are no competitors, rather than the red ocean, where the sharks are feeding.

“Making a new intellectual property, we believe we can succeed on console,” Morishita said.

That’s why GungHo has invested a lot of resources in Ninjala, which is intended to be a global game. The company has been working on it since before the Switch was announced in 2016, said Morishita, who was also executive producer of Puzzle & Dragons. Thanks to the success of Puzzle & Dragons, GungHo has about 1,000 people across the whole company. There are about 500 developers across mobile, console, and PC titles.

“We wanted to make an action game where you pretend you’re a kid and imitating a ninja,” Morishita said. “That’s where the inspiration comes from, but we didn’t want to make it too violent.”

Morishita hopes Ninjala will target everyone from young kids to older adults and that it will succeed in the West in addition to Japan.

“The Japanese market is really special, where the big emphasis is on mobile,” Morishita said. “In the West, there are different play styles that are popular. That’s why we want to expand and achieve worldwide growth.”

Like many GungHo games, Ninjala will be focused on online play, and the hope is that it can be run as a live operations game for a long time. As many as eight players can take on each other at once in either local multiplayer on online multiplayer. 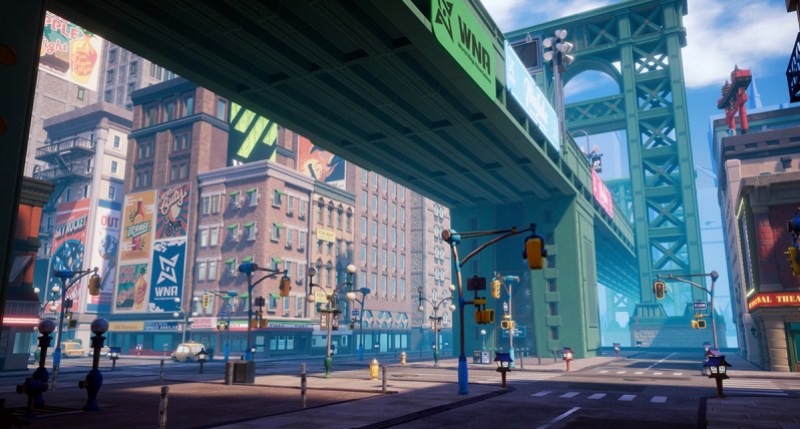 You have multiple goals in the game. You can run up and down buildings, parkour style. You can try to take out the most bots and run over objects. Or, you can blow a big bubble with your gum. Once you blow the bubble, it turns into a bat. Then, you try to beat the living daylights out of other players with your bat. The bigger the bat, the more damage it does. But a big bat also slows you down. If your weapon breaks, then you have to make it all over again.

You can also blow your gum into a ball and then shoot it at an enemy. If you hit them, the gum sticks them to the ground. Adapting to different landscapes, players must use lightning fast reflexes and super parkour mechanics to combat and counter their opponents, GungHo said. I played it for a brief time, and I found you have to pay as much attention to defense as you do to offense by dodging and swinging.

“It plays very different from Splatoon, but we take that as a compliment,” Morishita said. “It’s a point game, where you try to rack up the most points. We don’t see that many cartoon action battle games in America or Europe.”

Ninjala was designed by Morishita and Takeshi Arakawa, former senior director of the Dissidia: Final Fantasy series and planning director of The World Ends With You.