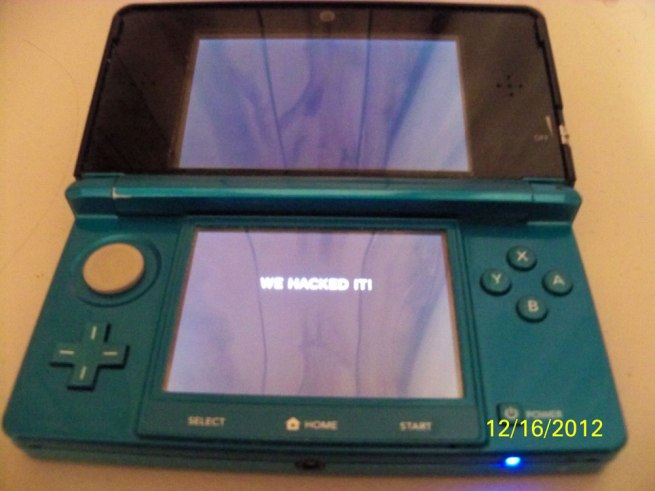 Nintendo better hire a decent sea monster to help them fight off a potential onslaught of 3DS pirates.

3DS hacker Neimod has revealed that he has gained full control of a 3DS kernel that enables the device to run custom code, according to GBAtemp.net. Such code will open the handheld to independently created home-brew software and pirated games.

“With full kernel control, anything is possible,” Neimod wrote in a thread on GBAtemp. “Unfortunately, we are elitist bastards who never share anything.”

Currently, Neimod’s hack uses a very specific save game in a certain retail 3DS game to exploit the handheld’s hardware. The hacker doesn’t want to reveal which game permits this hack, because Nintendo could then easily patch it.

So while a few individuals can currently run custom code on their 3DSes, Neimod won’t release the method to the public unless he can figure out how to preserve the exploit even once Nintendo knows how to fix it.

Naturally, this has developers worried.

“If piracy gets bad on the 3DS, we will have no choice but to stop supporting the platform with new games,” wrote Jools Watsham of developer Renegade Kid (Mutant Mudds, Moon.) “If these hackers really want to mess with the guts of a 3DS, why [don’t they] become legit developers for [the system] and let the world enjoy their talents?”

Most people interested in Neimod’s hack claim they mostly want to remove the system’s region-lock barrier that prevents a 3DS from one part of the world from playing games from another part of the world.