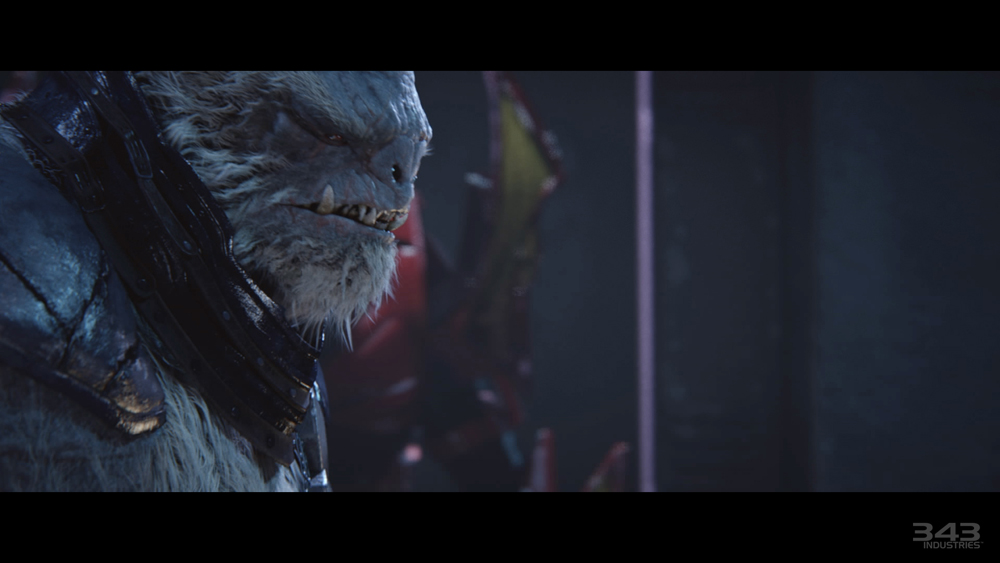 Above: Halo 2: Anniversary cinematics are stunning from start to finish.

While the majority of Halo: The Master Chief Collection’s remastered qualities are a resounding success, during some moments the modernization takes its toll. At points in Halo: Combat Evolved Anniversary and Halo 2: Anniversary, noticeable slowdown occurs when too much is happening at any one time. For example, in the original Halo, shooting one Flood sporeling causes it to explode, setting off a chain reaction with any adjacent sporelings and briefly, but severely, crippling the frame rate. Similar particle-driven effects like the Grunt Birthday Party skull modifier — which causes confetti to burst from a Grunt when successfully scoring a headshot — adds a heavy processing draw to already chaotic engagements, causing slowdown. Strangely, these issues only punctuate the first two campaigns and almost completely disappear thereafter.

The other side of that audio/visual coin also carries its own baggage, as sound issues pop up throughout but are most apparent in the audio balancing of Halo 2: Anniversary. Though the remastered soundtrack is generally much louder than the in-game dialogue and regularly drowns it out, the in-game sound effects are much louder still. Killing an elite in melee range can trigger a deafening death rattle, and long strings of gunfire can completely wash out any other sounds. Of course this works to your advantage in some areas, like when the Flood are skulking about with their fear-inducing gurgles and hisses at ridiculous volume, but those times are the exception rather than the rule. Other audio issues are more resilient throughout, like sounds leashing to sections of a level that start or stop when you cross an invisible “loading boundary” or discarded guns getting stuck in geometry and looping an awful racket that sounds like gravel in a blender.

But the much more serious issues are the sparse but certainly apparent crashes and hard locks throughout the collection. On several occasions, immediately finishing a level or trying to access a networked portion of the universal menu would cause the game to freeze and continuously hum the last note playing or just crash and return to the dashboard. In only one case did I ever lose data: Four missions into Halo 2: Anniversary, a crash nullified my progress into the campaign. Fortunately, as every mission is already unlocked, I was able to immediately pick back up. Though these occurrences are extremely rare relative to the amount of time I spent in-game, the half-dozen occurrences warrant mention. 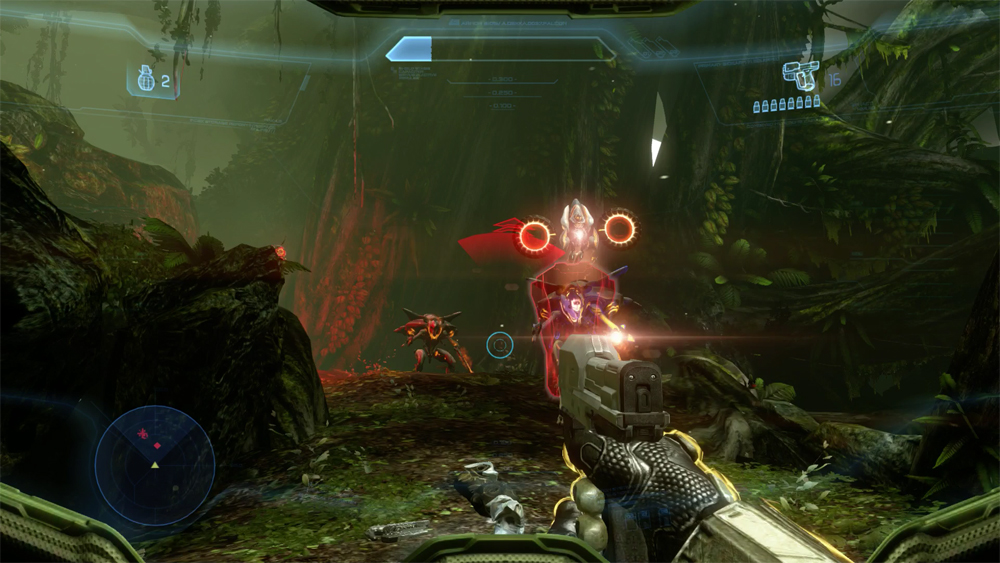 Above: Halo 4 looks like it was made for next-generation hardware.

Judging Halo: The Master Chief Collection by its value proposition alone would be a disservice to its quality but, admittedly, speaks volumes about what you can expect. A wealth of content, detail and care went into this package. It doubles as both a nostalgia-soaked box of memories and a centralized home for newcomers to dig into the vast story of Halo. Despite some technical issues that haunt the overall experience, they’re small footnotes, quickly forgotten as the next dramatic bump in the Master Chief’s journey demands your attention. Halo: The Master Chief Collection is, at least for the time being, the definitive Halo experience and well worth that attention.

While we’re not able to provide our in-depth thoughts on the dense multiplayer suite and server-based bonus content included with Halo: The Master Chief Collection just yet; we’ll be providing a comprehensive review once we’ve thoroughly experienced it in a real-world setting. However, if 343 Industries and Microsoft Studios have treated the multiplayer and cooperative component with the same attentive care, you’re very likely to be in great shape.

Halo: The Master Chief Collection releases Nov. 11 for Xbox One. The publisher provided GamesBeat with a digital copy of the game for the purpose of this review.