Microsoft’s Halo Wars 2 comes with a suite of multiplayer modes that should satisfy the thirst for variety among real-time strategy fans.

Built by RTS studio The Creative Assembly, Halo Wars 2 will be published by Microsoft on February 21 on the Xbox One and Windows. It’s one of the big exclusives that Microsoft hopes will keep fans busy during a slow season. I had a chance to preview it at a recent Microsoft event.

I went into the preview session cold, hoping that I could learn as I played rather than sitting through a long tutorial or single-player campaign. I was partially successful at that as the game is more accessible than many past RTS console games. (Here’s our story on Blitz mode). 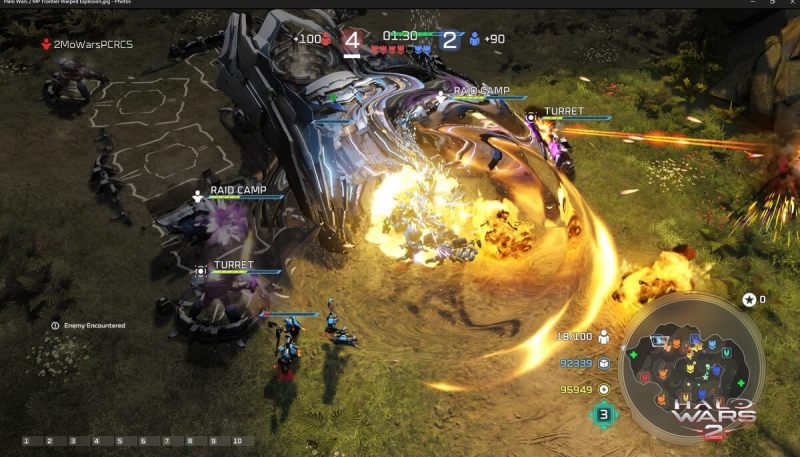 Above: Halo Wars 2 features leader powers that can turn the tide of battle.

One of the more intense modes of Halo Wars 2 multiplayer is 2-versus-2 combat in the Strongholds map, where two human players square off against two other humans. The goal is to hold more bases than the enemy at the end of the match.

I played a few of these matches on the Xbox One with a game controller. Adapting to the controller was hard as I prefer playing RTS games on the PC with a mouse and keyboard. But I gave it a good try, and it wasn’t as hard as I thought.

At the outset, I started building my base. You have to hit one button on the controller to highlight the local troops within your field of view. Next, you move the joystick to where you want them to move, and then you hit the X button. That’s a relatively slow process compared to highlighting them with a mouse and clicking a button for movement, but I managed.

It was still pretty slow to move from one part of the mini map to another. But the developers included some shortcuts that I didn’t learn until after I completed my play session. You can hold down a trigger to scroll more quickly across the map. And you can use the D-pad to move fast across the map.

Once I figured out the controls, I started making decisions. I built some add-ons to my base, which upgraded itself with defenses. I was able to start building air, vehicle, and infantry units. I built scout vehicles to explore the map and take other bases. 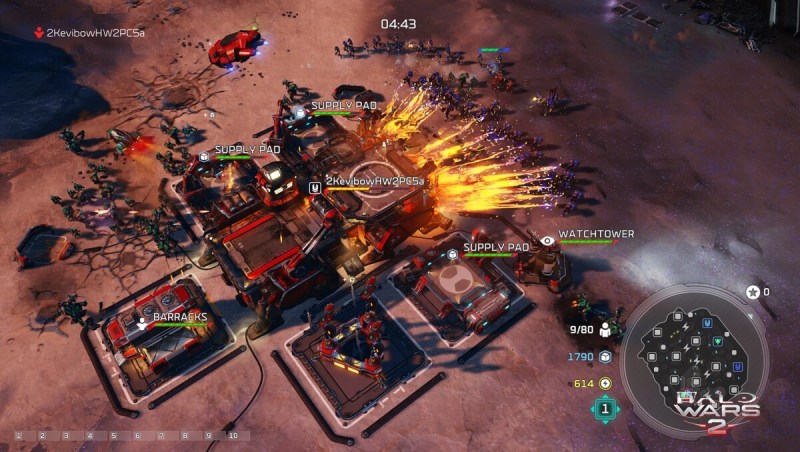 My partner started building a big army, but I chose to spread my troops out and take over a bunch of base locations. Then I tried to upgrade those locations and build troops at each point. The combination of play styles was good as my partner was able to go on the defensive while I denied the enemy of bases and expansion areas. At one point, I gathered a fairly large battle group and joined my partner in an attack on a base. We tried to repeat this over and over. Our results were mixed.

I was surprised at how much I enjoyed the fast pace. Our matches lasted around 15 to 20 minutes. It wasn’t a full hour for matches like in other RTS games, such as StarCraft. We had to build and fight and pay attention to the timer.

I got accustomed to the controller-driven RTS. I think with some coaching or more practice in single-player, I could get to the point where I could have a lot of fun. To be honest, I didn’t think that I would be willing to learn how to play an RTS on a console again.

But this might very well be worth the investment of time that it takes to learn something new. It’s not as hard as I thought, and every player will have the same challenges in learning how to play multiplayer in a speedy fashion. I’m looking forward to the finished product.

Here’s a video of my first multiplayer battle.

And here’s my third multiplayer battle.