I’ve had an awful time learning how to play real-time strategy games on consoles. RTS games are so much easier with a mouse and keyboard on the PC. But I gave Microsoft’s Halo Wars 2 on the Xbox One a try, and I’m happy with the results so far.

Halo Wars 2 debuts on Xbox One and Windows PC on February 21. I expect the Windows version will be quite popular. But if it’s a hit on the Xbox One as well, then Microsoft will capture some more eyeballs during a slow season for consoles. And that’s important as the war with Sony isn’t going as well as Microsoft would have hoped.

(Here’s our other stories on multiplayer, Blitz mode, and our developer interview). 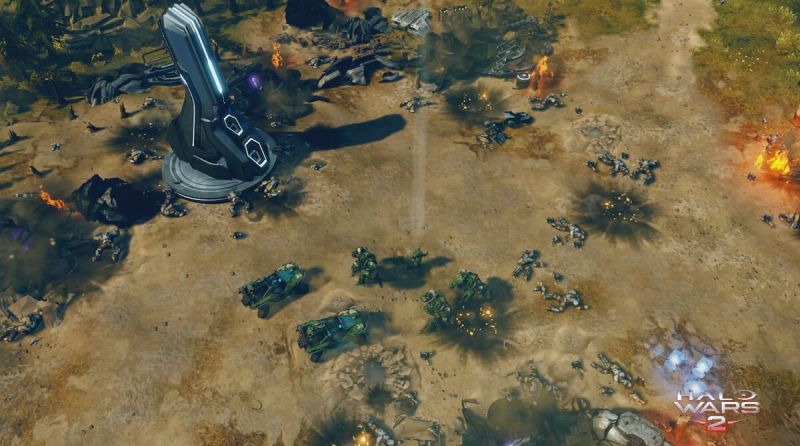 Above: Halo Wars 2 Ascension mission teaches you how to play.

The question, Nicholson said, was how to make the game more accessible but also keep the depth that leads to long gameplay. The original Halo Wars, which came out in 2009, had a good control scheme on a controller. You could press the right bumper to select local units or those that are within your field of view. If you hold the bumper down, you can select all of your units on the map.

That was easy enough. But the developers added more shortcuts using the D-pad, which is customizable. You can add units to the D-pad directional controls and easily switch to them. That takes a lot of brain cycles to remember, but it could be worth it for the time it saves in a pitched battle.

Getting the controls right for the Xbox One was only part of the battle. The team also worked hard on a story that fit well in the Halo universe. In this case, the crew of the UNSC capital ship Spirit of Fire awake decades after they were declared lost. They are above an ancient Forerunner haven known as the Ark. The captain and his crew have to face off against the Banished, a faction led by a lethal warrior named Atriox. You have to develop your troops and your own leaders to take on Atriox’s forces. 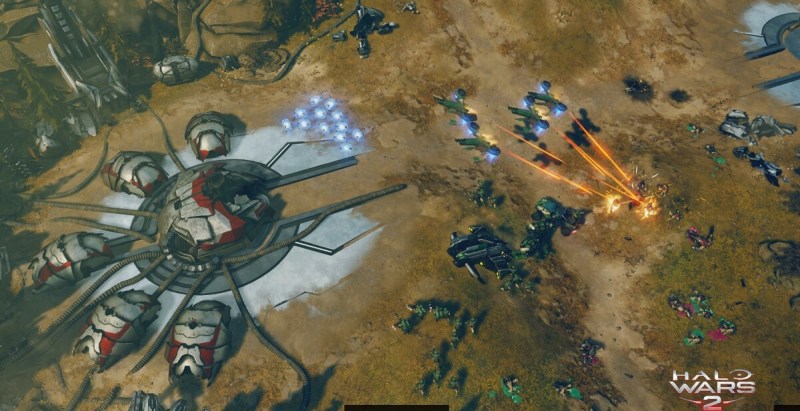 Above: Amassing firepower is essential in Halo Wars 2.

The story will get you immersed into the single-player campaign. The Ascension mission starts out with a small landing party that has to explore a map and set up a base. You find various sources of energy as well as mysterious battlegrounds. Then you come into contact with the Brutes, and you fight it out.

It helps that Halo Wars 2 looks beautiful. The graphics are quite stunning, particularly when there’s a big firefight with lots of units engaged in melee at the same time.

“Our camera is probably slightly closer in as well, though, because we want you to feel more involved in the battle,” Nicholson said. “We want you to feel compelled to protect and care for and have some compassion for the units you deploy out there. You’re looking after them.”

I went into the preview session cold. I jumped into battle knowing just a few of the commands. I learned as I went, and the tutorial points were inserted at the right points, like when I had to use my Spartan to leap up a cliff or steal an enemy tank. The battle chatter and storytelling were nicely paced, and that kept me interested in moving forward.

The firepower of the UNSC vehicles and air combat units is pretty awesome. But that’s not the only thing you have at your disposal. I didn’t quite realize it during my play sessions for quite a while, but it really pays to use your leader’s capabilities. You can access it using the left trigger, which brings up a radial menu. Then you can choose the action you want your leader to take. That’s a pretty easy way to do something with big impact in the game. The leader abilities can trigger big events, such as temporarily making your troops invulnerable. During a firefight, that can turn the tide of the battle.

That kind of solid game design makes the Halo Wars 2 shine. You can be in a big fight, and it could go either way. Whoever brings the most firepower to the battle will win, but using the leader powers at the right moment could make a big difference. That makes you pay attention to the point of contact. Rather than send your troops into battle and moving on to another task, you’ll want to witness the battle and adjust.

Building out my base and creating new units was easy and intuitive. I didn’t really need to consult directions to know what I was building. The tutorial did a good job of telling me things bit by bit so I could learn a lot from the mission. But I did have a little trouble monitoring my resources and figuring out how to get more of them. That takes a little extra study and some time that I didn’t have during my preview. 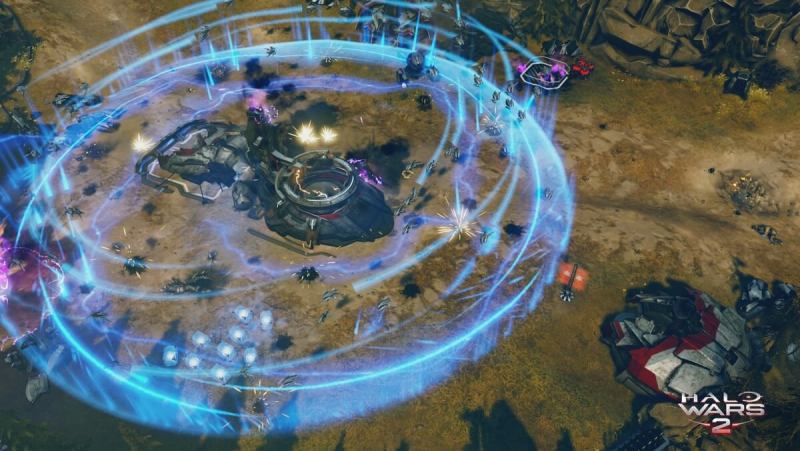 Above: Unleashing leader powers is important to change the odds in Halo Wars 2.

The battles were quite easy, but I could change the settings to higher levels and find a better challenge. The whole point of the mission was to teach me how to fight, and that worked fine. It would be nice to get some real-time advice, like some counseling to tell me what I’m forgetting. But that’s more like having a seasoned veteran at your side telling you what to do.

I had a hard time with some tasks, like moving across the map quickly. But as Nicholson explained after my play session, you can use the shortcuts to speed that up. The game has a lot of depth in variety of units, and you have to master the rock-paper-scissors mechanics around them. The tutorial does a good job in Ascension of telling you what units are vulnerable to others.

I enjoyed the faster pace of the gameplay compared to older RTS games. The mission was over in about 20 minutes, and the action was satisfying. Going into the demo, I wasn’t sure I’d like to learn a new RTS on consoles. But it was a good experience, and I might be willing to invest more time in it.

Here’s some gameplay of our playthrough of the Ascension mission.