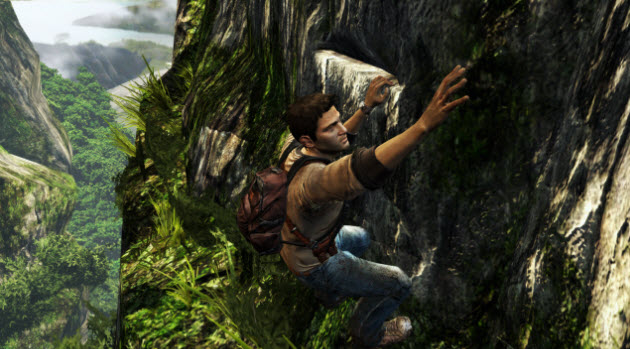 Sony is betting big that hardcore game fans aren’t going to be happy with the free games they can get on tablets or smartphones. That’s why the Japanese company is preparing to launch the NGP, the next-generation portable game system that it will show off fully at the E3 trade show next week. 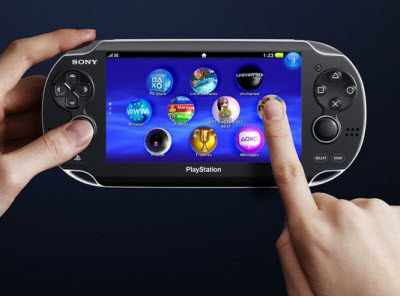 There are billions of dollars in revenues at stake. If Sony can score a hit with the NGP, it can regain market share that it has lost in portables to Nintendo’s DS and 3DS devices, and to Apple, whose iPhones, iPads and iPod Touches have begun to steal away consumers who play mobile games.

This isn’t purely about how Sony wants to preserve the fine tradition of selling $40 games to users who are thinking about paying just 99 cents for an iPhone game. Rather, now that I’ve seen the system up close, I can see that it is about delivering a console-like experience in the palm of your hand. NGP games look very good, with sharp features and smooth animations. The NGP, which has a quad-core chip and near PlayStation 3-quality graphics, can render everything from human characters to cool explosions.

Sony isn’t sharing its launch date or its price yet, but it has shown that the system is in good enough shape to run games without too many problems. Right now, Sony is out to win over developers so that they can make games that fully exploit the hardware and thus allow Sony to differentiate itself from the pack of game portables, smartphones and tablets. Sony, after all, has to compete with its own Sony Ericsson Xperia Play Android game phone. 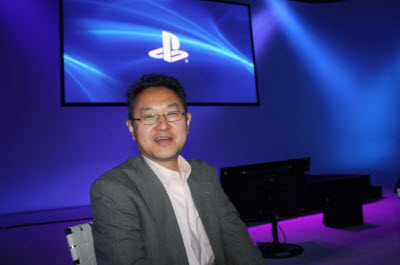 “If everybody has one of these other devices, we had to think very hard about why they would want an NGP,” Shu Yoshida (pictured right) head of Sony’s Worldwide Game Studios, said in an interview. “Some people might look at this as fitting in a Swiss Army knife category, since it can do so many things. Within that category, the NGP is like a laser pointer.”

That is, the device is focused on no-compromise gaming. Sony’s strategy with this device has been very deliberate. Yoshida said that Sony’s hardware team worked closely with the game developers to define the features of the machine before committing to the hardware. That makes sense, but it’s a big change compared to the way that Sony used to do things.

“The hardware guys proposed putting the touch-interface in the back of the device,” Yoshida (pictured below) said. “We were not sure we wanted it. We came to see it as something new and fun.”

The result is kind of a game developer’s — and a game player’s — dream device. (In fact, it’s so dreamy there’s a rumor that Sony wants to take some memory out of the device because it’s too expensive to make.) There are maybe 16 or 17 ways to control a game on the device, if you count all of the buttons, the directional arrows, the shoulder buttons, the touchscreen, the backside touchpad, and the accelerometer tilt controls. That’s kind of insane, but some of the games made good use of those features. There are just so many ways to interact.

The most impressive game was Uncharted: Golden Abyss, where you play hero Nathan Drake as he traverses through an adventure through a mountainous ancient ruin. The device has a 5-inch organic light emitting diode (OLED) screen, has true blacks, high contrast, and high responsiveness to finger touches. The screen has four times the resolution of the PlayStation Portable, the predecessor device from Sony.

Uncharted’s outstanding graphics really show what the display is capable of. An earlier game, Resistance Retribution for the PSP, had 50,000 polygons per frame that could be rendered for the environment. But Golden Abyss uses more than 260,000 polygons per frame. Retribution might have ten megabytes of textures, while Abyss has 60 megabytes of textures. That means much better graphics.

You can use the analog sticks and buttons if you’re a fan of Sony’s predecessor handheld. But you can also control the game via tilt or touch. With Uncharted, you move your character around with one stick and change the view of the scene with the other stick. You can fire a gun by pressing a button, but if you want to reload quickly, all you have to do is tap the screen.

Sony’s game developers at the Sony Bend studio (makers of Syphon Filter) have been working on the Uncharted game for a couple of years, ever since they finished the Resistance Retribution game for the PSP. The Golden Abyss is a brand new Uncharted tale that takes place before the first game, Uncharted Drake’s Fortune. The story is consistent with the prior games and has more than 2 hours of cinematics (movie-like animated scenes) that relate the story in between game sessions.

There are some things that Uncharted does, like real-time lighting, that can’t be done on any other portable platform. When Nathan Drake, the main character, is climbing up a wall and needs to go sideways, you can just tilt the NGP in the right direction to make him reach out and grab a ledge. You can also tap the screen in a certain spot to make Drake move there.

I found that it’s not that easy to control Drake during a firefight, but I figure I could get better over time at the combat. Overall, it’s pretty cool to play these games and see them up close. I think Sony’s got a winner on its hands. But I still don’t know if Sony’s graphics-heavy approach will beat out what its rivals can do with clever or cheap titles.