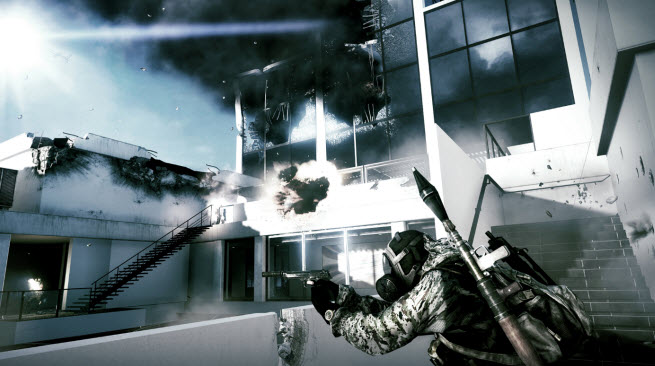 Electronic Arts recently announced that we’ll see three new expansions for Battlefield 3 this year. We got a close look at a multiplayer level in one of them, Battlefield 3: Close Quarters, coming to Xbox 360, PC, and PlayStation 3 in June.

The new packs are EA’s way to keep interest running high in Battlefield 3, which debuted in September and has now sold more than 12 million units. They also allow EA to stay competitive with Activision’s Call of Duty: Modern Warfare 3 and its monthly downloadable “content drops,” given to Call of Duty Elite premium subscribers. The frequency of BF3’s downloadable content (DLC) launches — the first, Back to Karkand, came out in December — shows just how fierce the competition in the multibillion-dollar first-person-shooter market has become. Gamers, it seems, have to be entertained 24 hours a day. (See our interview with EA’s Patrick Soderlund on Battlefield and Medal of Honor). 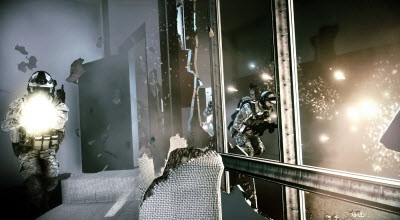 EA will also have a new service where players can rent a server on the consoles. That will allow them to host their own custom servers and set them up exactly how they want them to play, said Karl Magnus Troedsson, general manager of EA’s DICE studio in Sweden.

Close Quarters, the second expansion, will be all about infantry fighting. The maps will have more destructible environments, 10 more weapons, and a bigger focus on short-range combat.

The third expansion, Battlefield 3: Armor King, will come later in the year and will emphasize vehicle combat. It will have big, open maps that are friendlier for tanks and fighter jets. After that comes Battlefield 3: End Game. That one is still secret in terms of its content. 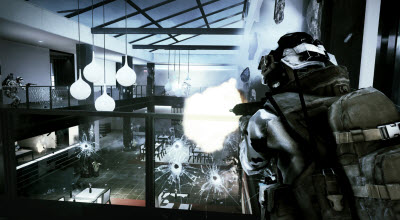 EA had the press sit down and play the Ziba Tower map in Close Quarters. I played the PC version, using an Xbox 360 controller, in a multiplayer battle against DICE’s game testers. My team of grunts spawned into a multistory luxury building with destructible walls and rooms. The battle, as the title of the expansion suggests, involves a lot of close-range combat, with submachine-gun and knife action. This is what EA calls “intimate indoor gunplay.”

As we fired up the PCs, I figured I wouldn’t be all that bad, considering I finished Battlefield 3 and played some on multiplayer. But the results were a little comical. I saw an enemy creeping down the hall. I backed up behind a corner and was firing at him. I put a bunch of slugs into the wall, which became pockmarked with bullet holes. Then I got shot.

You can fire right through a lot of barriers such as glass, which shatters nicely. Or you can fire through a hanging decoration that blocks your view. Sometimes you’ll get lucky and hit your target. If you want to, you can stand around and pump bullets into the plaster or the furniture and watch the rubble gather.

The game is best played while chatting with teammates. If you try to go it alone, it’s easy for enemies to sneak up on you and take you out. I managed to get a couple of kills in, but I was almost always shot. Overall, it was a lot of fun playing on the one map, and I’m curious what the others will look like.

The game actually crashed on me once, but the development is in an early stage. Otherwise, the gameplay was smooth.

The new weapons include the ACW-R carbine, the M417 sniper rifle, the L68LSW machine gun, and the M5K tactical machine pistol.

The expansion pack has four new multiplayer maps, 10 new weapons, and 10 new assignments. Anywhere from two to 16 players can play. It costs $14.99 on multiple platforms.