Battlezone was one of my favorite arcade games when I was growing up. But the old Atari game that debuted in 1980 was just a wireframe vector-graphics model with a green landscape and red specks that you fired at other tanks.

Today, Rebellion’s remake of the title in virtual reality on the PlayStation VR headset is a much more colorful affair, but it has the same chaotic intense tank warfare that made the original version so fun. I played it at Sony’s event at the Game Developers Conference and thought it was an awesome experience.

VR is expected to become a $30 billion market, according to Digi-Capital. And one way to make titles more appealing to a wider audience is to take classic games and dress them up with modern graphics. Rebellion has dressed up this Battlezone by adding a storyline, a single-player campaign, 3D graphics with lots of visual effects, and dynamic, procedural battlegrounds that are never the same for different players. That makes the game highly replayable. 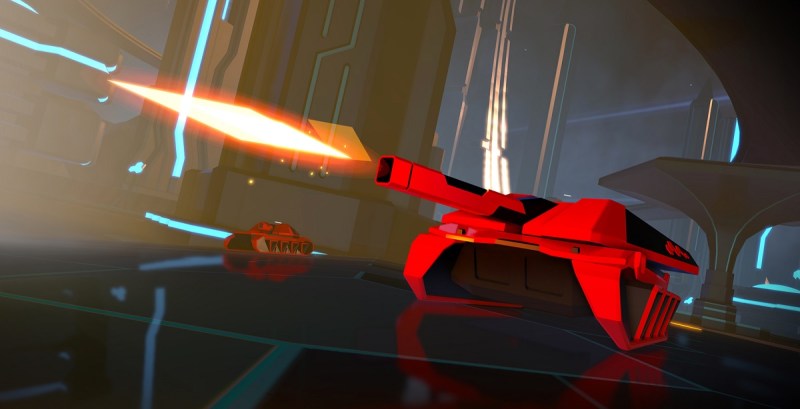 Above: An enemy tank in Battlezone.

The tutorial builds some anticipation as you are gradually led into combat. The game teaches you how to move. You simply turn your head to look in a given direction, and you can use the DualShock controller to control the tank’s movement. The mini-map sits in the center of your cockpit view, and it tells you with red dots where the enemies are.

You press Square to arm weapons or change weapons from machine guns to rockets. You have to aim at the top of the four-level gunsight. You use the left stick to move and the right stick to rotate your tank and aim at enemies. When you fire, a burst of orange light flies from your tank. If you hit the red targets, the enemies burst into orange, yellow, and red fragments. You can use the machine guns on missile turrets or flying drones, but you need the tank’s main gun for armor. 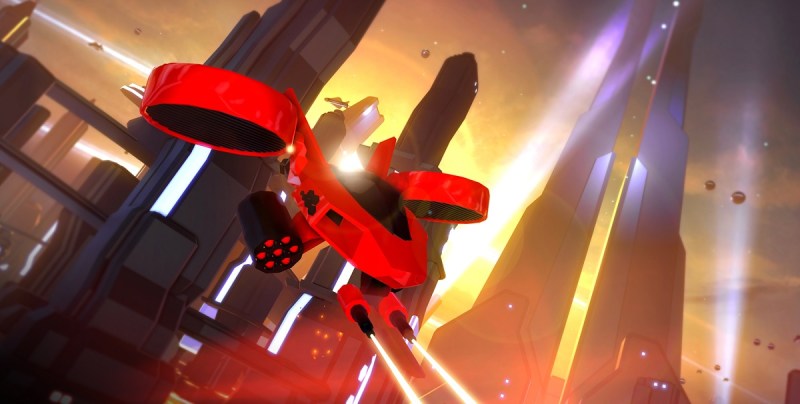 Above: Combat in Battlezone

I did fine shooting at the tanks in the early levels, but the combat is endless. As soon as I finished one wave, a bigger wave would come. The flying drones made me panic more as they came up from behind me and added a lot of complexity to the combat since I had to keep looking up to find them. Then a swarm of drones showed up, flying like a school of fish. I had to take them out with the machine guns.

The environments include a night-time arena, glowing industrial environments, windswept ice wastes, and a heavily updated version of the “neon” level made famous in the game’s original teaser. Despite the extreme amount of movement, I didn’t feel motion sick at all. I managed to keep blasting the enemies in wave after wave until they finally gave up and I finished the level.

The enemies are fairly smart as they move about in some unpredictable ways and often carry the fight to you. You have to maneuver the tank forward or backward to figure out how to escape all the shooting. I survived by moving my tank all over the game world.

Battlezone is part of the launch title list for both the PlayStation VR system and the Oculus Rift.