The Gear VR controller sells for $39, or for $130 when bundled with the Gear VR headset. It hits retail stores on April 21. The controller has buttons, a touch pad for your thumb, and a trigger. I tried the controller out on a recent visit to the Oculus building at Facebook’s campus.

I used the controller to navigate through the Oculus Home site on the Gear VR, and I played a couple of games with the controller as well. One of those games is Oculus Studios’ Dead & Buried, which is the first game that has been ported from the PC-based Oculus Rift to the Gear VR.

Max Cohen, head of mobile product at Oculus, also showed me the new Oculus Store for Gear VR, which has been rewritten from the ground up to load three times faster for Gear VR users. It also has sharper tech, consumes less battery power, and seems to have sharper imagery. There are 700 apps in the store now.

“One of the toughest problems is always discovery,” Cohen said. “With our explore section, we can intermix videos, photos, and apps.”

“It adds a new level of flexibility and interactivity,” he added. “It’s like going from standard definition to high-definition with this experience.”

You can also create an avatar on the Oculus Rift that will also work on mobile devices. You can share things on your social graph and take selfies with the avatar. If you pull the controller’s trigger while you’re taking the selfie, your avatar will raise a thumbs up sign. 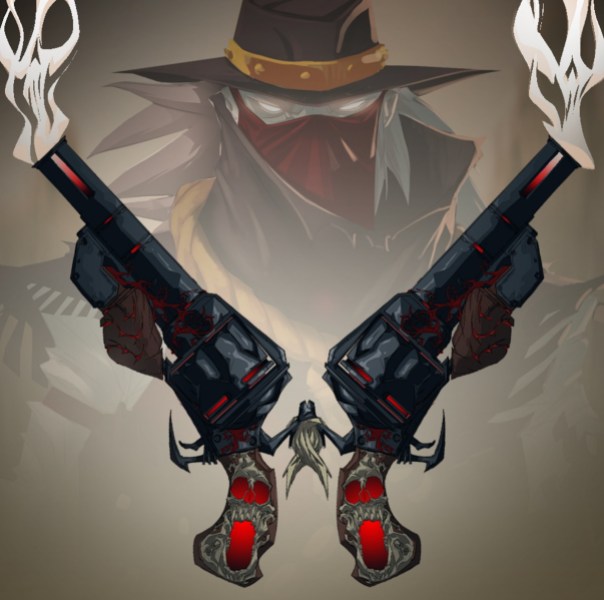 “The avatar is persistent across the Oculus platform,” Cohen said.

And you can use the avatar to watch movies with friends on VR versions of Hulu and other 360 video sites. Sadly, the Oculus avatars don’t work with the HTC Vive.

I played Drop Dead, a zombie-shooting game on the Gear VR. I used my hand to aim, as if I were aiming an actual weapon in real life. Then when the light beams settled on the target, I pulled the trigger and fired a shot. I was able to dispatch the zombies at a pretty high speed. By pointing the gun down and whipping it upward, I could reload the gun. It was all pretty responsive.

Then I played a multiplayer round in Dead & Buried with Cohen. In the gunfight, you have to draw your gun faster than the other guy in front of you. In this case, that other gunslinger was controlled by Cohen. You have to hold your gun (the controller) down at your side at first.

Then, when the timer runs out, you have to draw and shoot your rival faster (pulling the controller’s trigger) than he or she shoots you. In the first round, Cohen shot me. In the second round, I shot faster, but we killed each other. And in the final round, Cohen shot me dead easily. It was fun and made me laugh. That shootout mode was as fun as some of the two-on-two battles in Dead & Buried, which was one of my favorite games for the Rift last year.

There will be 20 titles for the controller at the outset, with about 50 in the next few months. Older titles still work with the headset or with the touch pad on the controller. Samsung is making the controller, while Oculus has worked on some things related to it. 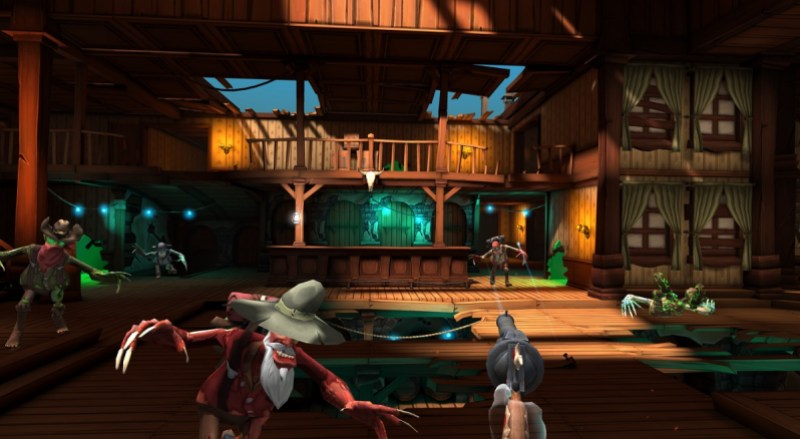 Above: Dead & Buried is coming to the Gear VR.