Ever since the original Skylanders: Spyro’s Adventure debuted in 2011, Paul Reiche has been getting thousands of letters from fans. The president and cofounder of game studio Toys For Bob has a pile of letters with suggestions for new Skylanders characters, with lots of drawings. So the developers of the $3 billion game franchise decided to finally let those fans take charge.

This year Skylanders Imaginators lets players create their own characters for the first time. I went through the process in a hands-on demo in advance of new revelations at the Gamescom 2016 game event in Germany this week. The game is part of Activision’s bid to restore some growth to the toys-to-life market, which has declined with the demise of Disney’s Infinity platform.

“This year we decided to make innovation out of the player’s imagination,” said Reiche in an interview with GamesBeat. 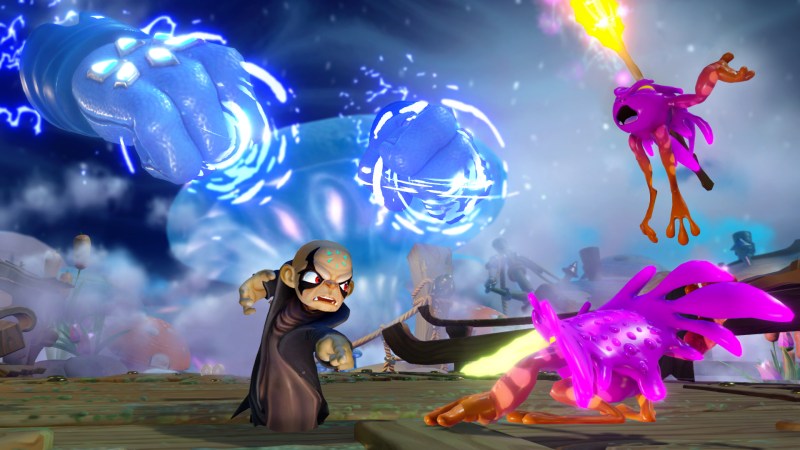 Above: Kaos is playable in Skylanders Imaginators.

Now you can create everything about your Skylander’s character. You have to get your hands on (buy it separately or get it with the game) a creation crystal. You set the crystal on the portal, and that lets you go into the customization engine. It has 10 elements and 10 different battle classes that let you create variations on a theme. You set the element and battle class for your character.

The battle classes include character types such as Quick Shot or Ninja. I created my own Quick Shot character. You can choose body types, colors, facial features, weapons, and clothing. Over time, you collect more options and so can go back and revise your character over time. The number of variations are more than there are stars in the sky, says Reiche. You can even change the character’s voice and the catch phrase the character repeats often. You can go into battle with colorful spandex, if you wish. 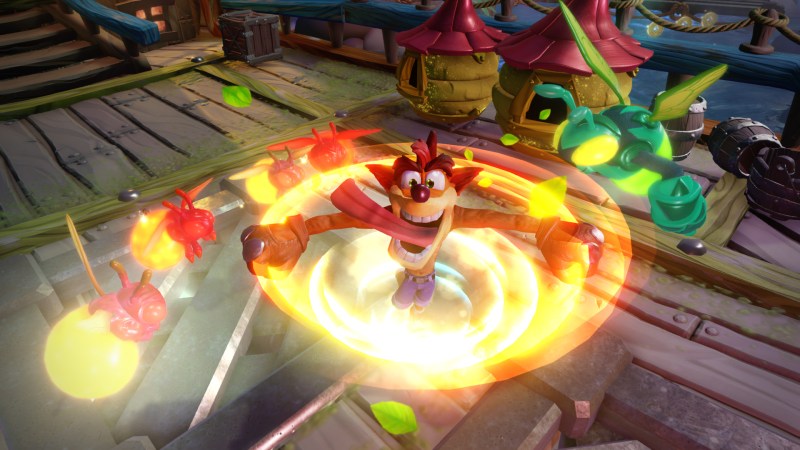 “What we are doing is introducing the depth you would find in a mature role-playing game, but in a way that is accessible and immediate,” Reiche said. “It gives the player the power to control the moment.”

In the background story, the evil Kaos supervillain has figured out how the ancients created the original Skylanders. Using this Mind Magic, he tries to unlock this power just for himself, but he accidentally gives the magic to Portal Masters (players) everywhere. Kaos tries to create a perfect villain, himself. He manages to do so, but the clone then tries to fight Kaos for control. So now you can play as Kaos the character (his clone, really) for the first time. The only way to beat Kaos and his “Doomlanders” is to create your own brand new characters. 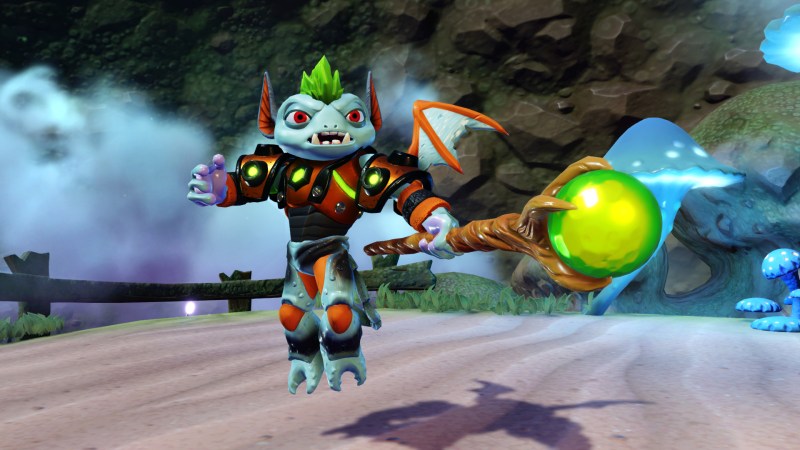 Above: Create your own character in Skylanders Imaginators.

There are new toy characters coming; they’re fully playable characters dubbed Senseis. As I traveled the Skylands with my character, I was able to take my own selfie. If you save your character to the crystal, you can take it with you and play it at your friend’s house. You get one character per crystal, but you can buy as many crystals as you want.

There’s no word yet on whether you’ll be able to create your own toy based on your digital character, but Reiche says cryptically that fans will be able to share their creations. The game has a guest star, Crash Bandicoot, as well as his nemesis, Dr. Neo Cortex. Crash unlocks a new territory, the Thumpin’ Wumpa Islands level. You can get a free Kaos toy with pre-order and purchase of a $75 Starter Pack. I played a bunch of the Crash level, and it has side-scrolling or forward-running platform challenges that resemble the original Crash Bandicoot game. You can buy the Crash pack, dubbed Thumpin’ Wumpa Islands Adventure Pack, this holiday season for $30.

With new versions coming every year, there are now more than 300 Skylanders characters. But this fall, there will be an infinite number.

“We can’t wait to see what people create,” Reiche said.