Among the three major console manufacturers, Sony has had arguably the strongest support from third-party indie developers and major blockbuster publishers this generation. Now, the company is looking to maintain the continuity of those partnerships under a new third-party relations chief.

Florian Hunziker, formerly the chief operating officer at Rock Band studio Harmonix Music Systems, is taking over as Sony Interactive Entertainment’s vice president of publisher and developer relations. In that role, he will oversee deals that bring games from outside of Sony’s internal studios to the PlayStation 4, PlayStation Vita, and PlayStation VR platforms. Those agreements may lead to bonus content for PlayStation versions of games or even full retail releases that are not available on competing consoles — like Street Fighter V. 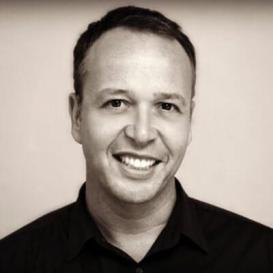 “Early on, most of my focus will be on two key areas,” Hunziker explained to GamesBeat in a message. “The first is making sure our partners, whether they’re a publisher with millions [of dollars] invested in a major franchise or a bootstrapped startup led by a team of passionate developers, get support to easily develop for our platforms and get rewarded for creating great experiences for our fans.”

Hunziker will also use his position in building a stronger connection with game creators to continue building a relationship with the player.

“I will also focus on making sure our fans know they made the right choice when they chose PlayStation,” said Hunziker. “Its incumbent on us to make sure we’re doing everything we can to maintain a diverse gaming library. I think it is important to provide vibrant and diverse content to PlayStation fans. We want to focus on both huge IPs and smaller developers who are willing to take risks to bring something new and innovative to PlayStation. The industry will thrive from a varied and vibrant development community delivering games that engage and amaze gamers.”

If he and his team can get those two things right, Hunziker said, then PlayStation fans won’t ever have to settle for anything less than plenty of games that they love.

At SIE, Hunziker is filling a vacancy left by Adam Boyes, who built a connection not just with game studios and publishers but also with fans before exiting the company in July to take over as chief executive officer at Killer Instinct studio Iron Galaxy. And Hunziker explained to GamesBeat how he views filling in that vacuum.

“I have great respect for Adam and his commitment to large publishers as well as the indie development community,” said Hunziker. “One thing I have learned in my dozen years in the industry and thirty-odd years as a gamer is that platforms, publishers, and developers only succeed when they are truly committed to creating amazing, new experiences for gamers. So this role might be different from my roles at EA and Harmonix because its portfolio focused, but the importance of building and maintaining a healthy relationship with our fans is very familiar to me.”

With all of that experience, the new Sony relations boss sees how crucial it is to solidify PlayStation’s position in the market.

“Our fans can expect us to continue to focus on indie games and unique partnerships,” he said. “PlayStation has done a great job bringing diverse content to the platform and I want to continue that focus whether the games are from indies or publishers. Having worked on both the publishing and development side in my career, I know that “exclusivity” is a polarizing topic in the game industry. However, I also understand that there’s a great deal of creative innovation that would never happen without a first party taking on significant financial responsibility. I’m fired up to be joining a company that’s not afraid to take these risks and bring compelling IPs to market.”

Sony has engaged heavily in those kinds of deals to bring risky products to consumers. That includes a number of virtual reality launch games for the PlayStation VR, like Batman: Arkham VR. But that also led me to ask Hunziker if the company would attempt a deal along the lines it has with Capcom for Street Fighter V, and he said he wouldn’t take it off the table.

“We’re definitely not going to shy away from trying new things,” Hunziker explained.

Finally — and most importantly — Hunziker recognizes the importance of teasing fans with retro T-shirts as PlayStation events similar to how SIE chief Shawn Layden did with his Crash Bandicoot shirt at the PlayStation Experience fan event in 2015.

“I think I need to find [Layden’s] stash,” Hunziker told GamesBeat. “Shawn takes impeccable care of his classic game T-shirts while I wear mine out quickly.”