Time flies when you’re having fun in Jam City’s Harry Potter: Hogwarts Mystery. The mobile game publisher is launching the Year 5 update of its Harry Potter mobile game, which debuted not five years ago but in April.

Measurement firm Sensor Tower estimates Hogwarts players have spent more than $60 million so far, with nearly half of that amount coming from the United States. Last month, the game was ranked No. 62 for mobile game revenue in the U.S.

With new Year 5 content, players will get a bunch of new mysteries to unravel. Players that earned their prefect badge in Year 4 will take on the responsibilities of the role, while enjoying access to a new location in the game, the prefect’s bathroom. But all Year 5 students are faced with an even bigger test than earning the badge: taking their Ordinary Wizarding Levels (O.W.L.) exams.

As Year 5 unfolds, players will head into new territory exploring dodgy areas, like Knockturn Alley. Back on school grounds, players will learn from new professors like the lauded, but legendarily long-winded History of Magic Professor, Cuthbert Binns and the identity of the new Defense Against the Dark Arts professor will be revealed. 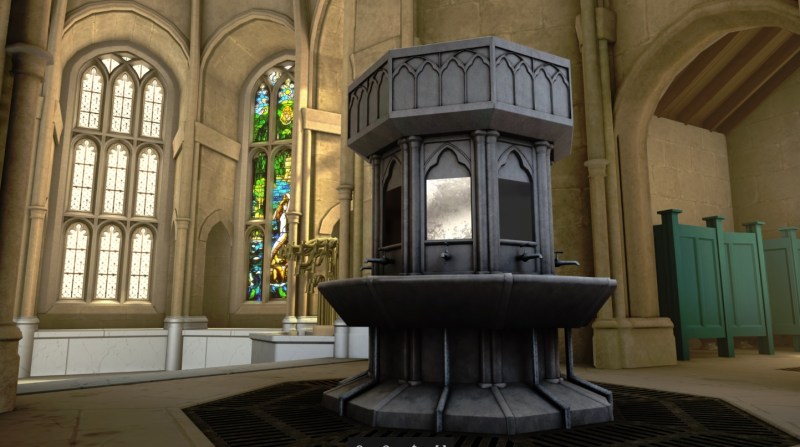 Above: Now you can go to the bathroom.

Outside of classes, players will cross paths with more members of the Weasley clan and other familiar characters from the Wizarding World.

“Year 5 is a pivotal year for any student at Hogwarts, with the O.W.L. exams looming, new professors to navigate, and for some, a prefect badge on their robes,” said Amanda Heaton, executive producer at Jam City, in a statement. “We wanted to reflect the rigors of this year in the mobile game, balanced of course, with the core extra-curricular activity at Hogwarts: unraveling mysterious with your school mates. Year 5 brings the most robust year of content yet to the game, and we’re excited for players to start this new chapter.”

Harry Potter: Hogwarts Mystery is the first mobile game where players can create their own character and experience life as a Hogwarts student. In the narrative adventure with role-playing game elements, players will create a personalized student avatar, attend classes, learn magical skills, and form friendships or rivalries with other students.