After a year of going back to the Stone Age during the GamerGate controversy, the game industry made some progress last week in advancing the cause of women and diversity in the game business.

Kate Edwards, executive director at the International Game Developers Association, is one of the people who is bringing diversity issues to the forefront. The IGDA is now taking surveys that measure concerns about sexism in the industry as well as broader concerns from developers about jobs and platforms. In the most recent survey, about 65 percent of game developers said that “more diversity in game content” was a very important issue for the industry.

Edwards and the IGDA teamed up with Intel for an announcement that the chip giant wants to double the number of women in gaming. About 48 percent of game players are women, according to the Entertainment Software Association, but only 22 percent of those creating games are female. Intel previously announced in January that it would invest $300 million in programs that will bring more women and other diverse talent to the tech and game industries.

The issue of diversity in game content has been a huge issue in the past year, thanks in part to the Gamergate controversy, Edwards said. She noted that the Gamergate issue — which brings to mind issues around game journalism ethics as well as harassment of female game developers — isn’t over yet, and it is causing a larger conversation at companies such as Intel about the role of women and minorities in game development.

Edwards was part of the conversations that led to the action by Intel. I caught up with Edwards at the Game Developers Conference in San Francisco this week. Here’s an edited transcript of our interview. 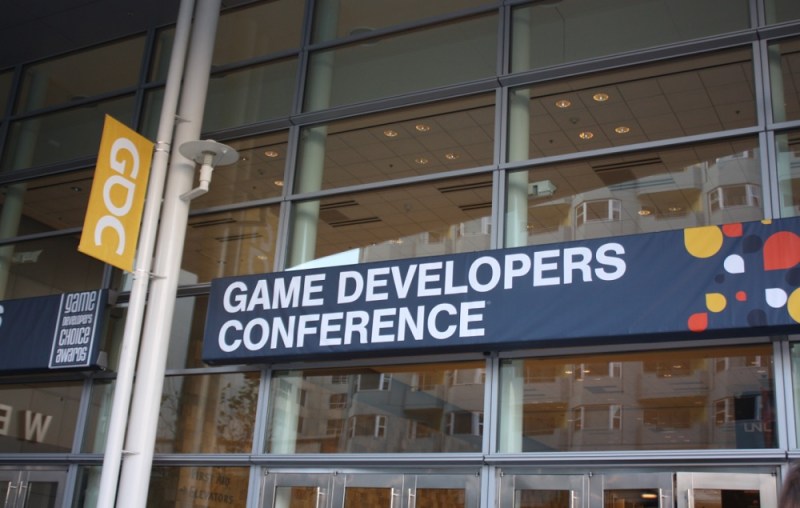 Kate Edwards: In the industry trends report we just released, not necessarily in that one. A lot of the trends we focus on in the report, which is digging deeper from the summary report we released last year, are more about developer behavior. What platforms are they focused on? Where do they see technology heading? Things of that nature.

A lot of the demographic stuff is the same we had before. We do reiterate in the industry trends report from the questions we had about their perception of how the public views the game industry. That was probably one of the more telling things. The second-highest answer for them was sexism in games, and the fourth-highest was sexism in the industry itself.

GamesBeat: That perception … has that tracked over the years? Has it changed any?

Edwards: That was a new question last year. We’ll see, since we just launched the 2015 version today. That’s going to be one of our constant questions.

GamesBeat: A few years back, after the recession, the outlook on jobs must have been pretty terrible. Now everyone’s a little more positive.

Edwards: I think so. Even though we showed, in the summary report, how the average number of jobs people had in five years was four, almost four. We’re talking about 70 percent of respondents having a permanent full-time job. There’s optimism, even if there isn’t real stability.

GamesBeat: That seems to come with an industry that’s expanding, as far as indies or mobile or online. Everything’s still expanding.

Edwards: I think that also came through in some of the qualitative comments we got in the survey. We didn’t have the room to publish all of that, but some of those — A lot of the optimism people are seeing, in my perception, a lot of it is coming through choice. They have the ability to be independent or be part of a studio. They see that they can have potential success as an independent. My sense is that’s driving some of that optimism.

GamesBeat: What’s your own view of the state of the industry?

Edwards: My personal view, especially dealing with a lot of developers, interfacing with our chapter leaders around the world — I still think that outside of North America, the optimism is quite high. Some of that is actual, I think, because they’re seeing double-digit growth. Mainly through mobile, but it’s still growth. It’s potential for developers to grow and for the industry to grow.

So there’s more optimism, in my perception, outside of North America. In North America, people are becoming more optimistic as the survey shows, but they’re still — how do I want to put it? I don’t want to say there’s pessimism, but there’s wariness because of what we just went through. I’d say people are cautiously optimistic about where things are going.

GamesBeat: I counted about nine out of 20 top-grossing mobile games that are American made. It seems like the dominance isn’t there anymore. The fastest-growing part of the industry isn’t dominated by Americans.

Edwards: I read that, and I thought it was great. The emphasis underscores my own perception — I think the anecdotal evidence we’ve been seeing is that the international scene, they’re taking advantage of the mobile space. They can’t compete on the console side. Or they choose not to, because they don’t have to. That’s not where they’re going to find an advantage. It’s great to see.