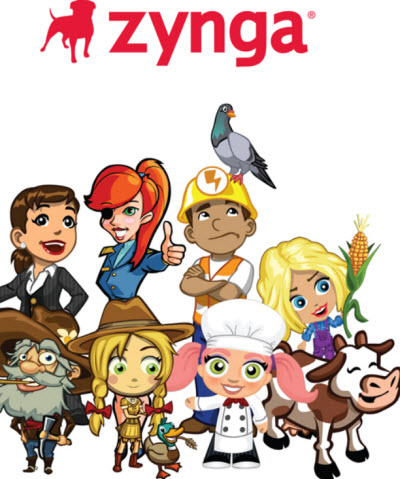 Hasbro and Zynga are announcing a deal where the big toy company will create toys based on Zynga’s game characters and social gaming brands. It’s a marriage of the old new game worlds that makes sense as the physical and digital worlds converge.

The deal helps keep Hasbro more relevant for a generation of kids who are growing up with online social games. While Facebook is still technically not for kids, a lot of social-game players are either children or people who like to play with toys.

Zynga has more than 227 million monthly active users for games such as FarmVille, CityVille and Words With Friends. Hasbro already has a deal in place where Electronic Arts turns Hasbro board games such as Monopoly into digital versions for video game players.

Hasbro is paying Zynga for the license to develop a wide range of products based on Zynga’s game brands.

“It’s exciting to partner with Hasbro as we share a common vision for play and a mission to connect the world through games,” said Mark Pincus, founder, CEO and chief product officer of Zynga. “This partnership is so special because it represents an exciting leap forward in enabling people to connect their virtual and real worlds. Hasbro has inspired play through their famous toys, games and action figures and we look forward to working with a company that continually creates meaningful and fun brands.”

“Hasbro is thrilled to have the opportunity to bring Zynga’s immensely popular social games to life in a variety of creative and new expressions that reflect consumers’ growing desire to surround themselves with gaming brands they love anytime, anywhere together with their friends and family, ” said Brian Goldner, President and CEO of Hasbro.  “Zynga is bringing more games to mainstream culture and is redefining how people play. At Hasbro, we’re proud to help bring their games to even more people around the world. This strategic alliance plays off of both Hasbro’s and Zynga’s proven strengths and is emblematic of the new innovations and new platforms we are creating across our entire gaming portfolio.”

The first toys will be out in the fall.