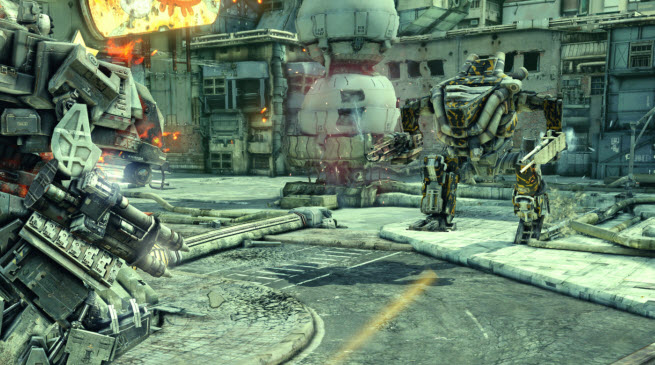 Meteor Entertainment, the publisher of the highly anticipated free-to-play online multiplayer mech combat game Hawken, has raised $18 million in a second round of funding. 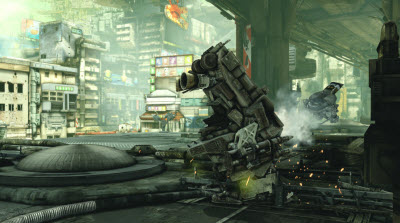 The new investors show that Meteor continues to gain support from the financial community for its potentially disruptive game from Pasadena, Calif.-based Adhesive Games. Hawken is a high-end console-like game with cool 3D graphics and a Call of Duty style approach to giant mech combat.

In addition to existing backers FirstMark Capital and Benchmark Capital, new investors in this round include Rustic Canyon Ventures and Chinese mobile entertainment company KongZhong, which plans to publish Hawken in China. The goal is to create a billion-dollar free-to-play gaming company.

“We are doubling down with the launch of Hawken and we have put another title into product,” said Mark Long, chief executive of Seattle-based Meteor Entertainment, said in an interview with GamesBeat. “We are also gathering a war chest to acquire another title that could be on the same quality level as Hawken.”

To date, Meteor has now raised $28.5 million in two rounds of funding. The new money is an endorsement for free-to-play games, and digital publishing of art house style games.

“It’s clear from this investment that we do not believe the game industry as an investment category is going down,” said Nate Redmond, managing partner at Rustic Canyon Ventures, in an interview with GamesBeat. “From watching disruption in multiple industries and seeing it come to games, that is appealing to me as an investor and a gamer. We see how quickly it is happening. The incumbents see it, but they can’t change quickly enough to capture it.” 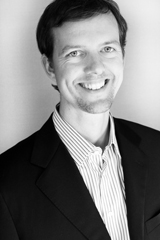 Rustic Canyon has also invested in Trion Worlds, a publisher of massively multiplayer online games. After watching that part of the industry evolve, Redmond believes that taking hundreds of employees to build large games is not the only way to publish hit games. He thinks that taking smaller teams and publishing them directly on the web has a lot of potential.

“It doesn’t take a $50 million or $100 million budget to do this,” Redmond (pictured right) said. “You can now invest more heavily after the game launches and you see how it is a success and the game mechanics are working properly. We look at a lot of possible game investments. It continues to be one of the most interesting sectors of digital media. This is the first important one that we’ve seen in the last few years. It comes down to whether they have built great game play. The core mechanics are pretty amazing. The team is very technical, and they really understood their engine and how to squeeze performance out of it.”

“A year ago, we didn’t even know if this was going to work,” Long said. “Trying to run dedicated servers on an Amazon Elastic Compute Cloud (Amazon’s data center outsourcing service) was something nobody had tried before. Early on, we tested it to see if it would work. As we move into it, it works better than we could have hoped for” as it can handle 10,000 players in simultaneous gaming without any hiccups. The latency, or delays in interaction, is so low that the service quality is good in beta testing, Long said. That saves a lot of money on data center costs, he said.

Because the technology worked so well, Long decided to get more games in production. It also looks like Hawken will reach a lot of new territories relatively quickly. Those developments led to the new round.

“All indications are that Hawken is going to be a hit,” he said. “How well it monetizes is an open question. But we are confident Hawken will go out strongly.”

Meteor was founded earlier this year and it has fewer than 50 employees. Rivals include Infinite Game Publishing, a Canadian firm that is launching an online game, MechWarrior Online, that focuses on multiplayer mech combat. Long is encouraged that MechWarrior Online is monetizing well in beta testing and he is confident that mech fans will embrace both games.

Long said that the company is focused on a transmedia approach to publishing and it will work on one to two games at a time.

Long previous worked as head of Zombie Studios and he has spent more than 20 years developing games. He knew Mitch Lasky, general partner at Benchmark, who believes that free-to-play online games will steal an $8 billion to $10 billion chunk of the hardcore game market away from console titles and disk-based retail PC games.

“Our management team is full of gamers and we believe there is an opportunity to disrupt online gaming in China,” said Jay Chang, chief financial officer at Kong Zhong, in an interview with GamesBeat.

His company launched the Chinese version of Wargaming.net’s World of Tanks online tank combat game in China. And it has also taken out a license to publish a version of Hawken in the Chinese market, probably in 2013. Long said he believes Kong Zhong could become one of the top three online game publishers in China in the next couple of years.

“We think Hawken has the potential to be even bigger than World of Tanks,” Chang said. “The Chinese market is maturing and there are a lot of  users for free-to-play games.”

Benchmark and FirstMark are the same investors who backed the highly successful Riot Games, maker of League of Legends, a downloadable web game that was so popular that China’s Tencent bought Riot for more than $400 million last year. At the time, Riot had just a million users, but the company was valuable because of its fast growth — it has 70 million registered players and 32 million monthly active users — and the hardcore gamers were willing to spend real money for virtual goods in the free-to-play title.

Hawken is being developed by Adhesive Games, a small team in Alhambra, Calif., and it will be published by its parent company, Meteor Entertainment.

Hawken is scheduled to launch on Dec. 12, or 12/12/12. The title drew a lot of attention last year because the team posted cool game play videos on YouTube that collectively garnered more than 1.9 million views. Khang Le, chief executive of Adhesive Games, told us in an interview that the game is akin to Call of Duty multiplayer combat, but for mechs. After Lasky saw the YouTube video, he became obsessed with finding the Hawken team and he eventually succeeded in getting a meeting with them.