Look out, insects! Ragnaros the Firelord, N’Zoth, and 21 other cards are coming out of Hearthstone‘s Wild format and into Standard for a limited time.

Hearthstone is a the digital card game king, and the free-to-play title keeps players engaged by releasing three expansions a year. That can add up to a lot of cards, so Blizzard Entertainment will only make cards from the original set and the more recent expansions playable in Standard modes, while every card is playable in Wild. Blizzard will also “Hall of Fame” some cards from the Classic and Basic sets that it feels have been popular for too long. That’s how Ragnaros ended up in Wild.

Three expansions a year can mean that there are stretches of months where the game can feel stale, something that Blizzard has been trying to address. Sometimes it will introduce a round of card balances in the middle of an expansion cycle. During the last expansion, Rise of Shadows, Blizzard buffed a bunch of cards from an older set in the Rise of the Mechs event. Now Blizzard is experimenting with bringing some Wild cards out of retirement for a limited time to keep things fresh now that we’re deep into the Saviors of Uldum expansion. Players will also get free copies of Ragnaros and N’Zoth during the event. And, no, you can not disenchant these free copies. These will be regular, not golden, versions of the cards. 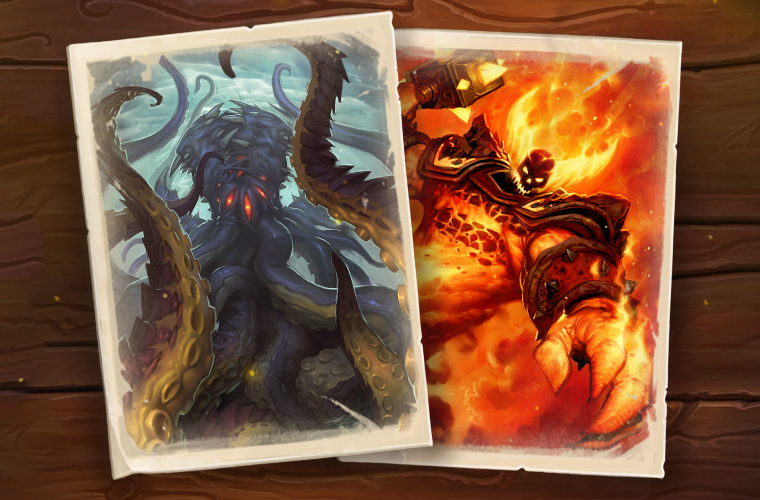 Blizzard will reveal the full list of the 23 cards on October 4. We’ll also learn more about a new in-game event on that date (Blizzard has promised to do more of these in the future).

Blizzard has also announced a new reward for players who have earned 1,000 wins with a class. Right now, getting 500 wins gives you a golden border around your hero. Soon, getting 1,000 victories will give you an alternate portraits of the original class heroes (Jaina, Anduin, etc.).