Hearthstone has seen a big drop in its Twitch audience size. Magic: The Gathering Arena, the digital version of the popular collectible card game, has managed to grow or hold steady since it went into an open beta in 2018. You look at the chart below to see just how much more close the two games are in terms of audience size now. 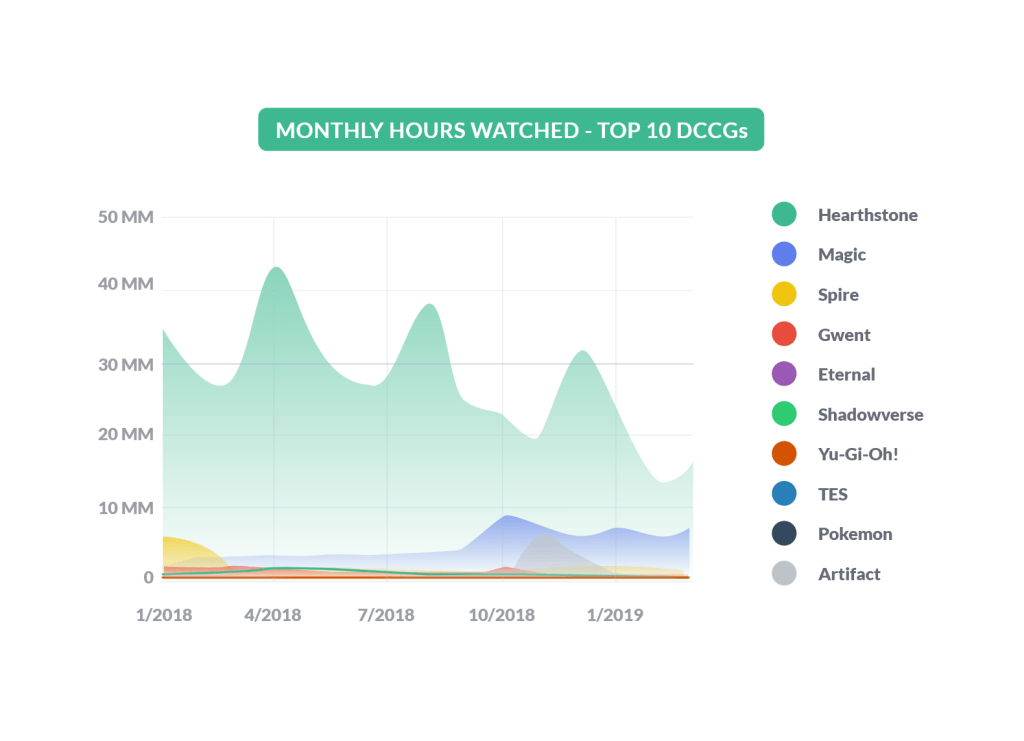 Above: The most watched digital card games on Twitch.

Hearthstone’s competition isn’t only regulated to other digital card games. Gamesight notes that Auto Chess, formerly Dota Auto Chess, has been attracting some of Hearthstrone’s players, viewers, and influencers away. Auto Chess is not a digital card game, but it has drawn a similar audience. So for Hearthstone, it’s really a war on two fronts.

“Wizards of the Coast has put a ton of time, effort, and money into building their streamer and viewer base for Magic: The Gathering Arena, and we’re starting to see it really pay off for them,” Adam Lieb, CEO of Gamesight, noted in a press release sent to GamesBeat.  “The race between Magic and Hearthstone is heating up, especially recently. Meanwhile, Auto Chess, while not strictly a DCCG, is really starting to cut into mindshare in the CCG community.”

But the chart does show that Hearthstone does not have any major competition in the digital card game space aside from Magic. Gwent, The Elder Scrolls: Legends, and Artifact are all smaller blips on the DCCG radar.

Still, Hearthstone will have to think of a way to stop the bleeding. It has long relied on three expansions per year to keep its game relevant. The latest, Rise of Shadows, launched earlier this month. As usual, its launch has provided a bump in viewership, but not enough to bring the game back to early 2018 levels.

Aside from expansions, Hearthstone has not received much content since launch. At one point Blizzard was working on a much-requested in-game tournament feature, but then scrapped that plan when it wasn’t coming together like they had hoped.