Hearthstone’s Quest Rogue players might actually want to find a cave to hide in after hearing the news of Blizzard Entertainment’s changes to the controversial The Cavern Below card.

The publisher of the market-leading digital card game said it’s weakening one of the most-talked about cards from Journey of Un’Goro: The Caverns Below. It will now require you to play five minions, not four, to get the big reward of the quest: The Crystal Core, which gives all your minions 5 attack and 5 health, even if they normally have less. It’s among the most hated cards in the Un’Goro expansion, since it didn’t take long for pros and other top players to crack how easy it is to pull off the quest (even me, who stinks at Rogue and has barely played Quest Rogue, got it off in four and five turns while playing a couple of matches for this article).

Blizzard sent GamesBeat and other outlets a statement on why it’s making the change.

Since the release of Journey to Un’Goro, Hearthstone has enjoyed a wider variety of competitively viable classes and decks than ever before. We’ve been monitoring overall gameplay, and we’ve decided that — even though everything is varied and many decks are viable — change to The Caverns Below is still warranted. The Caverns Below is uniquely powerful versus several slower, control-oriented decks and played often enough that it’s pushing those decks out of play. This change should help expand the deck options available to players both now and after the release of the next expansion. 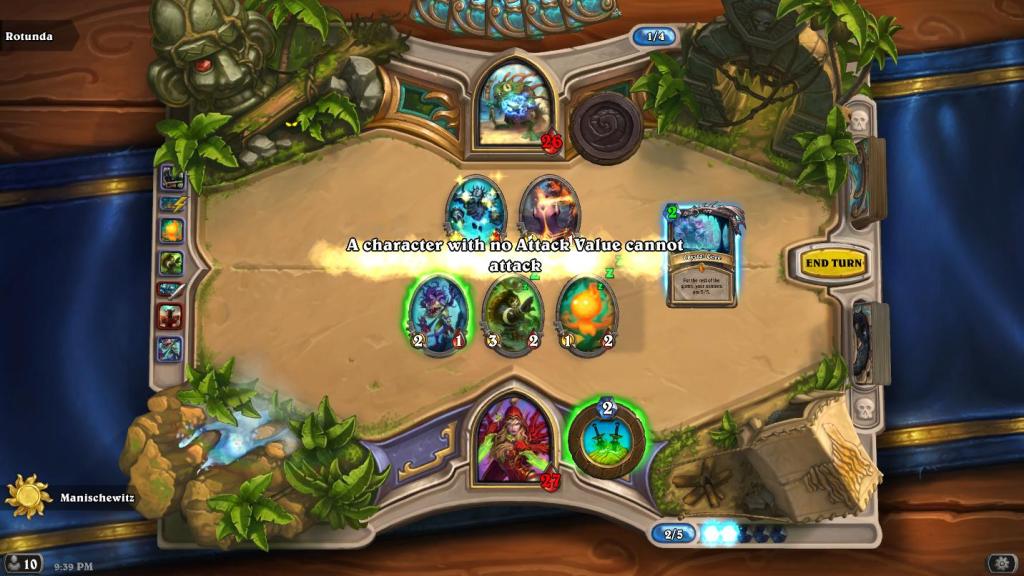 Above: How easy is it to get the Crystal Core reward? I was able to profit from it on Turn 5. TURN 5!!!

Alex “Raven” Baguley, a professional Hearthstone esports caster who works many of Blizzard’s top events, had a smart take on the change, likening it to the Warlock quest that puts a portal on your board and spits out a pair of 3/2 imps each turn.

I am surprised they went for this vs making it a minion that acts like the warlock portal. Take a board slot and cant be prepped

Blizzard also said it was holding a developer livestream, with a question-and-answer session, at 10:30 a.m. Friday, June 30, with Hearthstone game director Ben Brode and principal game designer Mike Donais (a veteran game maker who worked on Magic: The Gathering and Dungeons & Dragons) to discuss the state of the Un’Goro expansion and game balance.

Hearthstone has made a few other recent announcements: Blizzard is changing how packs work to prevent giving you from opening duplicate Legendary cards (the ultimate in the “feels bad department”), and it signed a new deal to give exclusive esports streaming rights for 20 events of Hearthstone and its other games to Twitch.