Hearthstone is giving its 40 million registered players some big incentives to compete this week.

Blizzard has announced this week’s Tavern Brawl, which are weekly events in the digital card game with changing rules. Usually, you can earn one free pack of cards for winning one game in a Tavern Brawl. This week, however, Blizzard is creating an Heroic Tavern Brawl for its PC and mobile card game. It will launch in place of when the Tavern Brawl usually goes up, which happens every Wednesday,

The Heroic Tavern Brawl has players create decks in the Standard format, which uses cards from more the original release and more recent sets. Then, throughout the week, players compete to try and achieve 12 wins with their decks, without being able to make any changes to their creations. Similar to the Arena mode, if you lose three games, you’re done.

This is different from a typical Tavern Brawl. Notably, Tavern Brawls are usually free. The Heroic Brawl, however, will cost players $10 or 1,000 in-game gold to enter. Brawls also usually focus on whackier, less competitive experiences. They are fast-paced games with strange rules, like only allowing you to make a deck with only three cards or giving each player random spells each turn. This Heroic Brawl is much more competitive and will likely see people using the same kinds of decks that are popular in Standard mode (so expect to see lots of Shamans). 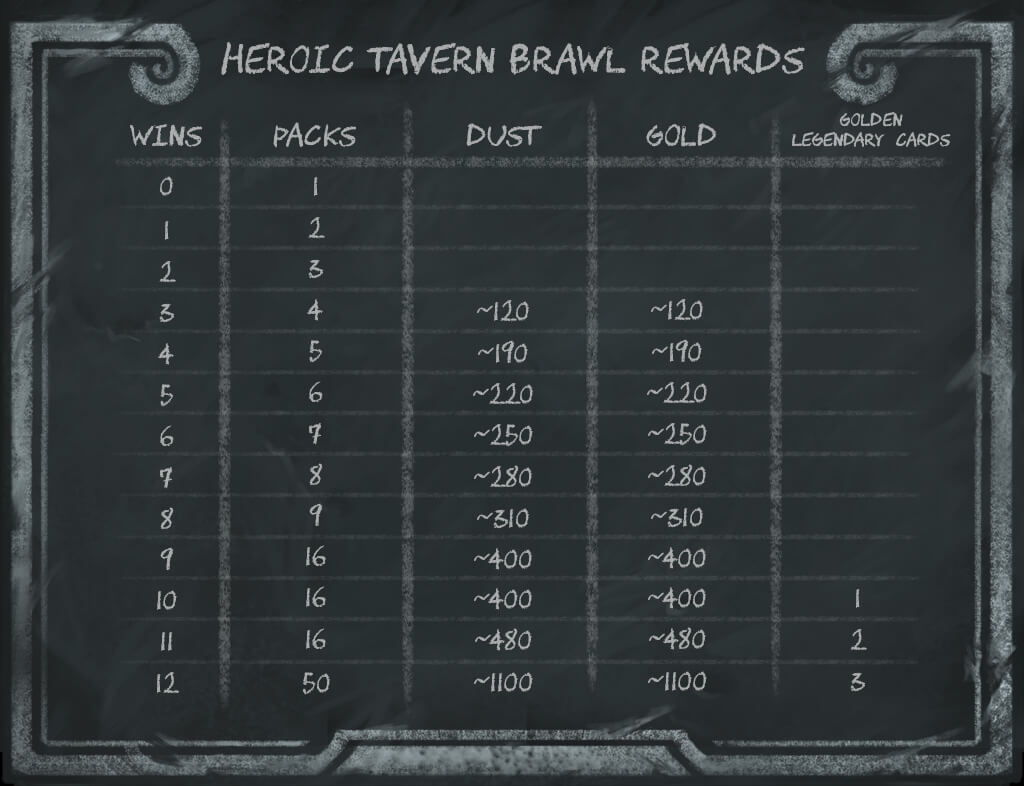 Of course, winning 12 games will be a tall order for most players. Still, everyone who competes will receive some kind of an award based on their performance. The more wins you reach before hitting three losses, the better your booty. Blizzard has told our GamesBeat that if you don’t win a single game before losing three in the Heroic Brawl, you only get on pack of cards — no dust or gold. Considering the hefty 1,000 gold entry fee (which could buy you 10 packs of cards), you stand to lose out on your investment by a lot if you do poorly. Even in Arena, 0 wins usually gives you some dust or gold along with a pack of cards.

You can watch Hearthstone’s designers talk about the new mode in the video below: