Hearthstone announced a in-game tournaments in February. But on September 18, publisher Blizzard Entertainment revealed that this long-anticipated multiplayer feature was going on hiatus. This surprised the community, especially since the studio had been so quiet about the mode’s development.

The folks on Blizzard’s Hearthstone team are talking now. In an interview with GamesBeat, Hearthstone creative director Ben Thompson talked about the recent moves. I started asking Thompson about technical issues, but he says the team didn’t decide to shelf tournament mode because of any problems with Unity, the game engine that runs Hearthstone. Nor did it have to do with departures of senior team members, such as ex-creative director Ben Brode or former lead producer Yong Woo.

No, Blizzard put Hearthstone’s tournament mode on hiatus because of the gulf of expectations that existed between what the developers were working on and what players wanted. As Brode explained when “in-game tournaments” were announced in February, you’d be able to play a Standard or Wild event featuring Last Hero Standing or Conquest (two formats that Hearthstone’s esports follow), but you wouldn’t be able to offer bans, set up Arena-like or Sealed events, or set up more sandbox options.

Turns out, though, that a numbers of players wanted those options (and/or others). Thompson explained how Blizzard game to this decision. Here is our edited transcript of our discussion. Ben Thompson: Yes. Basically, what we’ve been saying is it’s on indefinite hold. We don’t have a set timeline that we’re looking to bring that back online. It’s not something we’re looking to get rid of entirely, honestly. We just don’t want the community to get the wrong idea. It’s on hold. We’re still talking about it.

GamesBeat: Was the Unity game engine holding it back?

Thompson: It’s actually nothing to do with Unity at all. Unity’s been a great partner throughout the development of the game, and they continue to be such. Anything and everything we end up doing with Unity has only made the game better. As far as tournament mode, it has nothing to do with them at all.

GamesBeat: Was the tournament mode you were working on causing too much software bloat?

Thompson: Each and every time we add a feature to Hearthstone, we do so with an eye toward what it does to the size of the client, the size of the download. We always have an eye toward mobile specifically being a big determining factor for anything when it comes to size or bloat. The tournament mode specifically didn’t come down to client size, or even how it performed on mobile or PC or desktop or any of it. It was not a performance issue at all.

GamesBeat: How did this tournament mode perform in testing before you shelved it?

Thompson: The very bare stuff we had in, the bare minimum as we were doing testing and proving out, performed fine, the aspects we had in. That was all working well.

GamesBeat: Would you say it was as performant as Arena mode or Tavern Brawl or Casual or Standard?

Thompson: No, I wouldn’t say there’s any difference between them. 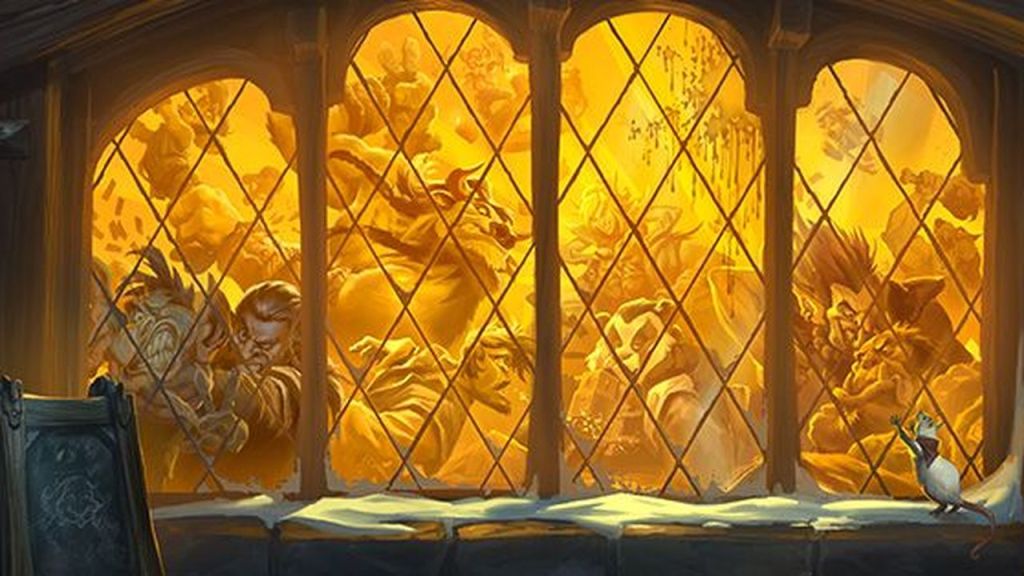 Above: Tavern Brawls are the only mode Blizzard has added to Hearthstone since its 2014 launch.

GamesBeat: Was there a problem with making it a cross-platform app, between PC and mobile, for what you’re trying to do?

Thompson: It’s kind of a similar thing when we’re talking about the client size or performance or any of those. Certainly, whenever we suggest implementing any new mode to the game, it’s always going to be done with an eye toward cross-platform. Something that’s been part of Hearthstone since day one is performance and accessibility across platforms. This would be no different. There was no discernible difference to us as far as how it performed across platforms on any of them.

Thompson: I’d say it had nothing to do with how the team is composed. Certainly we’re always keeping an eye on team composition for any number of reasons. I think a temptation — sometimes this temptation is internal as well, to the company and the team — is to believe that any time we’re approached with a cool or interesting idea, or one we know is going to be more challenging to another, that headcount will solve it. The reality is that often headcount doesn’t solve it. Sometimes it has the potential to make things worse. Any time we take on a new feature or consider even adding headcount for day to day, we do so with a very keen eye. We do so in such a way that we know it will only make the game and the team as a whole better with those introductions to the group. With regards to tournament mode, it’s not something that we believed additional people, additional headcount, would have changed.

The reason? Gulf of expectations

GamesBeat: Did the recent departures of senior leaders factor into tournament mode?

Ben Thompson: It would be understandable if people thought that. I can certainly see where that could be true in some people’s minds.

Speaking as someone who’s been on the team for nine years — the fifth employee on the team — this is something we’ve talked about in passing for a while. We’ve had interest in it as a team, off again and on again, as we were thinking about different things for the game. As we started to tackle it this year, when we talked about it at the beginning of the year, it’s something the team was behind uniformly. It wasn’t necessarily the brainchild of a single person, or even a single group of people, on the team. And myself included, we were very excited about what something like tournament mode could bring to Hearthstone.

I’ll be honest with you. When we looked at something like tournament mode, we did something with tournament mode for the very first time that we’d never done before in the history of Hearthstone. What that was was to announce a new mode to the game, a new feature to the game, so early that it started to take on a life of its own. As we continued to work on and produce aspects of what we hoped would ultimately become tournament mode, that lead time of the announcement allowed a simultaneous discussion to be taking place with the community. That allowed for a lot of time for the community to form, in its collective head, what they believed tournament mode could be, or should be. The more time that happened, what we did in that case was allow for two paths of thought to be created. You had the devs working on what they believed tournament mode should be comprised of, and the community building up in their own heads what they hoped and thought it would be.

Ultimately, as we approached the end of the year, the delta between those two was so great that we didn’t ultimately believe the resulting tournament mode we had been working on would meet the hopes and expectations of a player base that we only want to ever do right by. As we started to hear the feedback and thoughts from the community as to what they were thinking it would be and where we thought it could be, we thought that the best case scenario for this would be to take a long, hard look at where we’re at and to reassess that and revisit it at a time we would be able to create something much more close to the hopes and expectations of not just our players, but even ourselves as well.

GamesBeat: Let me get this straight then, make sure I have this right. One of the biggest reasons, if not the biggest reason, you put this on hold, is because of the gulf that was created between what you as the development team intended and what the community was wanting from it.

Thompson: Yes, in a nutshell.

GamesBeat: So this is an example of the dev team listening to the community and saying, “We hear you. We’ll give it another go.”

Thompson: Absolutely. I think that’s a good way to put it.