Hearthstone started out as project from a small team. It’s now one of Blizzard’s most important games.

The World of Warcraft company ventured into smaller projects with smaller teams years ago, and one of the results was Hearthstone: Heroes of Warcraft, a digital collectible card game that released in 2014 after a long best-test period. It was an instant success. While card games weren’t new — Magic: The Gathering had a computer game version for years — Blizzard’s product became so strong that it established what market research firm SuperData called a “dominant new category” in a report last year. It found that card games had become a $1.2 billion market, and Hearthstone was its leader.

Shortly before the launch of Whispers of the Old Gods expansion in May, GamesBeat interviewed Jason Chayes, the production director for Hearthstone. The chat focused on the business and tech of the Blizzard’s card game. Here’s an edited transcript of our interview.

GamesBeat: Card games are now valued at about $1.2 billion a year. Hearthstone is the industry leader. When you launched, and in that first year, did you see a trend pointing to that? Or did you think the opportunity existed even before?

Jason Chayes: We definitely felt like card games, and particularly digital online collectible card games, always had huge potential. That’s why we got into making Hearthstone to begin with. This is similar to how Blizzard approaches all of its games. There’s a genre that we’re very excited about internally, whether it’s MMO or CCGs or RTS for that matter, something we love playing, we’re excited about it, but we feel like there’s an opportunity to do a version we think could be better. That’s where Hearthstone came from. We played a lot of CCGs in the past and thought there was an opportunity to make a really awesome version of an online CCG. That’s where Hearthstone began, going back to 2008. We ended up spending a lot of time refining it, figuring out what was working, what were the areas that were frustrating and could get polished away, what were the areas that were pretty good and we could build on further. Through that approach, we go through these iterations of refinement. Over the next several years we figured out how to make Hearthstone the best CCG it could be. The idea behind all that, to answer the question, is we feel like a lot of other people out there could love the genre as much as we do — people who’ve never played a CCG before – if they just know what was great about it and could get super into it. The thing is, there are so many opticals or hurdles sometimes to the accessibility of the genre. A lot of our time is spent on figuring out how to take this core game, this core genre that’s super exciting, and make it so that it’s appealing to potentially a much broader audience. That’s how we approached Hearthstone, and I think that’s been a big part of its success — the fact that we’re able to take some of these core compulsions of the genre and make them something anybody can get excited about.

GamesBeat: As far as the lucrative side, did you think, when you launched this game, that it would help build a category that’s now worth more than a billion dollars? Or did that take you by surprise, how much money there was to be made there?

Chayes: It’s not something we focused on much when we were working on the game. Our focus was just on making the best game we could possibly make. What we’ve found historically is just that if we can make a great game that we’re excited about, that the community is excited about, that’s ultimately what we consider to be the biggest success. The fact that it’s been received so well is great. That opens up the ability for us to keep iterating on the game with new features that we’re passionate about and continuing to improve it over time. But the main thing for us is just how we can make the game as strong as it can be.

GamesBeat: How concerned was Blizzard, internally, when you were prepping and launching Heroes of the Storm, that you might cannibalize your subscription base from World of Warcraft? 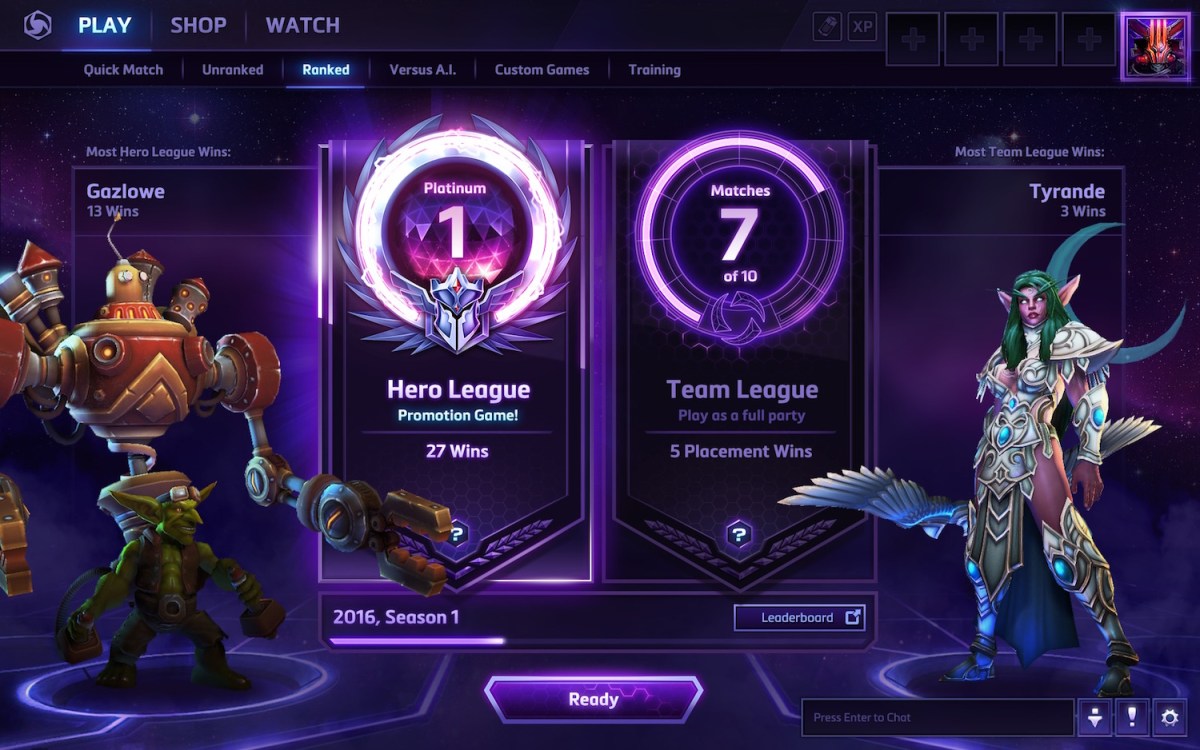 Chayes: It wasn’t a major concern, to be honest. We felt like these are games that can coexist. In fact, we’ve seen a lot of players who play both Hearthstone and World of Warcraft. In fact, a lot of the people who know the most about the lore and the history of the cards in Hearthstone are previous World of Warcraft players. They’ve seen how Kel’thuzad was released as a major boss in a raid and how he’s translated to an adventure in Hearthstone. It’s a fun connection there. But the play patterns of Hearthstone work pretty well as far as fitting in a short game here or there. That isn’t necessarily a form of competition with someone who wants to keep playing World of Warcraft.

GamesBeat: Have you done any research into the overlap between active WoW and subscribers and active Hearthstone players?

GamesBeat: Can you give us a loose idea of that number?

Chayes: The majority of our players are not necessarily co-active players of both games. But we do find that there’s a healthy percentage that are.

GamesBeat: Were you ever able to measure how many were lapsed players from WoW or Diablo or StarCraft who hadn’t played a Blizzard game in a while and discovered Hearthstone?

Chayes: We do keep an eye on those things. Unfortunately I don’t know the stats for that off the top of my head. But we have found that people come back to Blizzard by virtue of remembering some of the great experiences they had in the past. We’ve also seen cases where people come back to Blizzard via Hearthstone and then re-engage and resubscribe to World of Warcraft as well.