Blizzard announced today that the next expansion for its digital card game behemoth Hearthstone, Journey to Un’Goro, will release in April with 135 new cards. In 2016, Hearthstone earned $394.6 million earned in revenue, according to research firm SuperData. Expansions like this keep players engaged and give them new digital packs of cards to buy, giving the free-to-play game a way to continue making money.

This will be the ninth set of cards Blizzard has released since Hearthstone’s launch in 2014. Similar to the last few expansions, players can spend $50 to buy 50 packs of Journey to Un’Goro cards before it launches on PC and mobile. 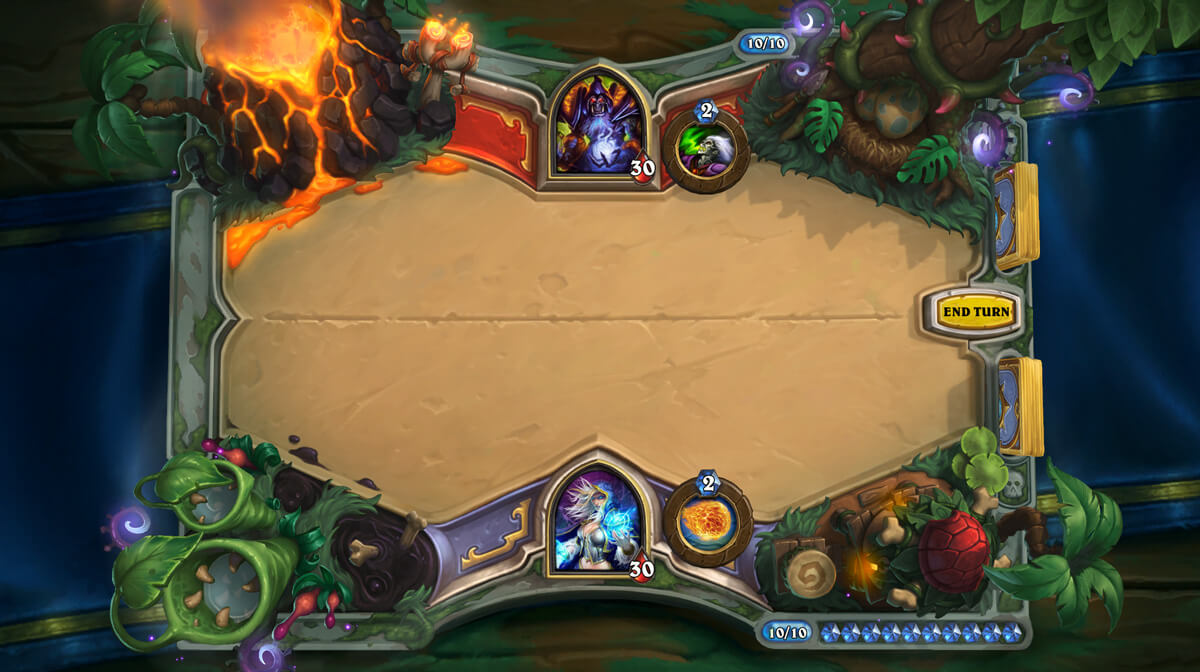 Above: Secrets of Un’Goro’s new game board.

Journey to Un’Goro leaked earlier in the month after a voice actress included the title in her resume. Un’Goro Crater is a location that’s been around since World of Warcraft’s launch in 2004. It stands out with it dense, primal-style scenery and dinosaur-like creatures.

The expansion will include new types of cards. This includes Quests, which are Legendary cards (the rarest type in the game) that starts the player on an objective. Completing the Quest gives you a reward. Look below for an example from the Priest class. 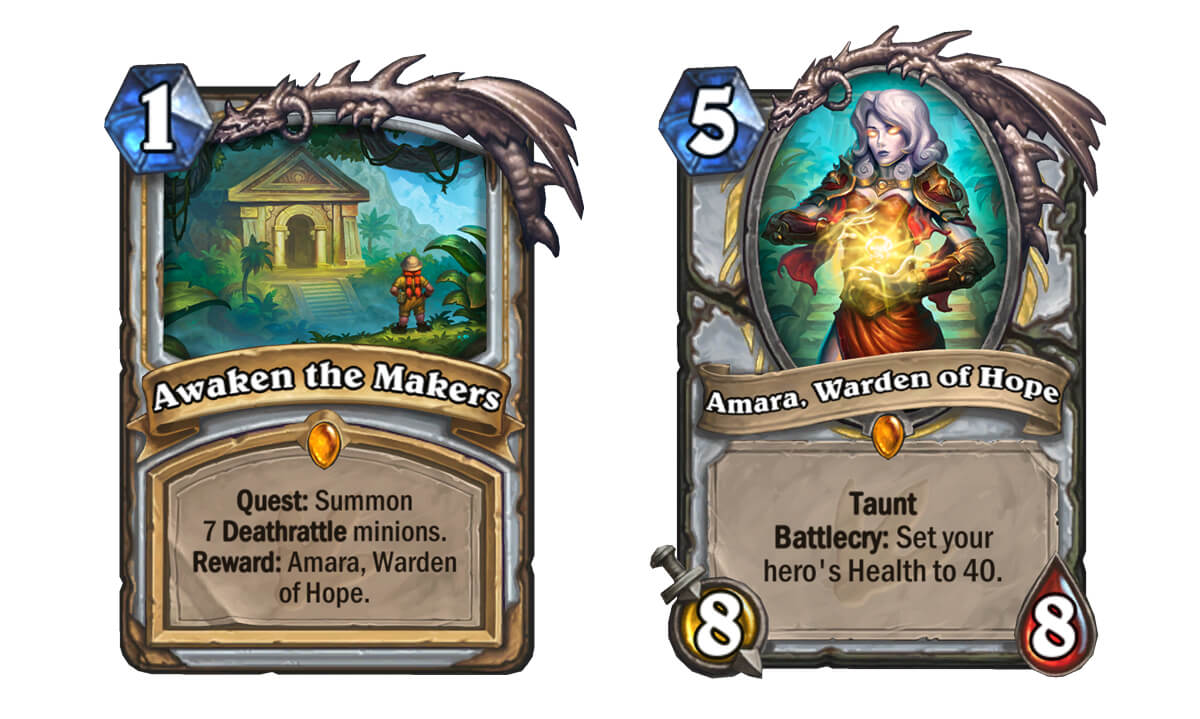 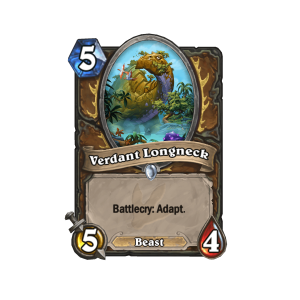 So, you play Awaken the Makers for 1 mana. Then, if you play seven minions with Deathrattle, you get the powerful Amara card added to your hand.

Un’Goro is also adding Adapt cards. These start as pretty basic minions, like the one to the right. However, when you play them, you can then choose to add another effect to them. Specifically, you can choose one of the 10 Adapt cards in the set (we have six examples of these below). It works similar to the Discover mechanic; only three of the options will appear each time for you to choose between. So, you can’t always depend on getting the one you want. Still, the Adapt cards have a unique kind of flexibility. 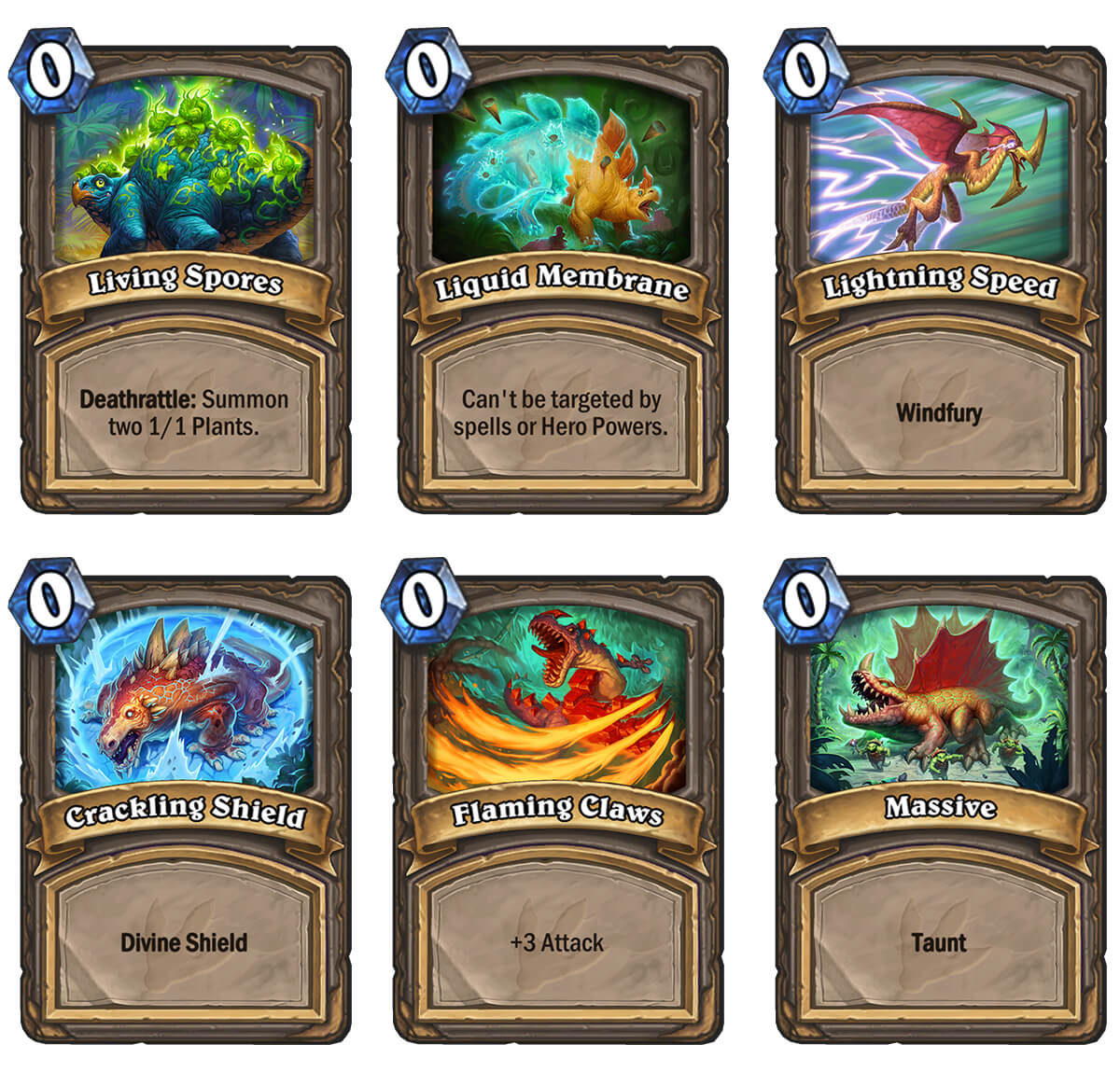 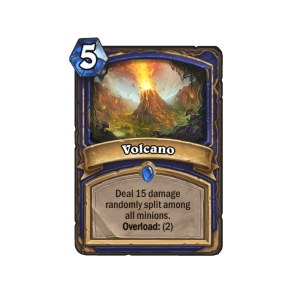 Blizzard also revealed a new Shaman card, Volcano, that deals 15 damage split across all minions. This could help that class swing games back in their direction if the opponent has more minions on the board. Along with Amara, it could be a powerful tool against fast-paced, aggressive decks that fill the board with a lot of low-cost minions. Many players criticized the last expansion, Mean Streets of Gadgetzan, for letting aggressive decks to become too successful.

We also got a look at a new Legendary Mage Minion, Pyros, whose Deathrattle effect puts more powerful versions of the card in your hand. It’s also worth noting that Blizzard classifies Pyros as an Elemental. Previous elemental minions, like Frost Elemental, did not have any classification on their card. This could open up new synergies for these minions, like we’ve seen with Mechs, Dragons, and Pirates. 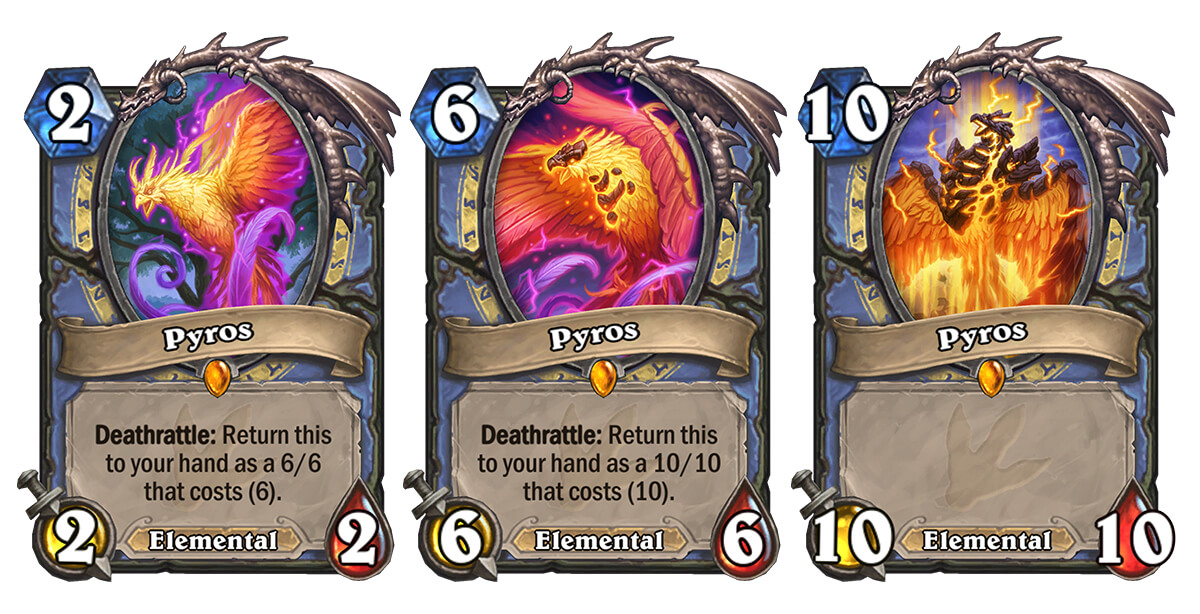 Above: It just keeps growing.

Un’Goro is the first of three expansions Blizzard has planned for 2017. When Un’Goro launches in April, it will also start the Year of the Mammoth. This change in the Standard cycle puts older sets into the Wild rotation, a mode of the game that lets you make decks with any cards. Specifically, Blackrock Mountain, The Grand Tournament, and League of Explorers will leave Standard.

This comes as Blizzard has announced other significant changes for Hearthstone. This includes the moving of some Classic cards to Wild and changes for the Arena mode. So, Un’Goro will have a bigger impact than most expansions. With a smaller card pool in Standard, each new addition in this expansion has a better chance to make an impact. And, since this expansion comes right when the Year of the Mammoth starts, these cards will likely be around in the Standard rotation longer than any of the other eligible sets (Whispers of the Old Gods, One Night in Karazhan, and Mean Streets of Gadgetzan), which should go out of rotation during the next Standard cycle change in about a year.

Correction, 1:13 p.m. Pacific: GamesBeat made an error when we reported the expansion had six Adapt cards. It has 10 Adapt cards, and Blizzard shared six of them with us. We apologize for the error.