Sylvanas has no time for Standard games.

Blizzard detailed the next year in its Standard format, the Year of the Mammoth, in a blog post today. It will make cards from older expansions unplayable in the game’s Standard format. But this is just one of the big changes coming to Hearthstone, the leader in the digital card game market with $394.6 million earned in revenue in 2016. Hearthstone’s future will also see no Adventures in 2017 and move some of its most iconic and oldest cards out of Standard. 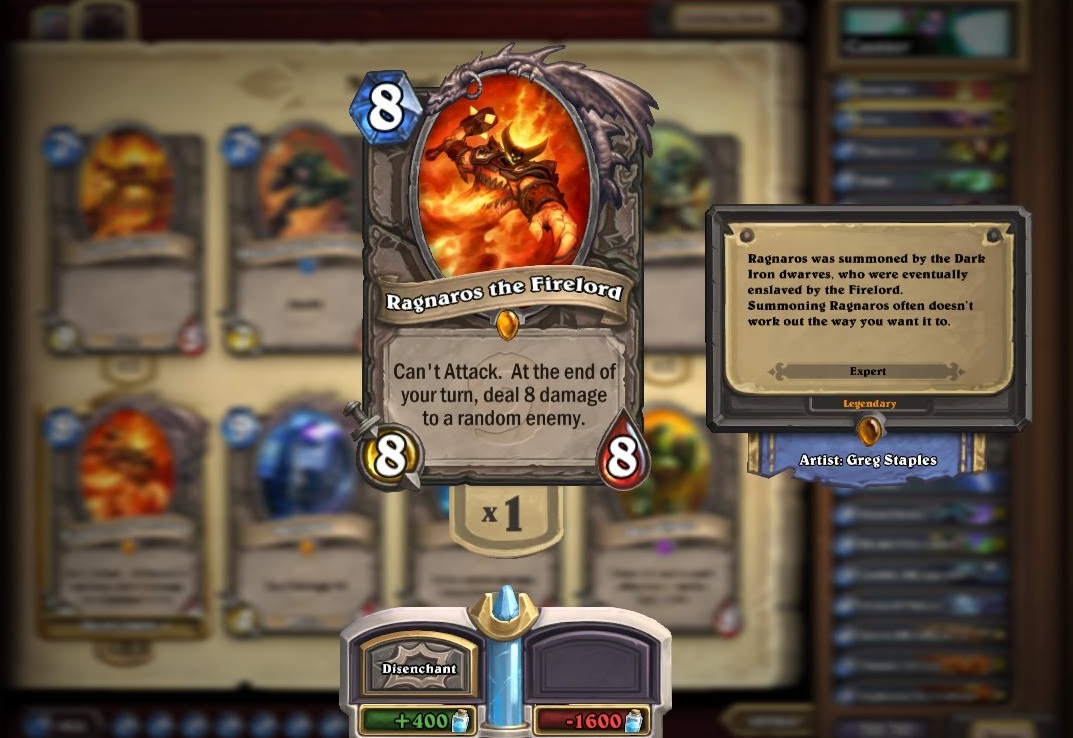 Above: Ragnaros has a reputation as one of Hearthstone’s most powerful cards.

Standard is a format that Blizzard started in 2016 with the Year of the Kraken. It restricts decks to using cards from more recent sets. However, players can still use all of the game’s cards in the Wild format. The Year of the Mammoth will move Blackrock Mountain, The Grand Tournament, and The League of Explorers sets to Wild once the digital card game’s first expansion comes out in 2017 (which it hasn’t announced yet).

When the Year of the Mammoth begins, Blizzard will also for the first time move cards from the Classic Hearthstone collection to Wild  — although it did move Old Murk-Eye and Captain’s Parrot, two cards originally released during the Classic era as quest rewards, into Wild last year. Classic cards launched with Hearthstone in 2014, and they have so far been immune from the Standard rotation. Last year, Blizzard balanced (or nerfed, as the community refers to such changes) some Classic cards that it thought were too powerful. Now, it’s moving them to Wild as part of a new “Hall of Fame” collection. It’s doing this so that players can still use them for deck-building in Wild, since nerfs to past Classic cards had often made them too weak for any format. However, this will also freshen up Standard and give players who are sick of seeing the same cards in every deck some new experiences.

These are the Classic cards moving to Wild:

Blizzard is moving the neutral cards Azure Drake, Sylvanas, and Ragnaros because they are so powerful that they are almost auto-includes in too many decks. Power Overwhelming enables Warlocks to burst out a lot of damage for cheap, using other cards like Faceless Manipulator and Leeroy Jenkins to perform lethal combos. Ice Lance is a tool in the Freeze Mage archetype, a deck that has persisted since Hearthstone’s beta test. As for Conceal, Blizzard feels that the card is frustrating for others to play against, since they often can’t do anything against a board of stealthed enemy minions. It also weakens another long-time deck archetype, Miracle Rogue, something Blizzard already tried to do before by nerfing Gadgetzan Auctioneer (changing its mana cost from 5 to 6). That nerf wasn’t enough to kill Miracle Rogue, as it’s one of the strongest Rogue variants today.

If you have any of these cards, Blizzard will give you a full Arcane Dust refund while permitting you to keep the cards for use in Wild (in the past, you’d get full Dust value for disenchanting cards from your collection after nerfs and other changes). Arcane Dust is a resource that you use to craft specific cards from breaking down unwanted ones. Blizzard is doing this to encourage more people to try out the format. It is also working with  third-party tournament organizers to create competitive events for Wild, and Blizzard will launch a Wild version of the Heroic Tavern Brawl after the release of the next expansions. Above: Traditional Adventures are gone in 2017, but we’ll get something similar in expansions.

Card roll-outs are seeing some big changes. Until now, Blizzard has alternated between regular expansions and Adventures. Expansions add over 100 new cards with no single-player content. You unlock the new cards by buying digital packs in the in-game store. Adventures cost money upfront to unlock and have players battling A.I. opponents in a more story-based campaign to unlock cards. Adventures contain fewer cards than expansions do, but once you pay to unlock the full content package, you get all the cards.

But during the Year of the Mammoth, Blizzard will not release any traditional Adventures. Instead it will release an expansion toward the start of the year, one in the middle, and one around the end. Each one will contain about 130 cards. However, Blizzard will make single-player content part of expansions starting with the release of the second set in 2017. Blizzard told GamesBeat that the single-player part of expansions will be free.

This will change the way Blizzard monetizes Hearthstone. Adventures usually cost around $20 to unlock all of the wings. Now, however, Blizzard will have to depend even more on selling digital card packs. 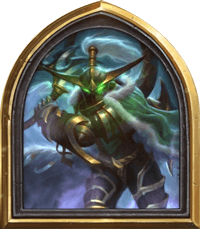 Above: A new challenger approaches.

Blizzard is also releasing a new Hero character for Rogues, Maiev Shadowsong. Unlocking Maiev will only require players to win 10 games in either Ranked or Casual play after the next expansion comes out. This is a rather easy requirement compared to previous Heroes, which usually cost money or required you play other Blizzard games to acquire. Blizzard is also planning to offer log-in bonuses like Gold, Arcane Dust, and card packs leading up to the release of the next expansion.

The Hearthstone team is busy making changes. Earlier in the week, it announced that it was nerfing two of game’s most powerful cards, Spirit Claws and Small-Time Buccaneer.